The Best Cameras for YouTube Creators: Beginner to Pro

So you want to be a YouTuber? You need the right equipment. However, the startup doesn’t have to be costly. Whether you’re shooting comedy, scripted scenes, or vlogging out and about, there are a variety of affordable cameras at every budget level — beginner, intermediate, and professional.

You’ll want to consider the features you need for the production. If you’re shooting in a studio, you won’t need stabilization as much as a run-and-gun vlogger. You can also skimp on weather protection and low-light capability. If you’re shooting action sports, look for a camera with a high frame rate capability like 120fps, fast autofocus, and in-body stabilization.

Need high-quality audio? You’ll need a camera with audio output jacks so you can attach a higher quality mic, such as a Røde.

And then there’s resolution and image quality. Keeping in mind that YouTube compresses every single upload, you may still want the best picture quality for other uses. That’s where you’ll find the most significant difference between a crop sensor and full-frame cameras.

Do you need to achieve a variety of framing and focal lengths? Then you’ll need a camera body that allows for detachable lenses. Start with a 35mm lens, which is the most flattering for faces, then build out your collection based on your needs. You’ll likely want a zoom lens for on-the-go shooting (24-70mm), a high aperture prime lens (50-85mm) for that beautiful, cinematic bokeh, and a wide-angle lens (12-16mm) if you’re using a gimbal and shooting tracking shots.

If your YouTube content needs to be high-quality, perhaps 4K, consider a full-frame DSLR. Of course, YouTube compresses even high-quality video. Still, if you need high frame rates (for shooting slow-motion), razor-sharp images, or low-light footage without image quality loss, your budget should be around $2-3,000 just for the camera body. Full-frame cameras also offer the option to record log or raw footage, which allows for a fuller range of color grading options.

The Sony a7SIII has been on the wishlist of Sony mirrorless users for many years now and will be launched in September 2020. While other manufacturers have delivered on 4K resolution at high frame rates (for recording slow-motion) like 60fps, Sony is finally providing 4K at 120fps and an impressive bit rate of 10. Sony has also improved low-light quality, reduced rolling shutter by up to eight times, and improved stabilization. Perhaps the most generous gift in this body is the articulating screen (finally!) so users can easily see what they are filming. It’s been a long time coming, but this new model is leaps and bounds ahead of what Sony has offered in their Alpha series.

For more cinematic YouTubers, this is the best camera for YouTube creators on the market for quality and price. 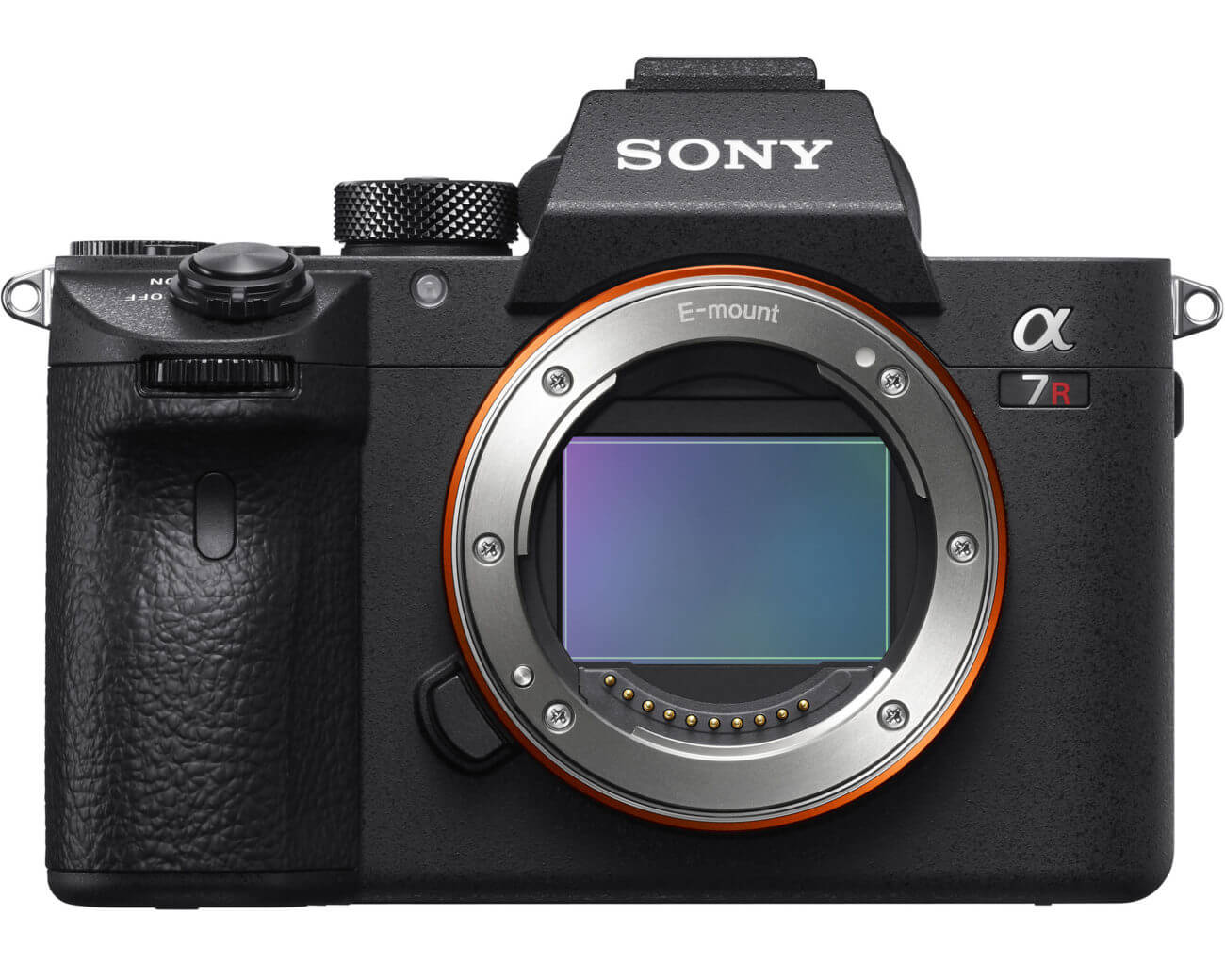 This filmmaker has long used Sony Alpha series mirrorless DSLRs to shoot everything from documentary to travel content for Global Girl Travels. The RIII has been in my holster for a couple years now along with the older a7SII, but the RIII doubles as an excellent stills camera at 42 megapixels. The full-frame camera has fast autofocus, in-body stabilization, high ISO, and shoots up to 4K at 30fps. The newer RIV upgrades to 61MP and Faster Hybrid Autofocus at 567 Phase detection AF points and 425 contrast AF points to cover more area. I’ve always loved the lightweight body and ability to use Zeiss glass, as well as excellent low-light capability.

The Blackmagic may be more obscure but punches way above its weight for quality and price. Known for excellent video quality (up to 6K for under $2,000!), a range of output ports, and the popular Canon EF mount for high-quality lens options, it’s tough to find a direct competitor.

The Pocket Cinema Camera 6K also shoots RAW video allowing for much more control in the editing. Blackmagic’s Davinci Resolve software even features tools to change the ISOs of clips after they are captured!

One con is the lack of articulating screen, but for studio work, this model can’t be beaten.

These cameras still deliver high-quality video at 4K, but you’ll often sacrifice a full-frame sensor. If you’ve got a bit of shooting experience under your belt and are up for learning more complex controls and menus, an intermediate DSLR is the way to go. 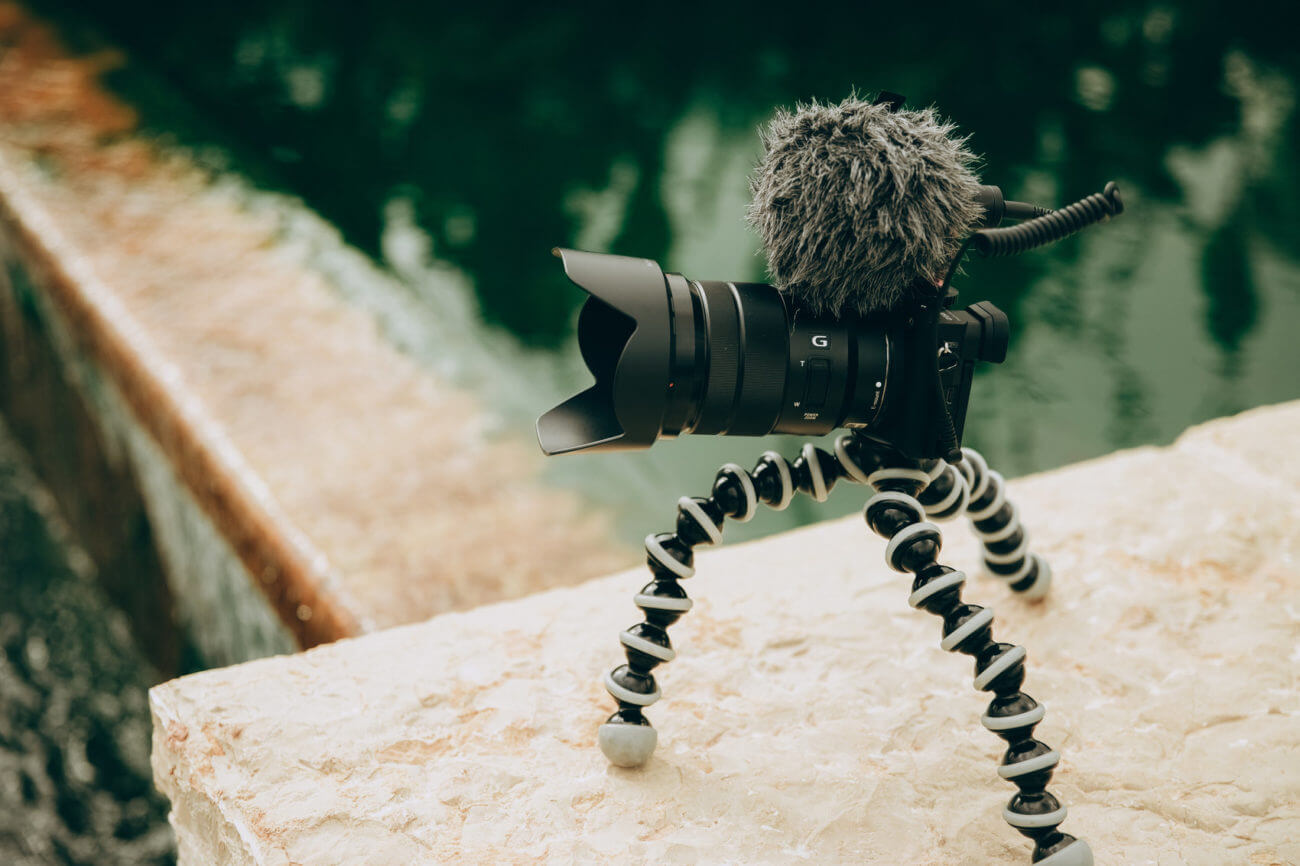 According to YouTuber Wade Holland, the price point of the Sony a6400 is “much more affordable compared to many of the other professional-grade cameras that offer similar specs.” The a6400 allows for 4K shooting at 30fps.

He also loves the compact body, which is excellent for travel.

“Basically, the camera checks so many boxes and at such an appealing price point, it was my choice of camera for the style of video I create: On the go, action-adventure, host driven, selfie shot video.” 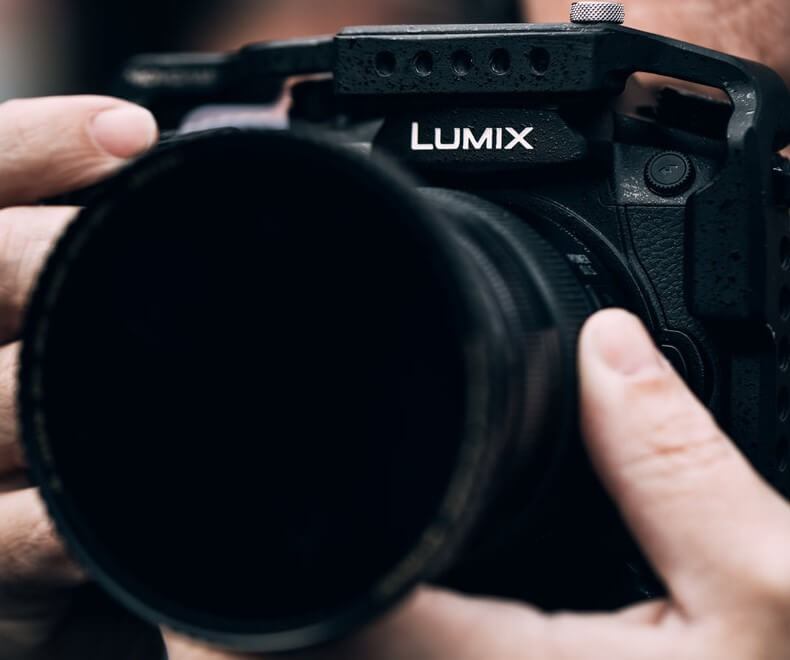 The Panasonic LUMIX GH5 was built for video and has been a favorite of cinematographers and vloggers alike for years. The biggest selling point on this mirrorless DSLR is the 4K 60fps capability. That means having the ability to capture high-speed action at high quality.

Cat vlogger James Petix swears by the Canon 6D Mark 2 for his series, Catman Adventures. He loves the full-frame sensor, flip-out screen, and fast autofocus, as well as the mid-range price point.

It’s known for its Fast Dual Pixel live view AF, variable angle rear touchscreen, and ergonomic handling, build and controls. It also has a 26.2-megapixel sensor so if you are a still photographer too, you’re covered for high-quality, large pixel possibility. The 45-point array autofocus is leaps and bounds ahead of the old model’s outdated nine-point system.

Canon users swear by the richness of color and skin tone match and are often loyal to the brand for this exact reason.

Our beginner choices for best cameras for YouTube creators are made for run-and-gun shooting and offer the easiest “plug and play” use for everything from on-the-go vlogging to action sports. 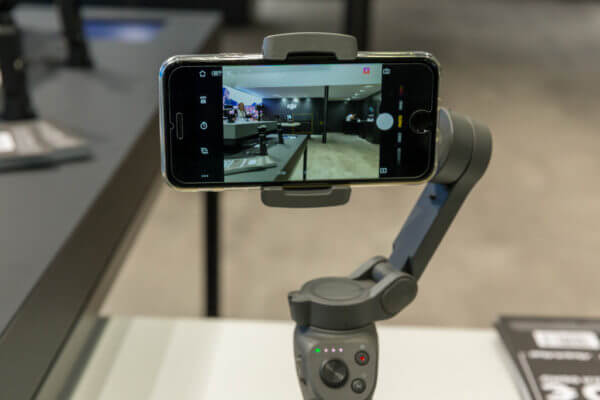 DJI’s Osmo Mobile 3 isn’t a camera, it’s a stabilizer, and we’ve recommended it in our post about how to use a gimbal. If you’re shooting with a high-quality phone such as the latest iPhone or Android, adding a low-priced Osmo makes sense. It’s the easiest gateway into vlogging and live-streaming. The three-axis stabilizer, known as a gimbal, is lightweight, easy to hold and operate and will give you buttery smooth movement for filming on the go. The Osmo has decent auto-tracking and allows for filming vertical or horizontal. The best part is that you don’t have to learn a more complicated DSLR. Simply point and press record. 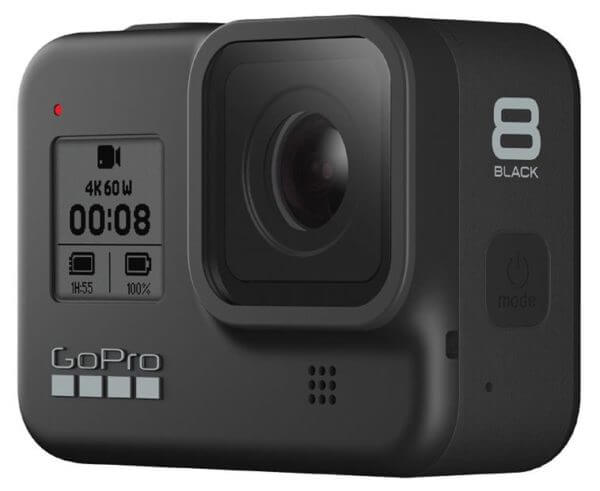 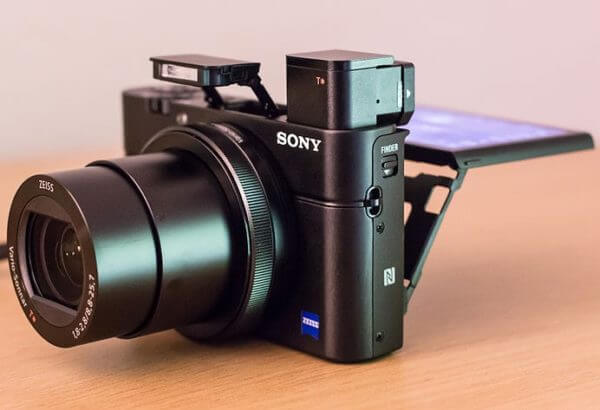 Better than a phone, but still compact and portable, the Sony RX100 III shoots up to 4K. With the RX100, you get a large image sensor and bright lens — perfect for low-light, which is one of Sony’s hallmarks in most series.

The flip-up LCD screen makes self-portraits a breeze and is known as one of the best vlogging point-and-shoot cameras.

Take your time to consider precisely what you need to accomplish your production mission. If you’re a beginner, check out our post about how to choose your first video camera. Whether mirrorless or DSLR or point and shoot, there’s a YouTube-appropriate camera for everyone at all skill levels and prices!

The Hybrid Camera Guide: The Best Cameras for Photography and Video

Get to Know Your Kit Lens

FCPX for Beginners: How to Import Files to Final Cut Pro