Getting Your Video Camera Aperture Right

Aperture means ‘hole’, ‘gap’ or ‘opening’ and it lets light through your lens to your sensor
A large aperture will let in lots of light and produce a shallow depth-of-field; a small aperture restricts light and brings more of your scene into focus
Aperture is measured in ƒ-stops; an ƒ-stop of ƒ/1.8 is large, while an aperture of ƒ/16 is small

Whether you are shooting stills or video, there are a few fundamentals that you need to know in relation to how your camera and its optics work. One of those is aperture. So if you’ve ever wondered ‘What is aperture?’, or indeed anything else related to camera aperture, we’re here to walk you through it.

Aperture means ‘hole’, ‘gap’ or ‘opening’. Light passes through the aperture in your camera’s lens to reach your camera’s sensor, or film if you’re old-school, to create an image. 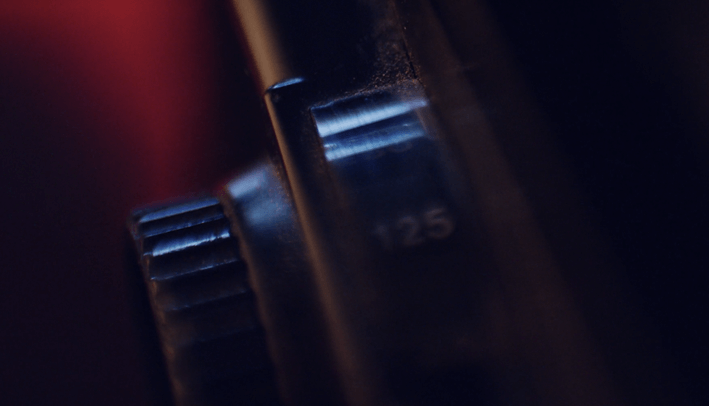 By adjusting your lens’ aperture, you will have both a technical and a creative impact on your image. From a technical perspective, the larger the aperture you use, the more light will reach your sensor. Creatively, a large aperture will afford you a shallow depth of field. The opposite is true if you choose a smaller aperture: less light will be able to hit your sensor, but you will bring more of your scene into focus.

Lenses come with variable apertures that are measured in ƒ-stops. An aperture of ƒ/1.8 is considered large, while an aperture of ƒ/16 is regarded as small. If you’re wondering why the smaller number represents a larger aperture, it’s because ƒ-stops are calculated by the size of the gap in relation to the focal length of the lens. At a focal length of 100mm, the physical size of an ƒ/2.0 aperture will be 50mm. A 50mm lens with an aperture of ƒ/8.0 will have an opening measuring 6.25mm. 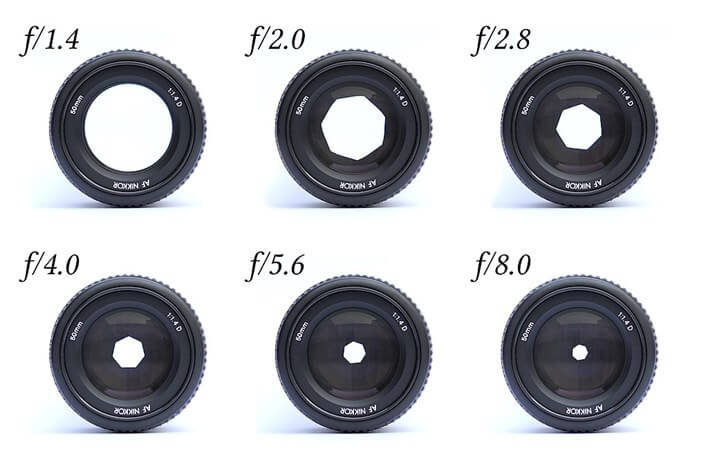 A quick word on cinematic lenses. These will use T-stops rather than ƒ-stops. T-stops offer a precise measurement of light rather than a measurement of the gap size in the lens relative to its focal length, which is what an ƒ-stop is. The values are not quite the same but are very close.

When you shoot stills, you control the exposure of your images by adjusting the aperture, shutter speed and ISO used to capture them. If you want to shoot with a smaller aperture for a deeper depth of field but need more light to nail your exposure, you can opt for a longer shutter speed and/or a higher ISO.

When it comes to shooting video, you will be much more reliant on adjusting your aperture to control your exposure. You don’t have so much flexibility with your shutter speed because that will be determined by your frame rate. 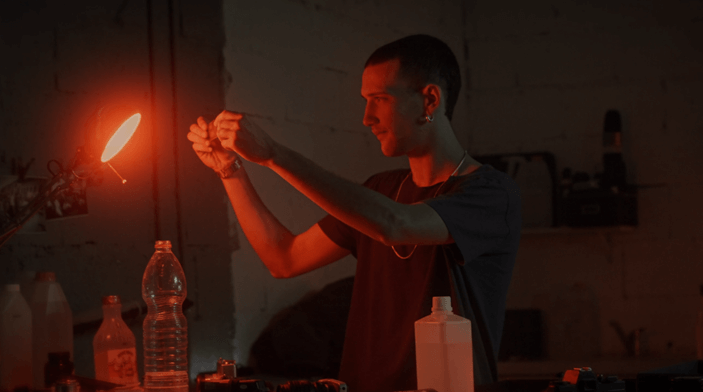 When you have a too bright and over-exposed scene, you can use a smaller aperture to reduce the light levels reaching the sensor. But if you don’t want the deeper depth of field that comes with the smaller aperture, then try placing a neutral density filter over your lens instead. The neutral density filter should block out some light and help to control the exposure without bringing too much of the scene into focus.

If you need to increase the light levels to get the correct exposure, you can use a larger aperture. If your aperture is already as large as it can go, or if you really don’t want a shallower depth of field, you have two options. First, you can increase the ISO, but do be careful that you don’t introduce too much noise into the scene. Second, you can increase the intensity of the lights on your set. Selecting your camera’s aperture against ISO and lighting can be a bit of a balancing act, so you might need to experiment a little to get your video exposure just right.

Dedicated cinematic lenses usually have a ring on the lens itself that you use to adjust the aperture. It makes for smooth transitions. If you’re using a lens that doubles as a photography and videography lens on a DSLR or mirrorless camera, you are most likely going to control its aperture from a dial. However, some manufacturers, such as Sony and Fujifilm, do produce lenses with aperture rings, and you might want to take a look at those.

Some DSLR cameras have a depth of field preview button to help you judge the depth of field and select your DSLR’s aperture. But not all do, and when it comes to mirrorless vs. DSLR, this is where mirrorless cameras probably have the advantage. Mirrorless cameras’ electronic viewfinders give you a much easier means to assess video exposure and adjust the aperture according to your aesthetic.

When choosing a camera for making videos, there are many considerations to be made, not just on the ability to preview your depth of field and exposure. If you’re not sure, we have two articles that can help you out: one looks at the best mirrorless cameras, and the other weighs up the best DSLR cameras.

What’s the best aperture for video? It depends on many different factors, from your creative vision to the amount of light you can control on your set. But it’s all part of the fun of filmmaking.

The Different Types of Focus in Films and Videos