The Best Mirrorless Cameras for 2021

Choosing a new camera can feel a little overwhelming. Every time you go to YouTube, you’ll find it’s swamped with uploads of reviews on all the new, shiny cameras being released almost daily–each claiming to be the ‘perfect mirrorless camera for you.’ The truth is, there are few ‘bad’ cameras on the market these days. Almost every option is good. So, how do you pick? It’s not easy.

Fortunately, we’re here to help you out. We’ve put together a quick guide and a list of contenders for the best mirrorless camera for 2021.

What is a mirrorless camera?

The clue is in the name. Unlike DSLRs, mirrorless cameras don’t have mirrors. Instead, light travels through the lens and hits the sensor straight on. The sensor processes the image and almost simultaneously displays it either on the monitor, on the back of the camera or on an Electronic Viewfinder (EVF). So, when you push the shutter button, the camera records what’s on the sensor at that precise moment. 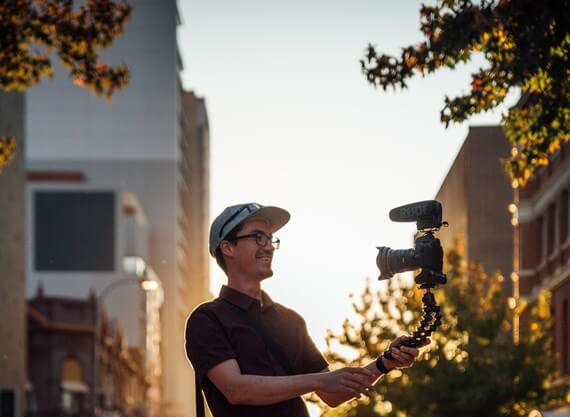 The key advantage with mirrorless cameras is that they don’t need big mirrors to reflect the light or complicated optical viewfinders. As a result, they’re often a lot smaller and lighter than DSLRs, which is great for travel. Other functions, like autofocus, can be done on the sensor itself. This means very fast read times. In general, mirrorless cameras are now capable of brilliantly quick performance levels.

Mirrorless cameras have also developed at the high-end with full-frame sensors, so there’s really not much difference between their output when compared with a traditional DSLR.

For more on this, check out our DSLR vs. Mirrorless post, which discusses the merits of both and which one is best for you.

Things to look out for

Before we get into the list, there are a few things you should look out for when choosing your mirrorless camera:

Price: When on the hunt for the best mirrorless camera, remember that the most expensive camera does not equate to the best photos, films and video. While more money will generally ensure higher quality and more features, there are lots of other things to consider here. If you do your research, you could walk away with a camera that does everything you need it to do without breaking the bank.

Viewfinder: For years, most DSLRs have come equipped with glorious, beautiful optical viewfinders. Mirrorless cameras took a while to catch up, but the latest mirrorless-camera electronic viewfinders (EVFs) have closed the gap. For the best results, don’t settle for any EVF promising less than 2.36 million dots; aim for 3.69 million and a magnification of around 0.76x or higher.

Autofocus: Mirrorless cameras are known for their exceptionally high performance when it comes to autofocusing (AF). This is because they allow AF to be done on the sensor itself. Furthermore, higher-end models make use of hybrid autofocus systems, a best-of-both-worlds approach that combines the accuracy of the contrast-detect AF with the speed of phase-detect AF. Take the time to try out different systems and find which one responds and works best for you.

Low-light performance: Depending on the sensor size involved, some mirrorless cameras perform exceptionally well in low-light conditions. Others, not so well. Keep in mind how important low-light performance is to you (and how often you expect to be shooting in suboptimal light), and take the time to identify which models perform best and worst in this area.

Lens options: Having the option to change lenses is a big deal when picking a new mirrorless camera. You need to consider which brand you’re buying and the type of lens mount it uses, as this will determine which lens family you’ll be joining. Furthermore, some mirrorless cameras are full-frame, while some smaller models are on the Micro Four Thirds (MFT) system. All of these factors will impact your choice of lenses.

Now that you know what to look for, let’s take a look at our contenders for the very best mirrorless camera for 2021. 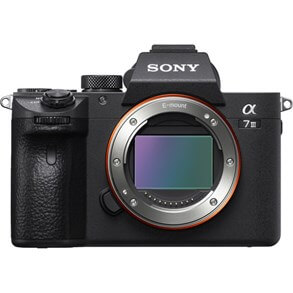 With few weaknesses, the Sony A7III may be 3 years old, but it’s still holding its own against increasingly fierce competition. We’ve found it continues to provide one of the best combinations of compact size and features available in the full-frame camera market. Autofocus, in-body image stabilization (IBIS), lens options and performance are all top-notch. It’s hard to look past this trailblazing classic. 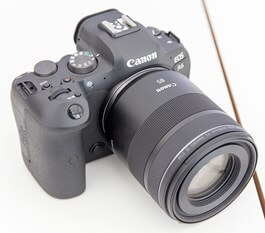 It feels like Canon’s foray into the mirrorless world has properly kicked off with the Canon EOS R6. It’s a huge release (that includes the price tag and subsequent internet chatter too). Overheating issues aside, its video performance is incredible, not to mention its brilliant autofocus system that simply won’t be beaten anytime soon. If you have the money, the R6 could be well worth the investment. 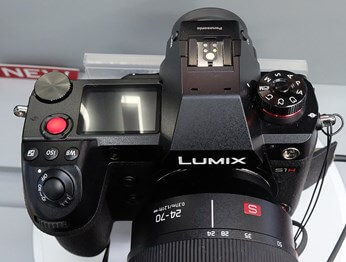 For a while now, Panasonic has been leading the way for mirrorless cameras aimed at videographers. The S1H is no exception, with advanced video features such as 6K resolution, 4:2:2 10-bit internal recording, V-Log gamma, video scopes, anamorphic support and numerous other small details. Think of the S1H as a ‘bridge’ between conventional system cameras and higher-end cine gear (including Panasonic’s own VariCam line). 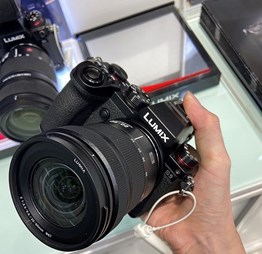 The Panasonic Lumix S5 takes everything great about the S1H’s video capabilities and packs them into a much more compact body. In fact, the S5 is even smaller than the infamous Panasonic Lumix GH5 (which has a tiny MFT sensor). A true hybrid, the S5 can capture both video and photos with ease. However, video is definitely where this camera excels. Uncropped 4K at 30p (recording in 10-bit), fantastic 5-axis IBIS and a host of high-end features like dual native ISO and V-Log. What more could you want? 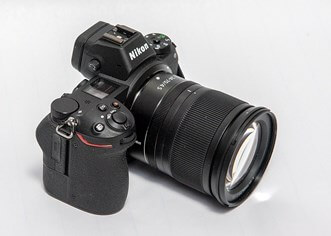 While not at the very top of the pile anymore, the Nikon Z6 II (an upgrade to the original Z6) still holds its own. The image quality is fantastic thanks to its beautiful, large, 24MP full-frame BSI CMOS sensor. Furthermore, we doubt you’ll find a mirrorless camera that handles and ‘feels’ better in your hands. This could prove the perfect option for those looking to switch over from Nikon’s DSLR offerings. 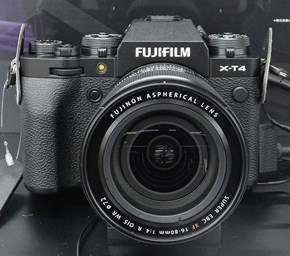 With the inclusion of in-body image stabilization, a new battery and a new, quieter shutter, Fujifilm has taken everything great about their X-T3 and made it even better. The Fujifilm X-T4 is equally comfortable shooting both stills and 4K video. It boasts great build quality, a fun shooting experience and brilliant images. Oh–and it looks gorgeous, too!

The Best Smartphones for Recording Video in 2022