How to Use Frame Rates in Your Videos

For cinematic releases, the standard frame rate is 24 frames per second
TV and platforms such as Facebook and Instagram have more variation to their frame rates, but 30 is the maximum
If you are shooting for Vimeo or YouTube, you have a lot more flexibility with your frame rates, going to 60 fps with Vimeo and higher with YouTube

Frame rate, which you will also hear referred to as ‘frames per second’ or ‘fps’ and maybe even ‘framerate’, means how many frames your camera records each second to create a motion picture. After all, a moving picture is just a series of still images played quickly in succession. When a video is displayed on a screen, the speed at which it is played is also known as the frame rate. For footage to appear ‘normal’, capture and playback frame rates should be the same.

In theory, you can shoot a motion picture anywhere from about 20 frames per second to as fast as your camera can record, write and refresh, but there are some rough standardizations when it comes to frame rate. If you were to shoot at under 12 frames per second, the human eye would be able to differentiate between the individual frames, so that’s not advisable. At about 16 frames per second, your videos will resemble old silent movies when the reels were hand-cranked. From 24 fps up, the frame rate that you choose will depend on where you expect your work to be seen, what you’re shooting and the impact that you want to have on your audience. Anything over 60 fps is referred to as high frame rate.

As a rough guide, these are where you can expect to see various frame rates being used:

If you are planning on shooting for cinematic release or TV broadcast, you should aim to use a frame rate that follows the standards for cinema or the broadcaster. If you intend to upload your video to Facebook, then it requires a frame rate of 30 fps or under; the same goes for when you upload video to Instagram.

If you’re a gamer looking to livestream, most of the time it will be between 30 and 60 frames per second.

YouTube and Vimeo allow you a little more flexibility with frame rates. Vimeo accepts anything up to 60 frames per second. When it comes to making the best quality video for YouTube, you must encode and upload your video at the same frame rate as it was recorded, but what that frame rate is doesn’t matter. You can get as creative as you want with YouTube.

How 24 frames per second came to be the standard for cinematic releases is, like a lot of photography and film history, a mixture of necessity and habit. For a motion picture to look realistic, it needs to be filmed at at least 20 fps. Using a higher frame rate looks good, but when movies were made on celluloid, the more frames you shot, the more film you needed, and that was expensive. The compromise between aesthetics and economy came at 24 fps. This captures a little bit of motion blur, which we are used to in real life, but still seems smooth, and didn’t use too much film.

After so many years of cinematic releases, we’re now accustomed to that frame rate and regard it as realistic. One of the most common reactions to The Hobbit trilogy, filmed at 48 fps, was that it was ‘too much’. There was too much information being thrown at you and the motion looked ‘too smooth’. Maybe, eventually, we’ll adapt and 48 fps will feel normal and lifelike, but for now, it’s 24 fps.

What’s the difference between 30 and 60 fps? 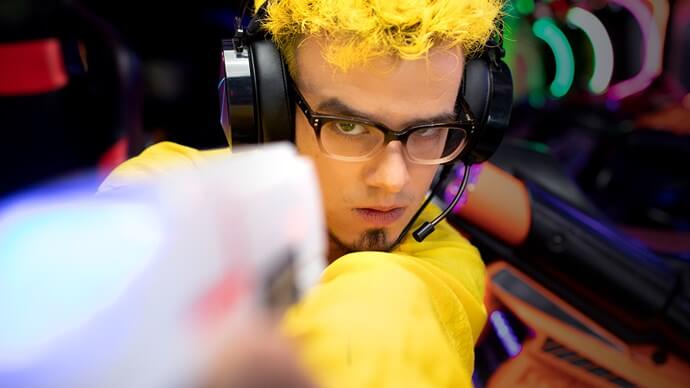 When it comes to 30 fps vs. 60 fps, the difference is mostly in how smooth the footage is. While 30 fps will keep your video looking closer to cinematic footage and keeps with what people are accustomed to on TV, for anything that is high speed, a high frame rate will prevent a jerky appearance and make it feel more even. It’s definitely worth thinking about 60 fps for videos that involve something like skateboarding or skiing; don’t dismiss it because of the distribution limitations. Yes, you will have more options to share your work at 30 fps, but Vimeo and YouTube are both huge platforms!

Deciding on 30 vs. 60 fps when it comes to livestreaming when you’re gaming is going to depend on your capture card and how fast it can process your data, and how stable and reliable your connection is. Yes, 60 fps is going to give a much smoother and slicker look, but if it keeps stuttering then it’s better to opt for the stability of 30 fps. The all-around experience will be better.

The impact of frame rate on your work

We’ve seen how frame rate has an impact on how your work looks and feels and where it can be distributed, but there are other technical considerations, too. A key factor when it comes to frame rate is your available light. As a general rule, your shutter angle should be 180º to give the most natural feel to your videos. By increasing your frame rate, you reduce the period of time that each frame is exposed to light, meaning that you need more light to achieve the same exposure at 60 fps than you would at 24 fps. This might not be a problem for you, but it is worth bearing in mind.

Using the frame rate that’s right for you

The frame rate you decide to use is going to depend as much on where you’re planning to use and release your work as to what you’re shooting. Your footage of snowboarders on a halfpipe might look fantastic at 60 fps, but if you planned on sharing it on Facebook, you’ll be stuck. It will be fine on YouTube, though. If you would like to recreate a cinematic feel, for example with a travel vlog, then stick with 24 fps. To give your footage a smoother appearance, especially if it’s faster-paced, then think about 30 fps.

While you can get creative with frame rates, it’s also an important technical decision. Make sure you double-check everything before you start shooting!

The Best Slow-Motion Cameras in 2021

How to Excel at Script Breakdown (Download Free Template)