Slo-mo footage is employed in cinema for many reasons: to amplify drama and emotion, capture high-speed sports or even to highlight features of the natural world
You don’t need an expensive camera to capture slo-mo anymore. All current smartphones have a slo-mo setting
Slow-motion footage must be retimed in your editing software, so you’ll need to understand recording settings and corresponding timeline frame rates to avoid stuttered footage

Slow-motion video can accomplish different things for a filmmaker. Slo-mo is often used to dramatize emotion and set a mood, but it’s also used in action films and nature videos. For example, there’s a huge visual impact in slow-motion of an explosion’s pyrotechnics or the wingbeat of a hummingbird.

Shooting high-quality slow-motion used to be impossible without expensive cinema cameras, but the democratization of content creation has only been possible because cameras have gotten cheaper and faster. And with the advent of the iPhone and its 240 fps (frames per second), even super slo-mo is possible. That’s more frames per second than even $3,000 DSLRs from Sony and Panasonic.

Video is nothing more than multiple still images, or frames, stitched together in quick succession, creating the illusion of motion. This is why frame rates matter. The frame rate is the rate at which the camera records images. Most video is displayed at 24 to 30 frames per second. You can think of a video sequence like a flipbook. If you flip 24 to 30 pages of a book in one second, the images appear to be in motion.

If you want that motion to appear slower, you need more images to make up the 24p timeline. For example, if you record 60 frames per second, you can slow it down by half; 120 frames can be retimed to 25%, and so on. The more frames per second you can record, the more detailed and sharp your slow-motion will appear. You can slow 960 fps down to 3%, creating super slow motion.

Can you slow down footage that wasn’t shot in a frame rate higher than 30 fps? Technically, yes, you can, but it won’t look good. It will look choppy and stuttered. That’s why you need to pay attention to frame rate when shooting. It’s not usually a problem you can fix in post!

How to shoot slow-motion on your camera

First, locate the settings that control frame rate. Standard slow motion is shot at 60 fps, while super slow motion goes up to 1,000 fps. Keep in mind that most cameras will shoot higher frame rates in 1080p than in 4K. So, you’ll need to determine the best combination of frame rate and resolution for your particular scene or video.

Lock-off focus and exposure to avoid changes in either while subjects are moving fast.

Consider how light dramatizes movement, such as in this clip of a woman walking on a sun-drenched beach:

Or this clip of a blazing fire:

How to shoot slow-motion on your phone

To shoot slow-motion on your phone, first, locate the frame rate settings. Select a frame rate of 60 fps or higher. Some phones simply indicate the option as “slo-mo” or “slow motion.” Keep in mind that slo-mo clips are bigger in file size, so it’s better to limit them to 10 or so seconds in length.

Next, keep the camera steady. You don’t want to cause the camera to lose focus or blur your image through motion. Plan your shot beforehand, framing your subject precisely, then tap the focus square to lock focus. Practice shooting people or objects you can direct and control, such as hair blowing in the wind or water pouring out of a pitcher into a glass. Then move on to shooting more dynamic subjects like athletes and animals.

The best cameras for slow-motion 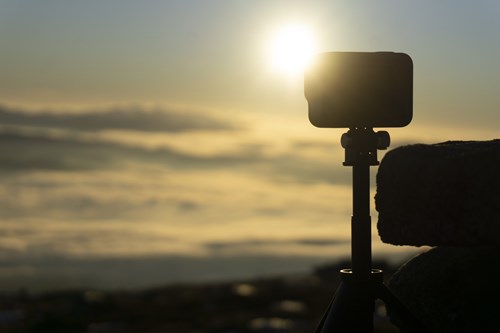 The GoPro Hero9 Black action camera shoots an impressive 240 fps at 1080p and 60 fps at 4K. This means you can playback footage at 1/8th of the speed—1 second becomes 8. The brand’s HyperSmooth digital image stabilization, TimeWarp 3.0 for real and half-speed capture and ease of use make it a top choice for a basic slo-mo camera. 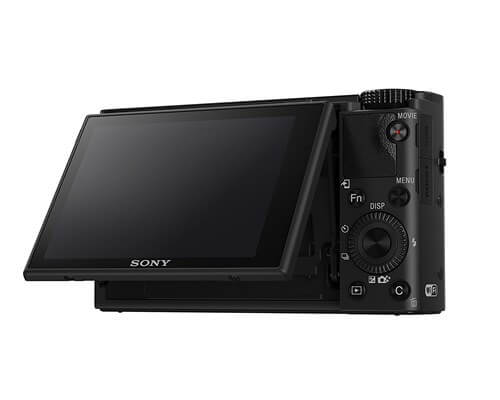 The RX100 IV can capture super slow-motion HFR videos at up to 40x slower than real-time. You can choose from 960 fps, 480 fps or 240 fps to playback in XAVC S at 1920 x 1080, in either 60p, 30p or 24p4. This model is also easier to use than a DSLR with interchangeable lenses and can fit in your pocket, making it convenient for shooting high-speed action sports or events on the fly. 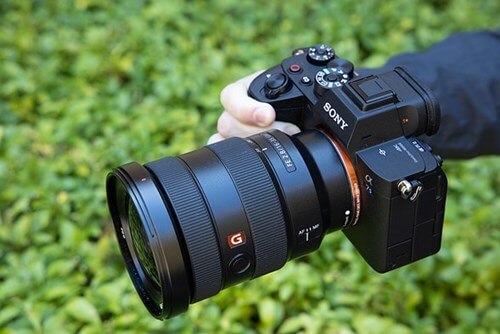 Released in late 2020, Sony has finally delivered a 4K cinema-quality picture capable of up to 120 fps. The Sony a7SIII has been on the wishlist of Sony mirrorless users for years now, with its 4K at 120 fps and an impressive bit rate of 10. Sony has also improved low-light quality, reduced rolling shutter by up to eight times, and improved stabilization.

March 2021 update: Sony released another camera, the FX3, which holds many similarities to the a7s III, but shoots video only. Check out our comparison post where we weigh in on the a7s III vs. FX3 debate.

How to edit slo-mo footage

You don’t need pro editing software anymore to handle slo-mo video, though you may want to consider that file sizes will be heftier, and pro software gives you the option to create lightweight proxy files and is all-around more robust. For a few phone clips, take advantage of built-in Android and Apple apps. For pro work or long-form, you’ll want to use editing software like Adobe Premiere, Final Cut Pro X, DaVinci Resolve, or Adobe After Effects, to name a few.

When slowing down footage in your timeline, you’ll need to do a bit of math.

Here’s a cheat sheet that spells out frame rates and their respective lengths:

The one little bit of fixing you can do in post is time interpolation. It’s a setting that allows you to change the clip’s frame rate by leveraging optical flow to interpolate missing frames. That may sound quite complicated but experiment with it, and you’ll see. The alternative to the optical flow setting is frame blending, which merges two neighboring frames to reduce stutter, essentially stretching out the footage. Stick to frame blending for clips that are at 50% speed or higher.

If you’ve shot slo-mo so you can employ speed ramps, here’s a pro tip: apply motion blur. Motion blur plugins for FCPX work well to add a touch of blur to smooth out transitions. So, if you’re shooting a surfer cresting a wave and want to ramp down the speed just as he catches air, apply motion blur in that transition from 100% speed to 50% or less. It’s an easy way to add a pro touch and elevate the quality of your footage.

Take advantage of the dramatic effects and visual impact of shooting slo-mo, pay attention to frame rate both while you shoot and edit, and don’t forget to include stock footage from Artgrid’s extensive library. You’ll find various slo-mo and super slo-mo video clips from misty waterfalls to science studio experiments.

How to Choose Background Music for Your Corporate Video

Tips for Getting Better Lighting for Your Webcam Videos