How to Shoot Killer B-Roll

B-Roll footage is crucial to support the principal photography. Without it, your story or film will be incomplete
Plan your B-Roll carefully with a storyboard, use a variety of angles, shot types and transitions to have flexibility
Use stock footage for inspiration and include it in your B-Roll. but make sure it has the same look as your video

It’s in everything–music videos, blockbuster films, TV shows, wedding videos, and commercials. Yes, we are talking about B-Roll. It may seem like the easiest part of the production, but shooting awesome B-Roll doesn’t happen by accident. Artlist recognizes the talent it takes to produce killer B-Roll and that’s why it has rewarded outstanding filmmakers in the B-Roll Challenge. Get inspiration from filmmakers like these and learn how to produce your own killer B-Roll. But first, what is B-Roll?

The term B-Roll originated in film days as “B-Reel,” a designation for secondary, supplemental footage to A-Roll, or primary footage. In the digital age, the term “A-Roll” has fallen out of use, but B-Roll, (also B roll/Broll), is still a widely used term in filmmaking and videography.

Generally, B-Roll footage is recorded without sound and is made up of establishing shots, cutaways, scenery or action to support primary imagery. In larger productions, B-Roll is often produced by smaller 2nd unit crews while the director stays with the principal crew.

Why do you need B-Roll?

B-Roll footage is crucial to support the principal photography. Without it, your story or film will be incomplete. A-Roll focuses on characters and the primary plot, while B-Roll provides vital cutaways and transitions to fill gaps in your timeline. It’s even used to cover mistakes (but don’t tell anyone!). 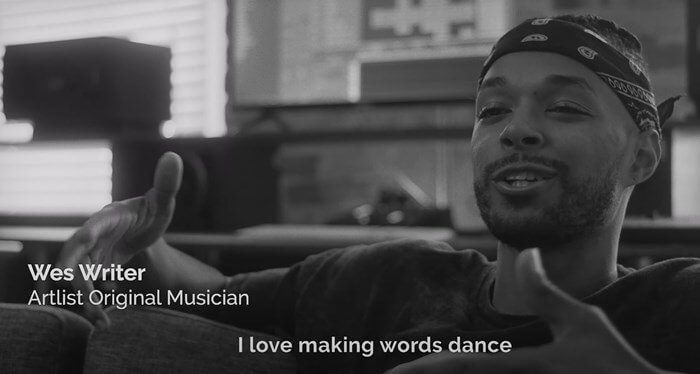 B-Roll for every type of production

The type of B-Roll you need depends on your production. Whether it’s a documentary, narrative, commercial or travel film will determine how and what kind of B-Roll you shoot.

In documentary films, B-Roll is used to layer over interviews. You’ll want coverage about five times as long as the final interview to cut away to and support what your subject is saying. This kind of B-Roll makes talking head footage much more engaging. It’s also a chance to get creative. Documentary B-Roll doesn’t have to be typical. It can be comical, even antagonistic to what the subject is talking about. Documentary B-Roll can also be sourced footage such as archived newsreel or historical photos.

…And its accompanying B-Roll

Narrative B-Roll footage includes establishing shots. Think of the horror movie scene that opens with images of a sleepy, rural town. Or the story of a small-town actor arriving in New York City. The introductory B-Roll may include portraits of characters working, taxis zipping by or people filing into the Subway.

Commercial B-Roll can include product shots such as macro or slo-mo footage. Here’s an example of a well-planned and executed B-Roll to make up an entire branded video:

As for travel films, they’re often primarily made up of diverse B-Roll edited in a way that helps you tell a linear story. When grouped by camera movements, color or tone, seemingly unrelated clips build a story’s foundation in a series of match cuts. Get a lesson from travel filmmaker extraordinaire, Brandon Li.

You’ll also find that wedding and event videos rely heavily on B-Roll to support talking head footage. In those instances, you’ll need to focus on coverage, coverage, coverage! Consider hiring a 2nd or 3rd shooter for weddings and events to be sure you have all the B-Roll you need – and then some.

How to shoot killer B-Roll

First, make a shot list or take your production to the next step and create a storyboard. It’s tempting to just run-and-gun B-Roll, but making a thoughtful list of shots that add to the main action is more cost, production and post-production-effective. There really is no such thing as too much (ask any editor), but B-Roll should closely match A-Roll in style, color and cinematography. Be just as intentional when shooting B-Roll as you are when doing primary photography and pay attention to your composition, lighting and movement. 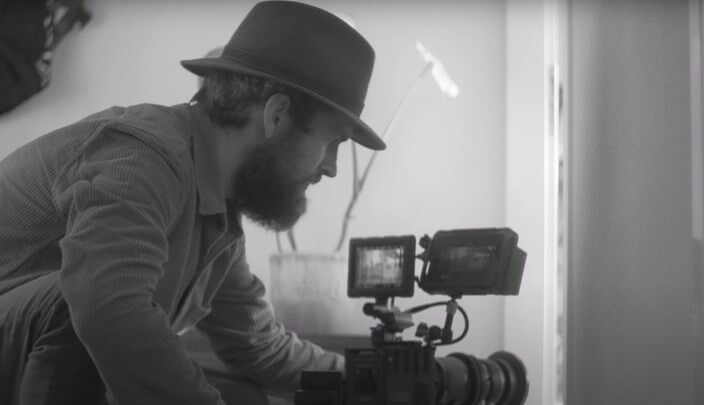 Secondly, use movements and a variety of camera angles to craft more cinematic footage. B-Roll footage can be every bit as dynamic as principal photography. Consider all the types of camera movements possible, like zoom, tilt, dolly shot and others, and choose the one that best conveys the scene’s emotion or action. Use a Steadicam, gimbal, slider, dolly, jib or just go handheld if the action and scene warrant it. Shoot close-ups, wide angles, timelapse (or hyperlapse), POV, bird’s eye view, Dutch angle—as much variety as possible to fill in gaps of the main footage and contribute to the emotion and/or action of the scene.

In-camera transitions can also be considered B-Roll and move the sequence through physical space without special effects. Try these two B-Roll transitions in your next production:

The Elevator: Move the camera up or down to give the illusion of traveling through the floor or ceiling. Alternately, move from left to right “through” a wall.

Whip Pan: Moving the camera quickly from one object to another. This can be done in-camera and is an excellent shot to keep in your back pocket when shooting B-Roll, but it can also be sped up in post.

Also, consider match cuts an essential part of B-Roll footage. Match cuts are clips that pair together based on camera movement, color, shape, subject, or tone. For example, going from a pie to the moon (circle to circle) or from a drop of blood to a stoplight (color to color).

Third, and this may seem obvious, but be sure your B-Roll is actually long enough! Hold clips for 8-10 seconds while recording. Shooting at a higher frame rate, such as 60p or 120p, allows you to slow it down in a 24p timeline and stretch the footage to get cinematic slow motion.

Need inspiration or can’t afford to hire a 2nd unit to shoot B-Roll? Or perhaps your B-Roll is not long enough, or you need expensive shots like aerials or the moon landing. Maybe you just want to incorporate abstract shots to add atmosphere or edginess to your video. Stock footage can help you make your B-roll whole. Artgrid, for example, has thousands of high-quality clips, organized as stories, which you can easily use as B-Roll. You could even create an entire travel film with stock footage! Learn how to incorporate stock footage into your edit.

Killer visuals are accompanied by killer sound. Though B-Roll footage is not usually recorded with sound, you’ll want to add foley, SFX and music to it, so consider that in your editing process. Here are some essential tips for designing a dynamic soundtrack. Hope

The Best Software for Managing Your Production

The Beginner’s Guide to Using Shape Layers in After Effects

An Introduction to Downloading Sound Effects for Your Videos