How to Get the Best Aerial Footage

Everyone loves aerial footage. Whether urban or landscape shots, aerials can be epic, exciting and jaw-dropping at the same time. And as drones have become more affordable and easier to maneuver, more and more people have been taking them to the air to capture the bird’s eye view. This meteoric rise in drone popularity has brought on issues of safety and privacy and subsequently incurred laws and regulations aiming to solve them. 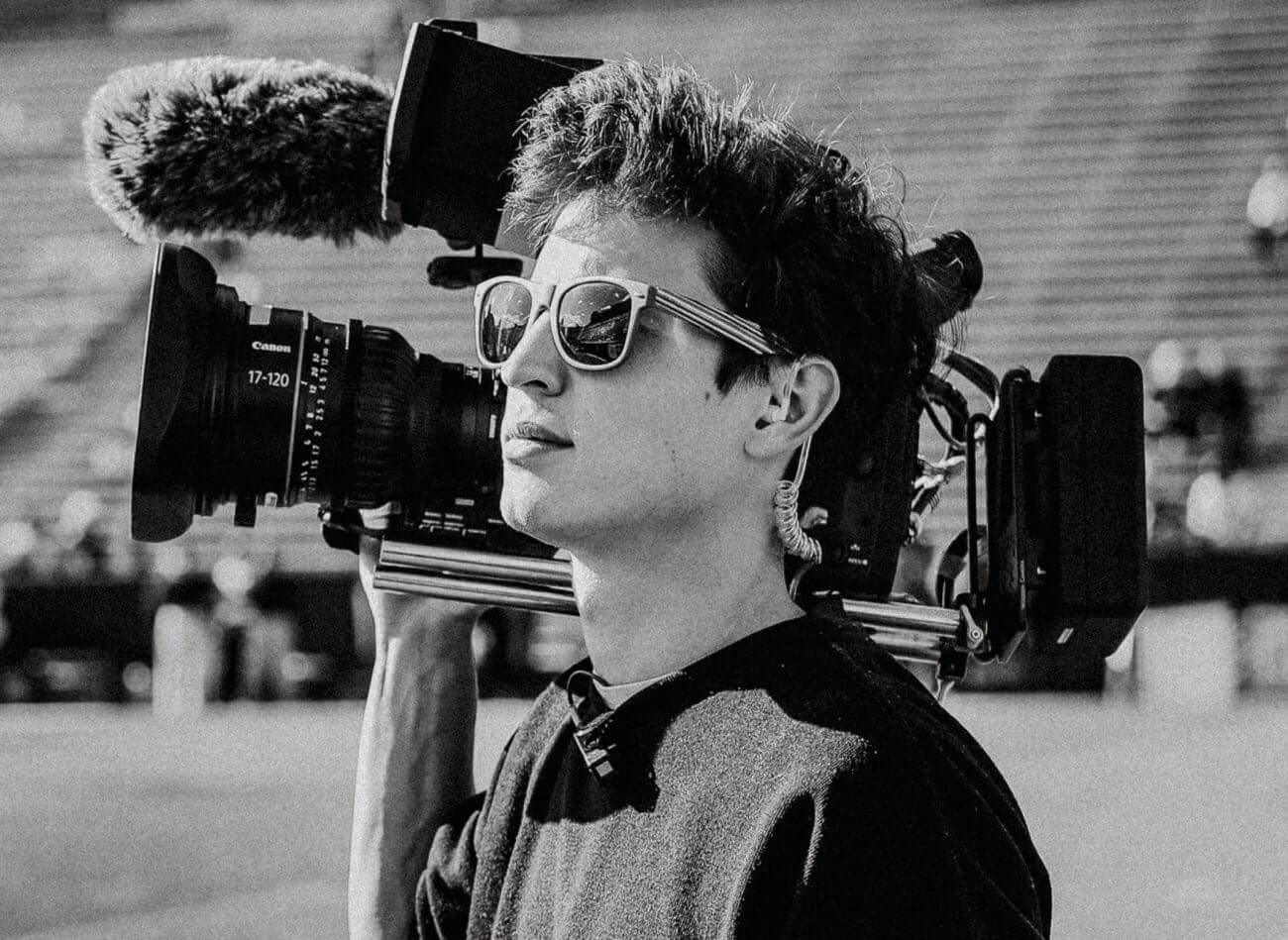 Despite the fact that so many people have taken up droning and how regulated it has become, aerial footage is still one of the most sought after shot types. So, I sat down with Ilja Maran, a highly experienced droner and founder of the L.A.-based filmmakers collective Fine Print Films, to talk about what it takes to get a good aerial shot and how to navigate your drone in today’s saturated world of droning.

You can see some of Ilja’s stunning aerial footage on Artgrid here.

From Hi-8 to Mavic

Artlist: Tell me about your background.

Ilja Maran: I started making skate videos back in the day with my friends. Ever since I was a teenager, I’ve always been inspired by the art form and movements of skateboarding. I happened to be the first dude in the crew to pick up the Hi-8 “Dad Cam” and start documenting the tricks. Fast forward a few years, and I’m graduating from film studies at Long Beach State and actually starting to take the craft seriously. Nowadays, I’m still shooting athletic movements for Nike and the like.

A: How did you get into droning?

IM: I first got into droning because my very close friend Nathan Sacharow was working on a documentary about public transportation in L.A. and needed a cam-op. We tag-teamed a lot of shoots together, him as an FAA-Licensed pilot and me as the cam-op hitting the record button and doing all the pans and tilts on camera. After my first drone session, I was totally sold on it. It was like a big boy toy; it felt like a total life hack. Getting these amazing perspectives and cinematic shots while a camera on wings does all the heavy lifting. This was quite a few years ago before the Inspire and Mavic drones ruled the skies, so we were able to get some pretty dope shots in some locations that are today totally un-drone-able.

A: What kind of drones do you use?

IM: Originally, I used to fly a modified Optacopter S-1000 with a Panasonic GH4 attached. It was quite the beast and we named him Tommy Lee Drones. Now you’ll catch me zipping around with a DJI Mavic Pro 2 with the Hassy lens. The beauty is the battery life and the range of those things. Half the time I don’t even have to get out of the car to get the shot! Hahaha… 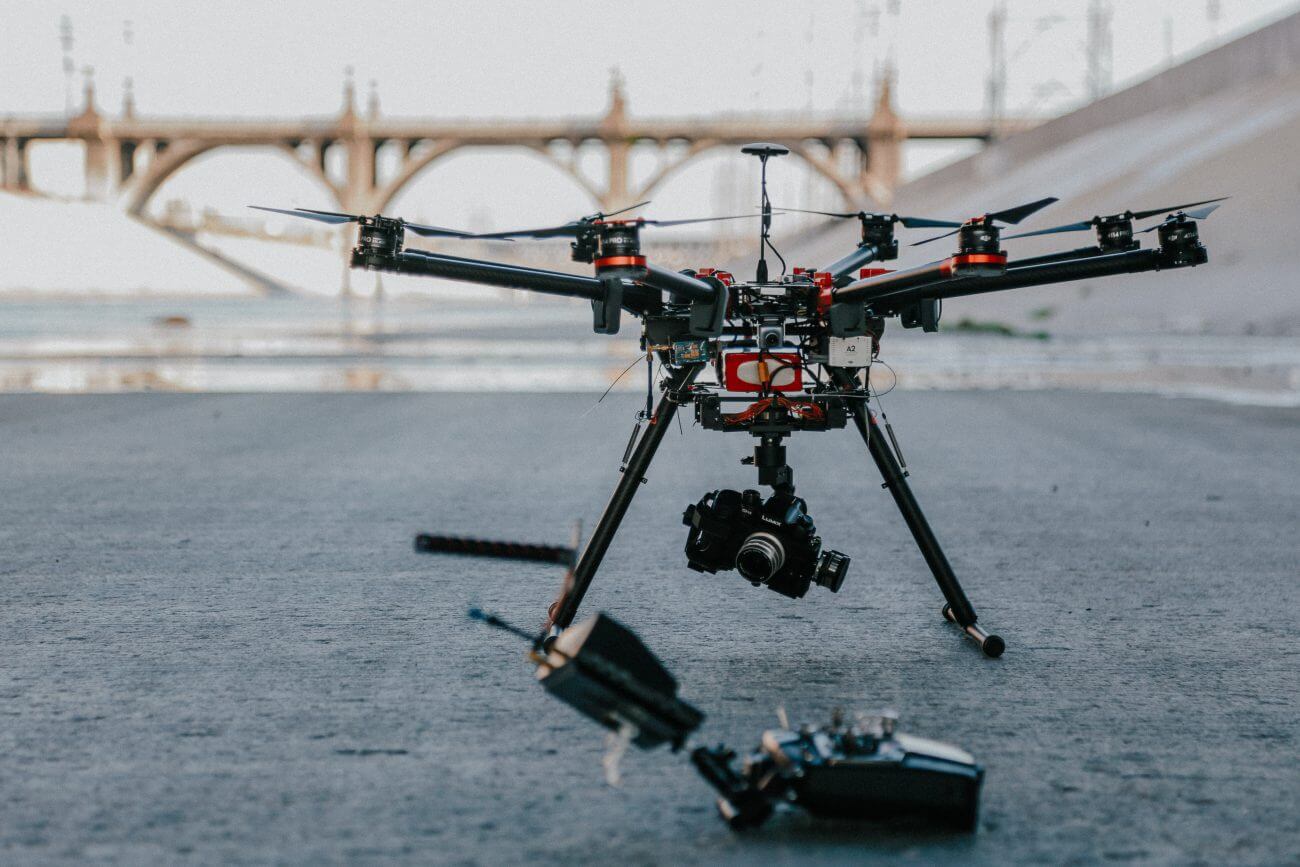 A: What are the main features you look for when buying a drone?

IM: The main feature I look for in a drone is trust. Can I trust this thing not to crash? Can I trust it to keep a connection hundreds of feet away from me? Reliability and trust in the brand is the ultimate priority. After that, specs and resolution come second. I love my Mavic Pro 2, but I’ve seen some incredible work done with a Mavic Air or a simple FPV drone. A lot of people I know put too much faith in the resolution and specs of the camera, but at the end of the day, it’s really about the creativity behind the camera moves and subject matter that make the shot.

A: What’s a common mistake beginners do with aerial footage?

IM: A common mistake I see beginners make with aerial shots is quantity over quality. I’ve edited loads of drone footage where the operator just takes off, gets to a high altitude and then hits record. A good drone shot should be rehearsed and nicely planned out. Working with foreground elements for nice reveals is a great start. Sometimes even timing it to the subject matter (waiting for a train to cross-frame, for example). Lots of beginners get pre-maturely inspired by the high-altitude alone and start rolling right away. Another mistake is not thinking about the story. A good operator should always ask himself or herself, “What story am I trying to tell with this shot and how will the shot play in the overall narrative of the project?” I know most drone shots are linked to establishing shots, but the potential for story-telling with drones is much more than that.

A: Is there a current trend in aerial shots?

A: What are some of the technical and logistic challenges you face in your work?

IM: As filmmakers, I think we face technical and logistical challenges every shoot. Some say filmmaking is 90% problem-solving, which I totally believe. The problem for me usually starts with a lack of communication or, ultimately, a lack of budget. If there’s not enough money for a scout day or a prep day, I’m supposed to show up to set and expect everything to work out with no problems? Not really. Most of the time, it starts with the location. Either you’re battling too much light or there’s not enough light. After that, it’s the camera, “Oh so-and-so didn’t charge the batteries so we can’t shoot for another hour.”

Believe me, I’ve heard it all. But as a filmmaker, you have to be able to adapt. I’m not saying this is a common thing for me, but you HAVE to be prepared for it. You can’t walk on a set and just expect everything to fall into place. You have to double-check everything is prepped and everyone knows what’s going on. This is primarily a producer or assistant director’s responsibility. Most of the time, you’re also dealing with talent availability or outrageous client demands. Either way, you have to line up all of those things in a functioning camera frame and make it look like a million bucks. If there’s one piece of advice I could give on these challenges, it’s that you have to be as OCD as can be and be prepared to handle whatever life throws at you, and life ain’t easy.

A: What is the difference between shooting city aerials and landscape aerials?

IM: Dealing with city elements is a lot more complicated than shooting landscapes. The reason being is people. Most of the time, people are bringing attention to your drone or calling the cops on you for invasion of privacy. When it comes to shooting aerials in dense areas, I cannot stress enough how important safety and permission can be. If you’re out in the mountains, then feel free to drone all day. Some of the city flights I’ve done have been mistaken for terrorist ploys. Luckily, I was flying with a permit. Remember, permission is paramount, and if you don’t have that, then you better beg for forgiveness. This is not the droning wild-west it used to be.

A: Could you share an anecdote about a particularly challenging drone shoot and how you managed to overcome the challenges?

IM: Carrying over from the last question. We once flew a drone over the L.A. River. The intent was to get Metro shots of the Blue Line for this public transport doc we were working on. Anyway, we’re flying this thing over the river, we get the shot and get ready to land when this homeless dude pops upon us, glassy-eyed, carrying a 40oz. We were super freaked out, and he was obviously not happy with us flying the drone over his “home.” Anyway, the dude checks the hell out of us and accuses us of being the government spying on his house! He started harassing me and was even ready to smash me with his bottle when my buddy Nate interfered and calmed him down.

Luckily, we were able to clear the air just in time, fold up the drone and get the hell out of there. The whole situation could have gotten real bad real quick, but fortunately, we were able to talk our way out of it. The lesson here is what I mentioned before, safety and permission. If it’s not a safe shot, or if you don’t have permission, it’s probably not worth it. Don’t be that one guy who crashes a drone into a bunch of people and ruins droning for the rest of us. Canada is already shutting it down, and the U.S. is on thin ice. Anyway, much love to the drone community and shout-out to Artgrid for taking an appreciation for my work. I hope to contribute more footage soon and keep droning alive and well for years to come.

Hopefully, you found Ilja’s tips and advice about how to get the best aerial footage with your drone helpful. Check out his breathtaking stock footage on Artgrid and be sure to browse our blog to find more useful tips for aspiring filmmakers and creators. Until next time, stay creative!

The 6 Most Anticipated Cameras in 2022

Legally Blonde 20 Years Later: How Does It Stand the Test of Time?