What Is Bitrate and How Does It Affect Video Quality?

A “bit” is a string of information. Bitrate measures how many bits of information can be transmitted each second
Videos with a higher bitrate are usually of higher quality, but they have larger file sizes which can make them slower to export
It’s important to select the correct bitrate for your videos so that you get the best playback experience

You might well have encountered the term bitrate but not be sure what it means and how it affects your videos. If this applies to you, read on! You’ll find out what bitrate is, the relationship between bitrate and video quality, and how to select the best bitrate for your videos. 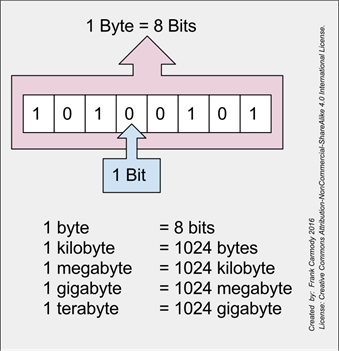 Let’s start with the building blocks before we look at what bitrate is. So what’s a “bit”? A “bit” (short for binary digit) is a string of information. In the case of video or audio, when you knit together your video and audio bits, they’ll make up your video or track.

Bitrate is the term that denotes how much information is written–and then read on playback–per second. You select your video’s bitrate when you export it. Video bitrate denotes the size and quality of a video. More bits mean more information, which means higher quality video or audio.

It’s easy to assume that using a higher bitrate and sending more information in a given time will give you the best video, but it’s a bit more of a balancing act than that. Remember: a higher bitrate increases the size of your file, which can make it slower to export. A lower bitrate will give you a smaller file size that exports faster, but your video quality will not be as good. You need to find the happy medium.

Resolution measures the number of pixels in an image or a display unit, for example, a television screen. The higher the resolution of an image, the better its quality, as the more pixels it contains, the more data it holds.

It’s a bit different for monitors and screens, though. For example, if you have 2 monitors of the same size but with different resolutions, the one with the higher resolution will give you a better picture because of the increased density of the pixels.

As the resolution of a video increases, you will probably need to increase its bitrate, too. For example, a 720p video will include more data than a 480p video but less than a 1080p video. The higher bitrate will accommodate the need to process more data. However, a higher bitrate will be more demanding on your equipment, resulting in a stuttery rather than smooth picture. So you need to work out what’s the best video bitrate in relation to its video resolution.

The best bitrate for different resolutions

When it comes to encoding your video, you can work out the best video bitrate for your resolution using a bitrate calculator. As well as considering the resolution, a bitrate calculator will factor in your frame rate, too. A higher frame rate usually requires a higher bitrate. You’ll need to account for this if you’re shooting an entire video in slow motion because it will contain a lot more data.

Some video editing software, such as Animotica, includes a bitrate calculator, but other online calculators are available. These include:

As a guide, these are the bitrates you’ll want to use according to your resolution and frame rate:

The best bitrate for different platforms

Depending on where you intend your videos to be seen, you will need to adjust your bitrate. The best export settings for YouTube will be different from a good bitrate for streaming.

Let’s start with YouTube. Finding the optimal YouTube bitrate is relatively straightforward because it lists its recommended encoding settings. But at 1080p and 30fps in HDR, you’ll want 10Mbps. For SDR, you should reduce your bitrate to 8Mbps, and for a 1080p HDR video with a higher frame rate, you’ll need to increase the bitrate to 12Mbps.

Uploads to Vimeo should use a bitrate similar to those recommended by YouTube.

The best video format for Facebook needs to take into account other elements such as aspect ratio, too. But when it comes to bitrate for Facebook videos, you can use similar bitrates to those suggested by YouTube. However, if you’re live-streaming a video to Facebook, the bitrate should sit between 3000 to 6000Kbps.

Twitter’s minimum recommended video bitrate is 5000Kbps. There’s a maximum video resolution for Instagram, as well as maximum length, and it should be shot at 30fps. Use a bitrate of 3500Kbps. You can read about optimizing your videos for Tiktok’s export settings, but set the bitrate to a maximum of 8Kbps.

When you are live-streaming, for example, on Twitch, you’ll want to use the bitrate that shows off your stream to its best, but you’ll also need to remember that other people’s equipment might not be able to handle a very high bitrate. Twitch doesn’t recommend a bitrate over 6000Kbps, which is for 1080p 60fps. For 720p 30fps, the bitrate should be 3000Kbps. You should use 4500Kbps for both 1080p 30fps and 720p 60fps.

Video bitrates might feel a little overwhelming at first, as it involves a compromise. You do want to use the highest bitrate that you can, but remember that you’ll reach a point where it doesn’t make any noticeable difference to your work: all it does is make your equipment work harder and possibly make your stream inaccessible for live viewers. So stick to the recommended bitrate guidelines for your platform, resolution and frame rate, and you’ll be fine!

How to Make Tasty Food Videos

Why Royalty-Free Chill Background Music is Right for Your Video