The Best Laptops for Video Editing in 2021

In the world of filmmaking gear, cameras aren’t the only things that are simultaneously getting smaller and better. For decades, huge computers with a lot of processing demands were needed for the job of editing footage. Nowadays, that’s all changing.

While it’s true that Hollywood and other big-budget high-end productions still demand some very powerful machines to get the job done (especially in the world of SFX and animation), it’s now possible to do just about everything on your laptop! Below, we’ve put together a list of the best laptops for video editing in 2021. We also looked at affordability as one of the criteria to get a list of the video editing laptops that will give you the most value for money.

But first, before we take a look at the list, it’s worth having a look at the key factors that set the best video editing laptops apart from the rest. You should always bear these in mind when browsing and doing your research. 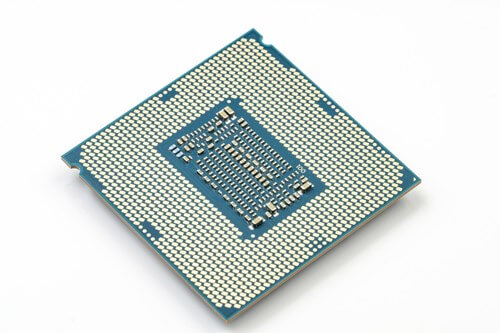 The CPU is the most vital of all components in your budget laptop for video editing. This chip is the ‘brains’ of your laptop because it performs all of the calculations and, let’s be clear, video editing (especially rendering) is a very heavy task for any system. So you want to prioritize getting yourself a powerful CPU. Otherwise, nothing else onboard really matters.

At a glance, an i5 is a ‘basic’ CPU that’s very cost-effective. Meanwhile, core i7 and i9 processors are much better at multitasking and handling the high-demand workloads of video editing software.

Similar to CPU in terms of how it impacts your video editing laptop performance, RAM is your laptop’s short-term memory. The more RAM you have, the better your computer will perform when running programs such as Adobe Premiere Pro. At the very least, you will need 8GB. 16GB is going to be necessary for 4K footage.

The best laptops for video editing should all have an onboard graphics card (GPU) dedicated to processing video imagery. It’s not essential, but it will make a huge difference. They help a lot in increasing rendering speeds and making it a lot easier to preview renders.

If you’re going to be doing a lot of work on motion graphics especially, then a good GPU really matters. 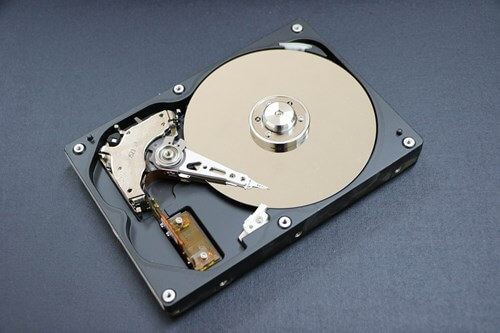 First, always follow the best practice with backing up your footage to external hard drives and online clouds.

Second, your video editing laptop should ideally come with ample storage on an SSD (solid-state drive). While an HDD (hard drive disk) offers more storage at a lower price, they run more risks of a mechanical fault as they read your data with a needle arm on a spinning magnetic disk. On the other hand, an SSD can access data up to 10X faster than an HDD, and there’s a lot less risk of disk failure and data loss. Read more on the subject in this post about SSD vs. HDD.

For your laptop’s internal drive, we recommend an SSD with 1TB of storage, ideally.

To really get the most out of your edit, the screen on your video editing laptop needs to be high quality. This is especially true when you start to color grade and edit with RAW or LOG 4K footage. At the bare minimum, look for video editing laptops with a full high definition resolution.

While not dealbreakers like CPU and RAM, if you can find a budget laptop for video editing that comes with some ports such as an SD card slot or an HDMI port, that’s really useful! HDMI ports are a no-brainer, allowing you to hook up to external monitors. Meanwhile, USB-C ports are great for transferring files between your laptop and external hard drives as quickly and efficiently as possible.

Now that you know what you’re looking for, here’s our list of the best video editing laptops! 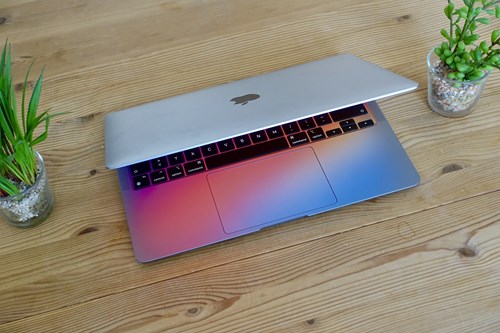 What’s a roundup of the best video editing laptops without featuring something from Apple? The MacBook Air M1 is a beautiful laptop and one that is more than capable of handling your video editing demands.

Much has been said about the M1 chip, so we won’t ramble on. In a nutshell, it is exceptionally fast – noticeably better than its Intel counterparts. Having their own chip specifically designed in-house (rather than battling with Intel) has clearly worked wonders for Apple too. This laptop runs like a dream on macOS, and we’re confident that just about any creator will feel right at home using it. It’s tantalizing to think that once software is being created specifically for the M1 chip, performance will improve considerably. For example, in recent months, Adobe has begun to ship new versions of Creative Cloud apps that run natively on the new Macs and…wow. In the latest update, Lightroom Classic, Illustrator and InDesign have all been updated for the new M1 processor. Adobe commented that you can expect performance boosts of up to 80 percent when compared to an Intel-based Mac!

Indeed, if you’re a native Apple user on a budget, this is most certainly the best laptop for video editing.

What we like best about the Dell XPS series is how easy it is to swap out and upgrade vital components such as RAM, SSD storage and GPUs. As a result, the Dell XPS 15 7590 is a fantastic budget laptop for video editing, delivering in all fields.

There’s the sleek design, the gorgeous display, the useful additions of SD card slots and HDMI ports. And, most importantly, when you open it up, the components underneath really deliver (especially when you’ve upgraded everything). You can add the i9 processor, get up to 64GB of RAM and 2TB of SSD storage! It really is one of the very best laptops for video editing. 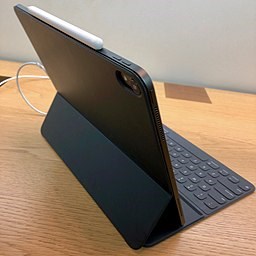 One of the best laptops for video editing 2021 is…a tablet?

Okay, so strictly speaking, this isn’t a laptop. However, once you add Apple’s Magic keyboard and a mouse (or the Apple Pencil), it might as well be. Apple has taken their coveted M1 chip from the MacBook range and implemented it into the latest and greatest 5th generation iPad Pro. As expected, the results are brilliant.

This new video-editing laptop (tablet, sorry) runs like a dream and more than holds its own with other laptops mentioned here. The price point makes it very budget-friendly, and the most useful factor is how small and portable it is. Editing on the move has never been better. But, of course, once you’re utilizing the keyboard and mouse, it does start to feel a lot like the MacBook Air. 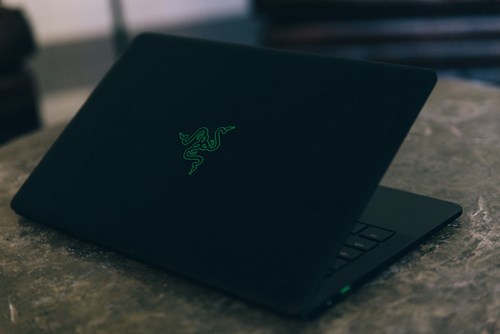 Image by: ThotroughlyReviewed (CC BY 2.0)

Yes, it’s a gaming laptop. However, when it comes to looking for a great budget laptop for video editing, gaming laptops are actually a fantastic option. They’re built to last, often have gorgeous displays, lots of storage and plenty of other fantastic specs in the CPU / GPU / RAM departments. It’s all built to handle the heavy workloads of PC gaming. Of course, this also makes them perfect for video editing!

The Razer Blade 15 is an industry leader in this department. In fact, some have given it the title of ‘the MacBook Pro of gaming laptops.’ The Razer Blade 15 base model is a great budget option that holds its own. If you have extra cash, it’s very easy to upgrade components or opt for one of the more advanced models that quickly make it an editing force to be reckoned with. 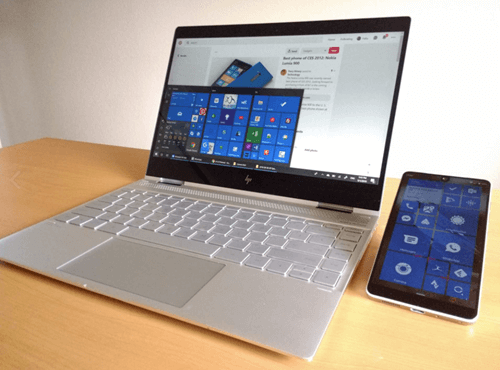 Rounding off our list of best laptops for video editing, the HP Spectre x360 (2021 release) is a really solid option. A little bit like the 5th generation iPad Pro that we recommended above, the HP Spectre x360 is a 2-in-1 dream. It looks fantastic and performs solidly all-around – more than comfortable with your day-to-day edits. The lack of a specialized GPU is worrying for those looking to work with data-heavy 4K footage, but apart from that, we think this is a great budget laptop for video editing.

With the touchscreen and stylus, you can quickly flip this into a tablet that proves great for pre-production planning and all types of graphics and animation work.

In conclusion, you’ll be pleased to see that you no longer need a large, bulky computer for video editing. There are plenty of brilliant video editing laptops out there at very reasonable prices, and the great news is, they’re only getting better. Alongside this list, if you keep an eye on the key components (CPU, GPU etc.) and weigh up what’s most important to your specific video editing needs, you can’t go wrong.

LED Video Lights: What They Are and when and How to Use Them