Get a list of all the bug fixes in the new Premier Pro update
Among the most significant improvements are caption adding, warp stabilizing, faster performance and audio track mixing
Get a quick tutorial for adding captions to your video in the new Premiere Pro version

You may have noticed that recently, Adobe has been busy rolling out updates for its editing software suite every 1or 2 months. Only in February, Premiere Pro 14.9 was released, promising and delivering on faster H.264 and HEVC encoding. In March, we’ve now got a milestone update as Premiere Pro ticks over into version 15.0. So, what can we expect?

First, as with any piece of complex software, there will always be new bugs and quirks that need ironing out. In Premiere Pro 15.0, you’ll be pleased to see that the following issues have been addressed:

Below, we’ll take a look at some of the bigger changes that have been implemented in Adobe Premiere Pro 15.0.

Let’s start with the headline change―one that looks to save you a lot of time (and pain). It’s no secret that adding subtitles or captions is one of the least favorite jobs for us editors. The old captions workflow in Adobe Premiere Pro was… eye-watering, to say the least. Thankfully, the latest changes made in Adobe Premiere Pro 15.0 appear poised to streamline the process and ease our suffering. 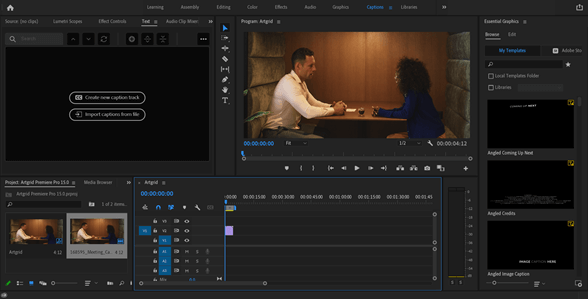 When you select the option to create a new caption track, you’ll find a few different formats available to choose from, depending on your project and needs. These are as follows: 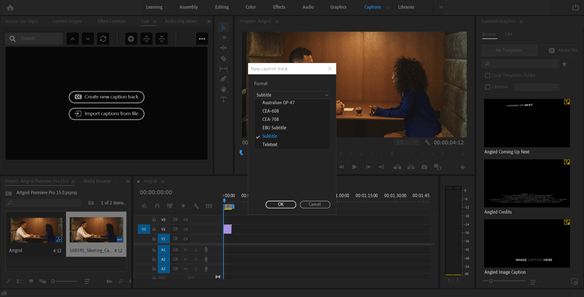 Premiere Pro also gives you the ability to select a style, which you can pick later once you’ve saved some presets. After clicking OK, you’ll see that there is now a captions track added above all of your video and audio tracks.

Next, in the Text tab (upper-left corner panel), you can choose ‘Add new caption segment’ by selecting the + button. A new layer will appear in the caption track on your timeline as if it were a layer of video or audio. This is so much better than previous workflows for adding captions and subtitles. 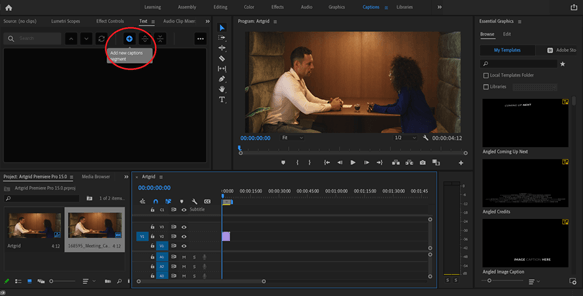 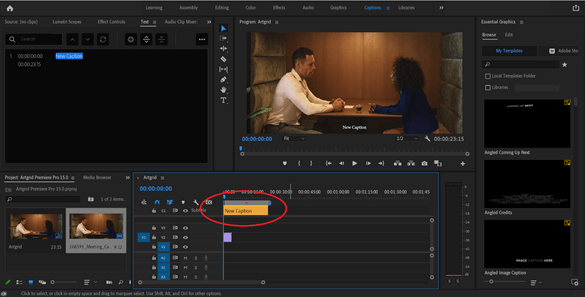 Now, all you need to do is type out what your subjects are saying on screen from the moment the captioned segment begins to the moment it ends. You can do this in the Text panel (upper-left panel). 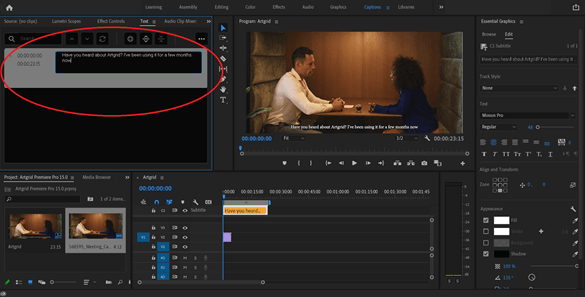 Just like audio and video layers on the timeline, you can shorten, lengthen, cut and move your caption track along the timeline with ease. When the playhead is rolling through a selected layer, you can also choose to split the segment, creating 2 separate segments. This can be useful for splitting up longer sentences. Furthermore, if you want to merge them back together, you can simply select the two segments by holding down Shift and clicking the Merge button. 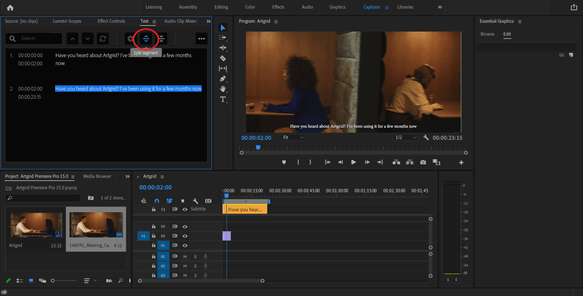 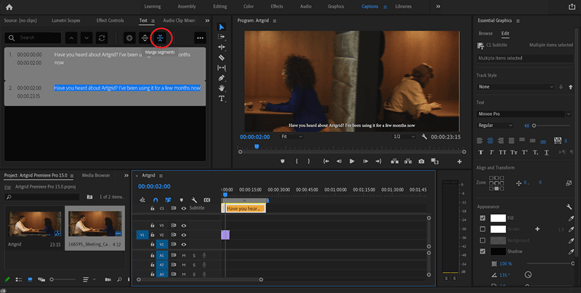 Next, in the right-hand panel, check out the Essential Graphics tab, where you can select Edit to change the font, the size of the text, the color, fill and shadow, centering and much, much more. Once you’ve nailed down a style of subtitle that you like, you can click on the Track Style section of the right-hand panel and create a new preset style that you can apply to future captions and subtitles. 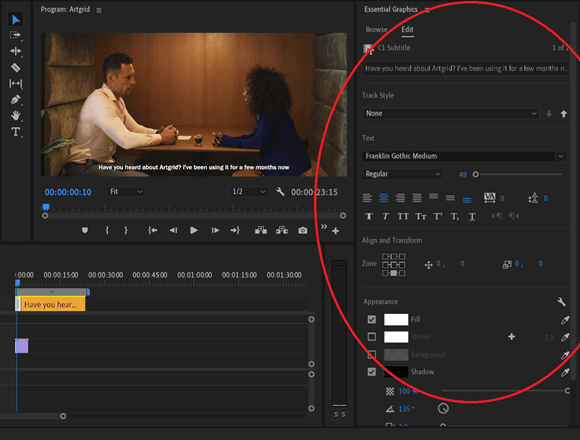 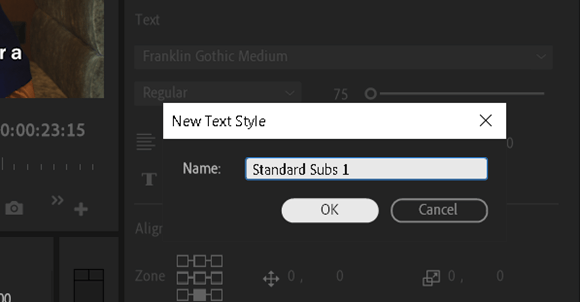 Once you’re done, you can either burn your subtitles straight into the edit on export or save the caption as a separate SRT file (this is where the ‘Import captions from file’ option becomes very useful). 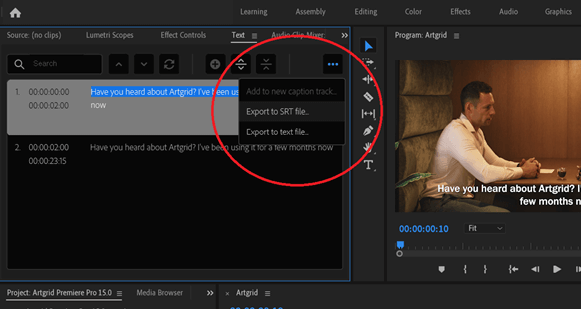 All I can say is thank you, Adobe. This new captioning workflow really is a game-changer, and I’m surprised at how excited I’m getting at adding captions. And guess what? There’s even more to come. Currently, Adobe has a speech-to-text feature in beta that they will roll out publicly later this year. The early impressions are great, and we can’t wait to try it. It’s going to save you even more time.

This is another new feature that’s going to make a lot of editors out there very happy. We’ve all been there: You’re working with footage that’s too shaky and needs the Warp Stabilizer treatment to help smooth things out. The problem is that, more often than not, it’s a pretty slow process that’s rather frustrating and not all that effective, leaving us to rely on plug-ins for efficient and reliable stabilization.

Well, not anymore. In Premiere Pro 15.0, Adobe has improved the Warp Stabilizer effect dramatically. Now it operates at a very noticeable and helpful 4 times faster clip than before. I’m not sure if they’ve tweaked anything else behind the scenes, but it also seems to work better than ever. Some of the shaky footage I was straightening out had no right to be there. I was really impressed. Thank you, Adobe gods!

In general, I noticed that several aspects of Premiere Pro 15.0 are performing faster. For example, enhancements to Team Projects mean you can share changes a lot more quickly. I am also finding that when I search in shared projects, results are definitely delivered faster.

Furthermore, the user interface has some new additions that are all aimed at streamlining the editing process and making your job easier and quicker than before. You’ll notice there’s now a Quick Export button in the top right.

Rather than having to go through the export settings window where there were seemingly a million different settings (this could take some time), if you’re in a rush, you can now simply click this button and export using a preferred preset that you’ve used previously. For example, right here, you can choose ‘Match source – Adaptive High Bitrate’ or ‘High Quality 1080p HD’. It’s a lot easier. 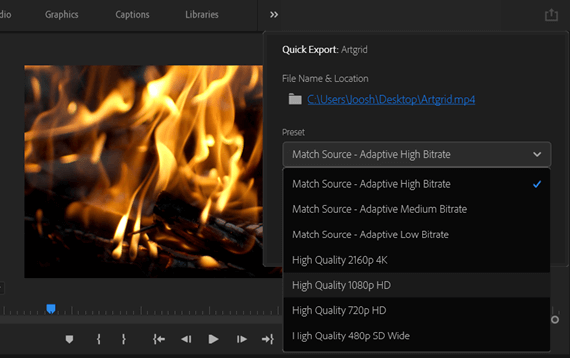 Ease of use really is the name of the game when it comes to Premiere Pro 15.0. Another great update from Adobe comes in the shape of MOGRT files. Previously, to tweak and change anything to do with motion graphics, you had to jump on over to After Effects. Now, with 15.0, you can drag and drop new media into motion graphics templates inside Premiere Pro.

To leverage this feature, simply drag your MOGRT file onto the timeline and ensure you’re editing on the Graphics tab. You can change the text, as well as replace any imagery with new stills and video files using the drag-and-drop method. It’s a simple process that saves you time by avoiding the switch to After Effects. 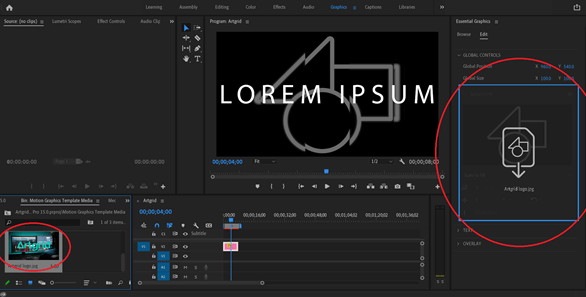 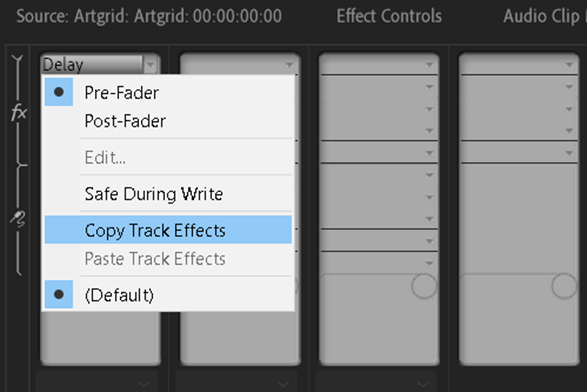 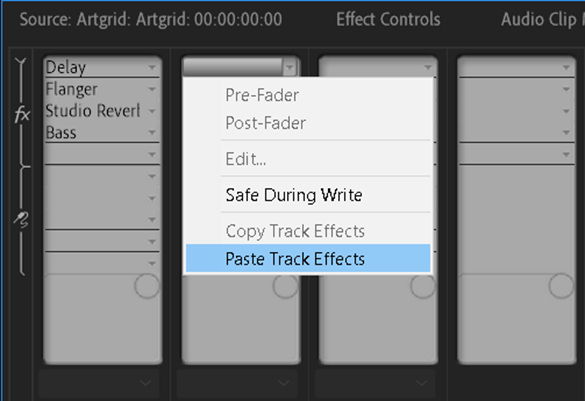 Other notable additions include the pre-fader and post-fader options which you’ll notice when right-clicking on an audio track. Pre- and post-fades are features reserved mainly for those of us who really ‘do audio,’ but it’s a welcome change nonetheless.

Lastly, while this won’t apply to every one of you, it’s good to know that you can now import and work with ARRI Alexa Mini footage. If you’re working on high-end documentary and marketing projects, you’ll no doubt be using some pretty beefy cameras. Adobe must stay up-to-date with these new systems if it wants to continue sitting at the top of the editing software kingdom. 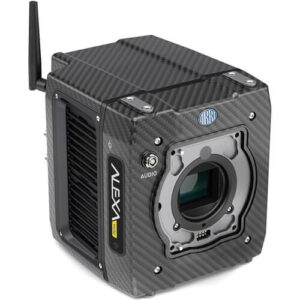 All in all, as we had hoped and expected from Adobe, the Premiere Pro 15.0 update is a real winner. While it’s not as game-changing as earlier releases have been, it really refines some critical parts of the editing process and throughout all the tweaks. It’s clear to see that Adobe had time-saving and ease of use at the heart of their thinking.

These are the things that matter most to all editors and ensure that the Premiere Pro 15.0 update is worth downloading straight away. Even more exciting are the pointers toward where the software is heading. We can’t wait to see how things progress over the next year!