The Essential Guide to Choosing Your Next Studio Microphone

Studio mics can be Condenser, Dynamic, or Ribbon
They can have various pickup patterns
Studio mics are great tools for podcasters and video creators

We’ve covered both shotgun microphones and lavalier mics, but so far we’ve left one of the most important ones out—the studio microphone.

What is a studio mic? Good question. As the name indicates, on its most basic level a studio microphone is a mic used in a studio setting. The important thing to understand here is that there are various types of studios, from music recording and television studios to those used in radio broadcasting, podcasting, and foley sound.

For our purposes, we will be focusing on studio mics for video creators and podcasters. These are mics that can be paired with both portable audio recorders and video cameras. Before detailing how to use a studio microphone and offering up some mic recommendations, let’s talk about the main types of studio mics.

There are three main types of microphones—Dynamic, Condenser, and Ribbon. Others have existed through audio recording history, but these are the most common. Among these three, you will usually see either Dynamic or Condenser mics in a home setup.

Before the invention of Condenser mics, Dynamic microphones (including the related Ribbon) were basically found in every professional studio. Inside a dynamic mic can be found a diaphragm, coil, and magnet. As waves of sound vibrate the diaphragm, the coil also vibrates, which the magnet’s force transforms into electrical signals.

Known for being sturdy, Dynamic mics are traditionally used in music recording studios, but also used in television broadcasts. Their use in television studios makes them a good option for podcasters as well as for video creators—especially those who use voice-over, whether for documentaries, news reporting, or other content that prominently features the voice.

Condenser mics capture audio through a lightweight diaphragm fixed to a case and suspended over a backplate. When sound strikes the diaphragm, it vibrates both toward and away from the backplate. This vibration then transforms the soundwaves into electrical signals, which are then picked up by the microphone’s electrical field. 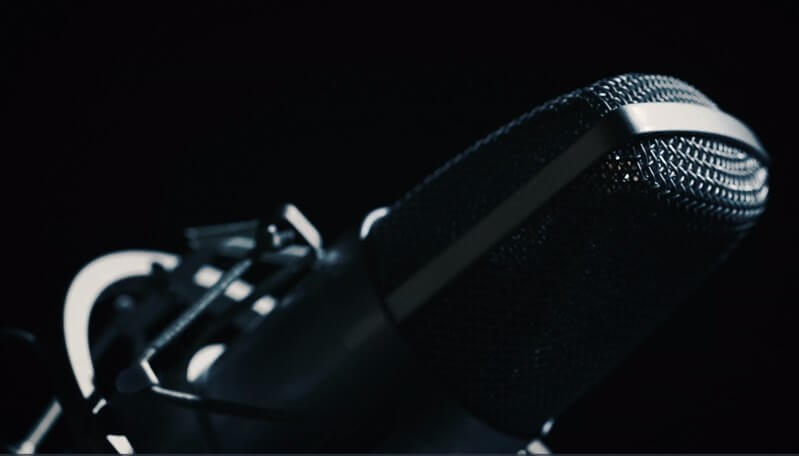 Condensers are also often used for the highly detailed and accurate capturing of vocals and high-frequency sounds. So, if you’re a podcaster or video creator and you really want to capture the voice in great detail, go with a Condenser instead of a Dynamic.

Before moving on, let’s summarize the difference between dynamic and condenser microphones. Dynamic mics are less impacted by the room/space they are used in but offer great vocal sound. Condenser mics, on the other hand, are more detailed in the high end, allowing them to capture a more accurate sound. One other thing to note Condensers is that they might sound harsh or reflective in an untreated room such as a bedroom.

A Ribbon mic is made of a very strong magnetic field into which a very thin strip of metal is suspended. This ribbon’s metal functions as both diaphragm and transducer, and is usually aluminum; although duralumin or nanofilm material is also used.

While Ribbon mic technology has existed since the 1920s (preceding Dynamic mics), it can capture some high-frequency sounds, although they will be smoothed out or rounded off compared to Condenser mics. Historically, they were fragile and noisy but a newer Ribbon mic design has helped fix these issues.

How to use a studio mic

The type of studio mic, from its specs like frequency response to pick-up pattern, will determine how best to use it.

As noted above, Dynamic microphones are most often used in studio settings to mic musical instruments and loud vocals. This is often done at a short distance (“close miking”) using a cardioid pickup pattern. (All dynamic mics are cardioid or hyper-cardioid.) 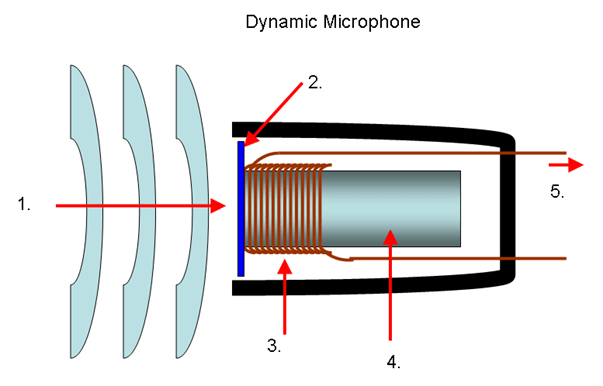 Although often used to capture loud instruments and vocals, with good mic placement and tinkering with gain (boosting signal strength via PreAmp Gain), podcasters and video creators can do some great recording. And since they’re rugged, Dynamic mics do well in harsh exterior environments, making them an option for location shoots and recordings unless you’re filming wide shots and trying to record sound from a distance.

Again, Condenser mics have a much greater frequency response than dynamic mics. This makes them ideal for recording voices for both podcasts and videos. Some Condenser mics only have one pickup pattern (polar pattern), while others can have multiple switchable ones. 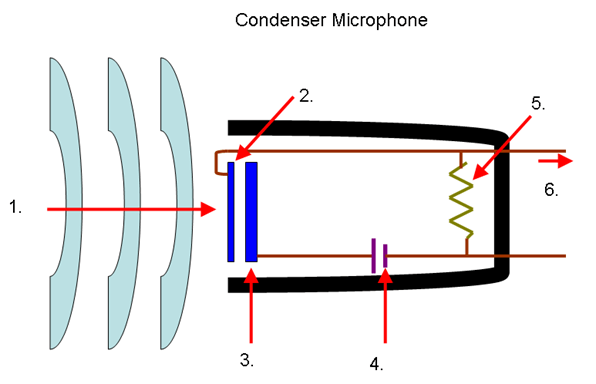 When recording the voice, you’ll want to use a cardioid pattern, which picks up sound directly in front of the mic. The Condenser will pick up all of the subtleties of speech, so play with gain but also use a pop filter to reduce or eliminate pops and clicks.

Remember, Condensers are less rugged than Dynamics. So if you plan to take your Condenser outside the studio, just know that factors like extreme temperatures and humidity (including humidity from the mouth) can cause the Condenser to fail.

Typically, Ribbon mics have a bi-directional (figure 8) pickup pattern. This means that it will pick up sound equally well from the front and back, making it ideal for face-to-face interviews. As you can imagine, this makes the Ribbon mic a cool although really unconventional choice for podcasters. More than likely, you’ll opt for a Condenser or Dynamic mic, but if you’re curious about a Ribbon mic, maybe rent one to demo it. 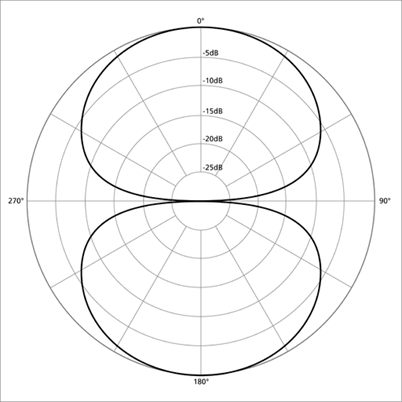 One thing to note about Ribbon mics is that newer models are more rugged and less noisy than ones manufactured in the first half of the 20th century. Ribbon mics have a bit smoother, warmer, and darker sound than the highly detailed recordings of Condensers.

We’ve now got a basic understanding of the main types of microphones. Let’s take a look at a few options for Dynamic, Condenser, and Ribbon mics.

Note that this list is exhaustive; It’s simply meant to give you an idea of studio mic options at various price points for various budgets.

If you’re just starting to dip your toes into podcasting, check out both the Shure SM58 ($99 at Sweetwater) and RØDE Procaster ($229 at B&H). The SM58 has long been known as a cheap but high-quality option for capturing the voice. The Procaster, while more expensive, is designed with broadcasting in mind, and comes with an internal shock mount and internal pop-filter to reduce plosives. 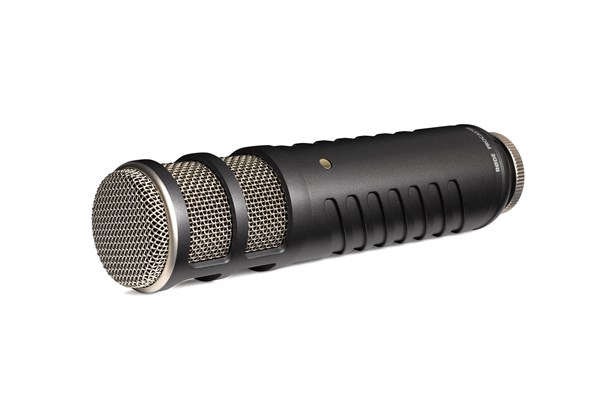 A step up in price is the Shure SM7B ($399 at B&H), which Shure designed for broadcasting, making it a great option for podcasters and video creators, but also beloved by musicians. If you have a larger budget, consider the Electro-Voice RE-20—the world standard in dynamic microphones for television and radio. 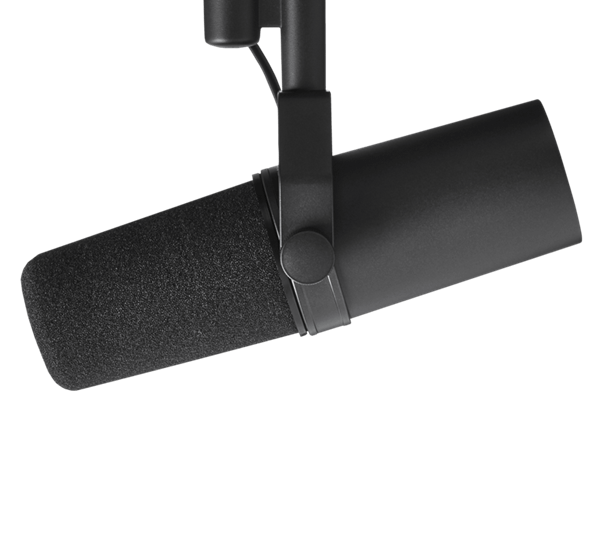 For entry-level condenser studio mics, check out the Audio-Technica AT2035 ($149 at B&H) and AT2020 ($99 at B&H). These two mics share many of the same features, although the AT2035 has switchable pickup patterns (Bidirectional, Omnidirectional, Unidirectional) whereas the AT2020 is only Unidirectional. Another option in the same price range is the Hyper X QuadCast S ($159.99 at Amazon), a mic designed for streamers and gamers, which would also work well for podcasters and YouTubers. 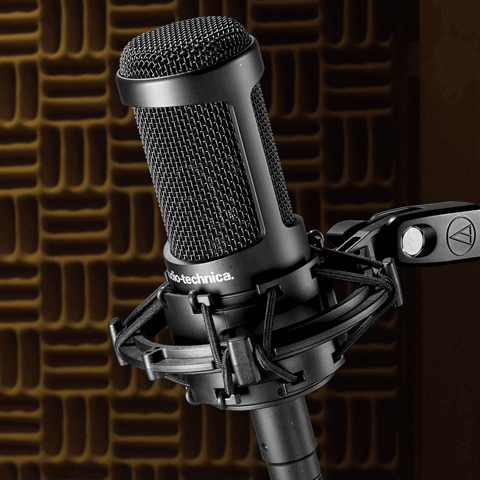 Taking a step up in price is the RØDE NT1A ($229 at B&H), which gives you that RØDE engineering for just a bit more money than the AT2035, which is its main competition. If you’re willing to spend a bit more, consider the Neumann TLM 102 ($699 at Sweetwater). For that price, you’re getting Neumann’s iconic sound quality, but it won’t come with a shock mount, so keep that in mind. Another Neumann option is the BCM 705, a mic designed for broadcast voice recording. 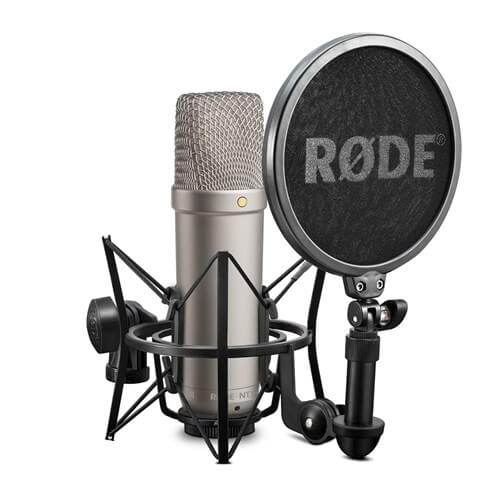 While most podcasters and video creators will likely opt for Condenser and Dynamic mics, don’t rule out a Ribbon microphone for your project. As you will recall, Ribbon mics deliver a smooth, warm, and what some describe as a “darker” sound.

For an entry-level Ribbon mic, check out the sE Electronics X1 R Ribbon Microphone ($259 at Sweetwater). Both rugged and affordable, it will give you that Ribbon mic sound without breaking the bank. 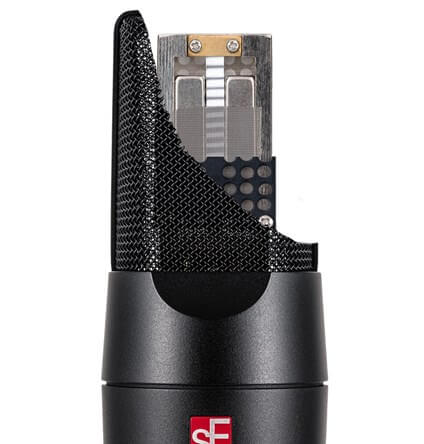 If you love the sound of Ribbon mics and want to spend more money on a higher-end model, check out both the RØDE NTR ($799 at Sweetwater) and AEA KU5A ($1,199 at Sweetwater). The RØDE NTR is new, rugged, and feature-packed; and at that price point, it’s a very attractive option. Although more expensive than the

NTR, the KU5A has drawn some rave reviews from podcasters with its super-cardioid pattern instead of the traditional bidirectional configuration. 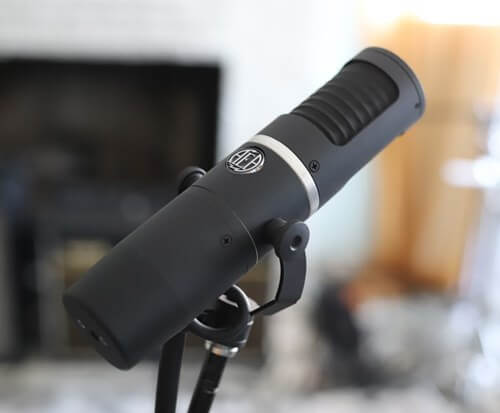 A studio mic is a microphone that should best be kept in your studio. While many podcasters and video creators opt for Condenser mics for their high-frequency response and ability to capture subtle vocal sounds, Dynamic mics can handle voice recording as well. As we discussed, Ribbon mics will give your voice recordings more smoothness, warmth, and darkness than Condensers.

The Best Editing Software for YouTube Creators: Beginner to Pro

Everything You Need to Know About the Gimbal

How to Edit Your First TikTok Video: A Step-by-Step Guide