The Essential Guide to Shotgun Microphones

Shotgun mics are long microphones that resemble shotguns that are used for highly directional audio pickup
They are most often used in film and TV, but also useful for vlogging and podcasting
See our list of the best shotgun mics for creators of any budget – low, mid-range and high-end

In film, television, and internet video, one of the most common microphones for creators is the “shotgun microphone.” So named because of its slotted tube’s resemblance to a shotgun barrel, it is used for highly directional audio pickup and recording. Anything outside of the shotgun microphone’s generally 30-degree pickup pattern is eliminated.

Like the much smaller lavalier mic, the shotgun microphone is as useful as it is common, and one of the key ingredients in great-sounding videos. You can even get a shotgun mic as one of many smartphone accessories.

Below, we will talk briefly about how a shotgun microphone works, as well as what type of productions typically use them. We will also list some shotgun mic tips, as well as detail some of the best microphones at various budget levels.

What is a shotgun microphone and how does it work?

As we said above, a shotgun mic takes its name from its long slotted tube that vaguely resembles the barrel of a shotgun. This 8 to 24-inch interference tube sits at the front of the hyper-cardioid microphone cartridge, and it picks up audio from in front of the mic while blocking out most everything beyond its 30-degree pickup pattern.

Shotgun mics—which are most often condensers, not dynamic mics—are often used when audio must be picked up and recorded well outside of a film or video camera’s frame. Since it’s a long directional mic, the shotgun microphone can pick up sound from several feet away, allowing filmmakers and videographers to keep the microphone hidden from the field of view.

Instead of having to use batteries, shotgun mics run on the phantom power from either your audio recorder or video camera. Many modern shotgun mics can even be powered by USB.

When to use a shotgun mic 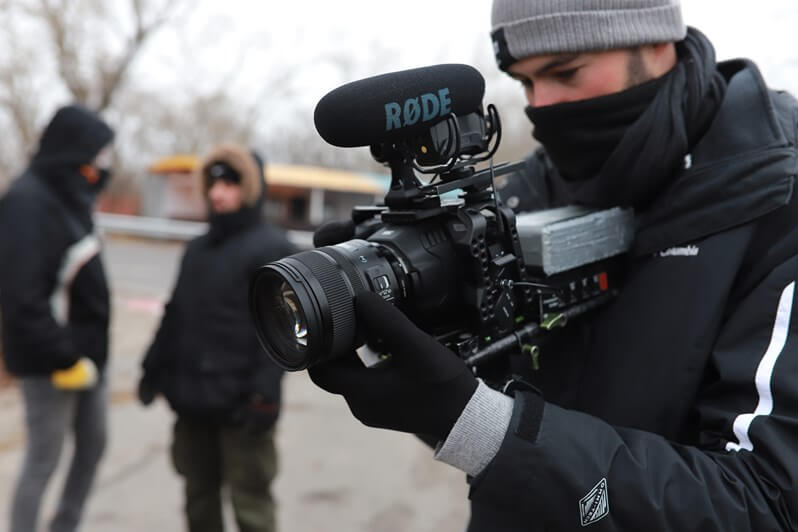 Most often, shotgun mics are used on film and TV productions, when filmmakers need to pick up the sound of actors from several feet away and out of frame. Compared to the lavalier mic, the shotgun mic—which can be mounted to a stand or held by either a pistol grip shock mount or boom/pole—has great sound quality.

If you want to have more control over the positioning and subtleties of audio pickup and recording, a shotgun mic is a far better option than a lav mic. It’s also more natural sounding.

The Shotgun mic is a great tool for audio pickup and recording, but like any microphone they have their pros and cons. Here are some things to keep in mind when using a shotgun microphone.

There are several great options for shotgun mics, regardless of your specific budget.

Here are a few shotgun microphones that you should check out. 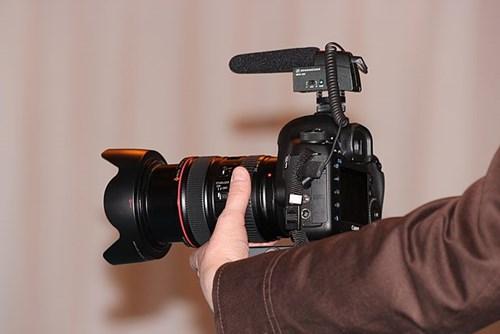 For a budget handheld shotgun mic, consider the Deity S-Mic 2S ($319), which is a professional short mic with great sound quality. Other good options are the RØDE NTG-2 ($319), which features both battery and phantom power, and the Audio-Technica AT987 ($249). 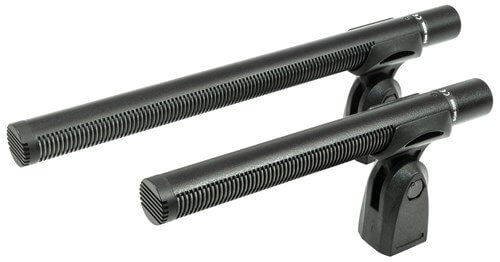 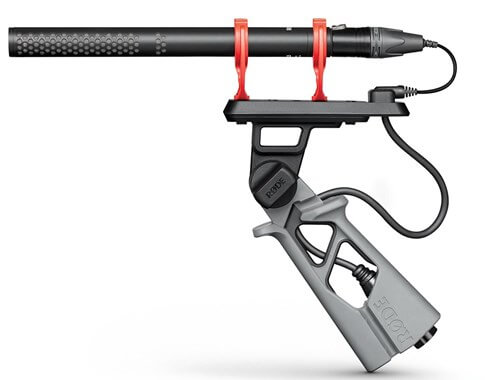 If you’re looking for a great high-end shotgun mic, look into the RØDE NTG-5 ($500) NTG-3 ($700). The main reason the NTG-3 is more expensive than the NTG-5 is that it has more low-end capability, making for a warmer sound that is good for a variety of tasks, including voiceover work. This makes it a great pick not just for filmmaking but podcasting as well.

An equally great high-end shotgun mic is the Sennheiser MKH416 ($999). While it’s more expensive than the NTG-3, the MKH416 has been highly esteemed in the film and TV industries going all the way back to the 1960s.

Neumann, one of the most venerable makers of microphones, offers the KMR-81 i ($1,695). While it’s far more expensive than any other shotgun mic on this list, the sound quality and build are incredible, making it a good investment for serious filmmakers and content creators. 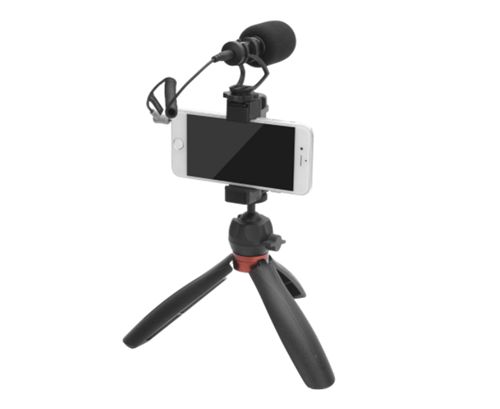 If you’re looking for a shotgun mic for your mobile device, there are a few different options, all in the budget category. Comica Audio has several shotgun mic kits for smartphones, while RØDE offers the VideoMic Me ($79). Another affordable smartphone shotgun mic is the Boya BY-MM1 ($29).

To turn your smartphone into a proper audio-visual recorder, you will need smartphone shotgun mic accessories like a phone clamp and ball head mount, which will fix your mic to your phone. You should also check out a tripod for desktop use, especially if you’re a vlogger or a podcaster.

Remember, shotgun mics provide higher quality and more natural sound than lav mics. While they are highly directional and thus capable of picking up audio from a distance, it’s best to use them at a distance of 6 to 10 feet.

There are several options across various budgets, which can be attached to phones and DSLR/mirrorless cameras, or held with either a stand, pistol grip shock mount or a boom/pool.

The best advice we have is to do as much research as you can before buying. Prior to making a purchase, consider renting various shotgun mics to find the best fit for your production’s needs.

Shallow Depth of Field: What It is and How to Use it