Get to Know the Lavalier Mic

The Lavalier Microphone. It’s the mic that, if used well, will never be seen in movies and only occasionally in television and internet videos, yet it’s one of the most used mics in film, video and live productions.

The lavalier goes by many other names, including Lav Mic, Lapel Mic, Body Mic, Collar Mic, neck mic and several others. It has neither the iconic look of vintage ribbon or tube condenser mics of the 1950s and 1960s nor the technological range of modern microphones. Yet, despite its modesty, the Lavalier mic is one of the great workhorses at the filmmaker, videographer or YouTuber’s disposal.

This is because the lav mic records excellent, crisp sound at close distance to a film or video subject while remaining unobtrusive. Indeed, sometimes they can be hidden so well they are effectively invisible. These qualities are what make the lavalier mic an attractive recording tool for creating great-sounding videos and starting a podcast, and it can also become an essential part of your travel vlogging equipment.

Below, we will briefly explore what exactly the lavalier microphone is and how it works. We will also talk about when to use a lav mic and the best ones on the market for all budgets.

What is a lavalier microphone? 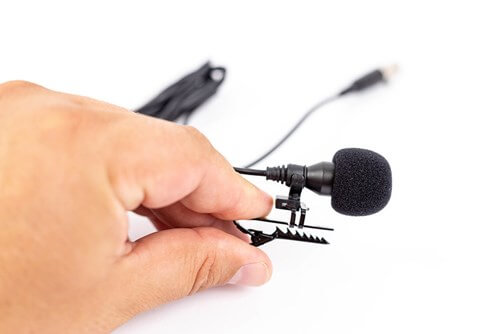 A lavalier mic is a tiny microphone attached to a person’s lapel, collar or some other clothing article close to their mouth. It was engineered for use in theater, television and public speaking engagements, where the voice needed to be amplified without a microphone on a stand or in hand.

Originally, the lavalier mic was designed with a wire that connected to audio recording gear, which could be hidden by clothing. While this type of lapel mic is still in use, there are wireless lav mics that use a radio frequency transmitter (attached to the person) that sends audio to the camera or other recording equipment.

How to attach and position a lavalier 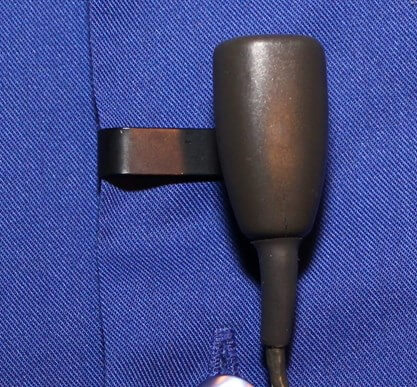 The idea with a lavalier mic is to be close to the actor, announcer or interview subject’s mouth. The ideal is to attach it around 15 cm from the mouth. To capture the best sound quality, you’ll need to experiment a bit with positioning.

As we’ve already noted, a clip-on microphone should be attached to a lapel or collar through a buttonhole, or even on other articles of clothing like a scarf (if it’s cold!). That said, one can be creative in attaching a lav mic.

For instance, a lavalier can be fixed on an actor’s body. Film productions typically use a type of adhesive to attach the lavalier microphone to the actor’s skin.

Benefits and drawbacks of lav mics

As you might have guessed by now, the benefits of lav mics come with some drawbacks. While this shouldn’t deter you from using a lapel mic, it’s helpful to know what you’ll be getting with a clip-on microphone. 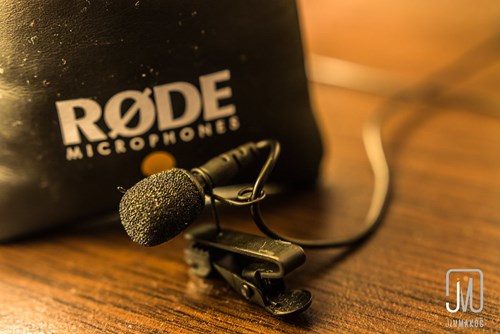 The lav mic’s size and discreteness are obvious advantages. Unfortunately, these upsides also mean that the recording quality will be lower than larger, more advanced and expensive microphones.

Once you start using a lav mic, you will also quickly notice that even the slightest movement of an actor or interview subject will create clothes rustling. This sound will simply ruin your audio recording, so be sure to do tests with your liv mic to determine which clothing is best and which movements you can pull off without creating that rustling sound.

Another advantage is that an actor or interview subject can move around in a space without having to follow them with a boom mic. However, this means that the lav mic will require battery power, which means batteries will have to be swapped out during production. This isn’t a major issue, but it’s something to keep your eye on because the last thing you want is a dead battery in the middle of a fantastic take.

When to use a lav mic

We’ve noted that a lavalier is really useful when an actor or interview subject needs to be mobile, and the production doesn’t want to use a boom mic. But there are some other situations when a lav mic will prove most useful.

If you shoot a scene or interview with two people, you’re going to get cross-talk—that is, the actors or on-screen subjects will talk over each other. While you can minimize cross-talk in rehearsal, it may be advantageous to use 1 lav mic for each actor, or subject, to isolate their respective audio.

In film and video production, background noise can be a major problem, as boom mics pick up audio like airplanes, traffic and other ambient sounds. A lav mic quickly becomes a great asset because its highly focused recording area effectively cuts out most if not all of that ambient noise.

Compared to larger, more advanced microphones, lav mics are incredibly inexpensive. The market has several budget options, as well higher-end lavaliers if you’re willing to pay a bit more for the pleasure. 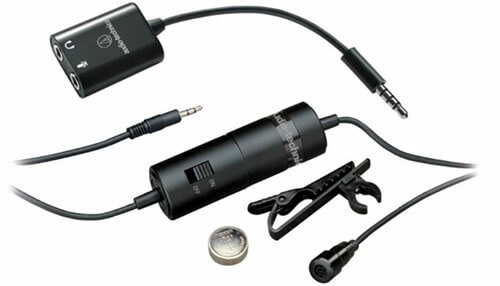 Budget lav mics are great because you can learn how to use them at a minimal cost. Audio-Technica, an excellent Japanese audio technology brand, offers its ATR-3350iS lavalier for $29. If you want to spend under $20 on your neck mic, look to PoP voice Professional Lapel and the Pyle Pro PDWM96, which you can get for $15.5.

On the higher end, there are several notable audio brands, like Røde, Sanken and Sennheiser. Røde, one of the most respected microphone brands out there, offers its smartLav+ clip-on microphone for $80. 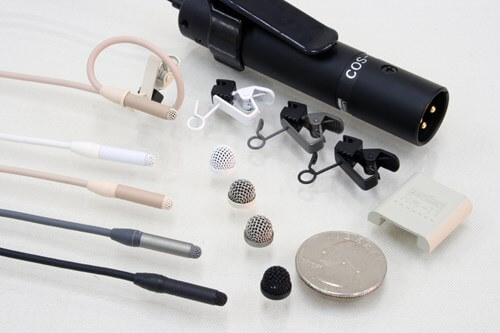 If you want even better sound quality, the Sennheiser ME 2 and the Sanken COS-11D are great options. The ME 2 costs $130, while the COS-11D is close to $400. With that said, if you plan on using your lav mic often, whether in film productions, YouTube or social media videos, these higher-end lav mics would be great investments.

On the higher end of the spectrum is the Rode RodeLink FM Digital Wireless Filmmaker System, which costs $400. For alternatives in this price range, consider the Saramonic UWMIC9TX9TX9RX9 wireless lav mic system ($399) or Sennheiser EW 112P G4 ($599).

Other higher quality and thus more expensive lav mic systems exist, like the Lectrosonics L Series ZS-LRLT Camera-Mount Wireless Omni Lavalier Microphone System, which costs thousands of dollars. However, anyone willing and able to spend that kind of money probably is well-versed in lav mics and knows exactly what they want and why.

Get the best lav mic for your needs

In looking for a lav mic, be sure to research the best wired and wireless options. Of course, not all productions will need wireless lavalier mics, but some filmmakers and videographers will find them quite handy.

Do you need a lav mic?

Now that you know what a lav mic is and what it can do, as well as when it’s best to use one, give some thought to whether or not it makes sense to have a lavalier for your productions.

If you want several microphone options, it only makes sense to have a good lav. If you want your actors or subjects to move about freely, again, it’s a good idea to have a lavalier microphone. If you want to focus your recordings on the human voice and cut out as much ambient noise as possible, you’ll find that a lav will prove to be extremely handy.

The Essential Guide to Choosing Your Next Studio Microphone

The Essential Guide to Shotgun Microphones

The Best Microphones for Vloggers, Podcasts and Filmmakers

Get the Best Royalty-Free Indie Pop Music for Your Videos