A busy city street, distant footsteps, a speeding car — add royalty-free sounds to your film projects to give them real-world texture, to add suspense, or to emphasize comedy or drama. Well-placed sound engages audiences, increases production value and delivers important plot, story, and character information. Likewise, sound elicits emotional responses and informs the overall mood of a film. To put it bluntly, professional sound design can make or break your project. That’s why you should consider using only the highest quality sound effects.

First let’s get to know the basic types of sounds — foley sound effects, whooshes, impacts, and ambient sounds. A rich soundscape will likely include all of these, layered to create realistic background noise, human movements and dramatic music-like swells to signal dramatic events.

Foley sounds are replications of the common sounds of human interaction such as the movement of clothing, footsteps, doors opening and closing — basically anything shown in a scene that makes a sound. These reproduced sounds are named after sound-effects artist Jack Foley. Artlist offers a variety of human voice sounds such as screams, whistles, and breathing effects. 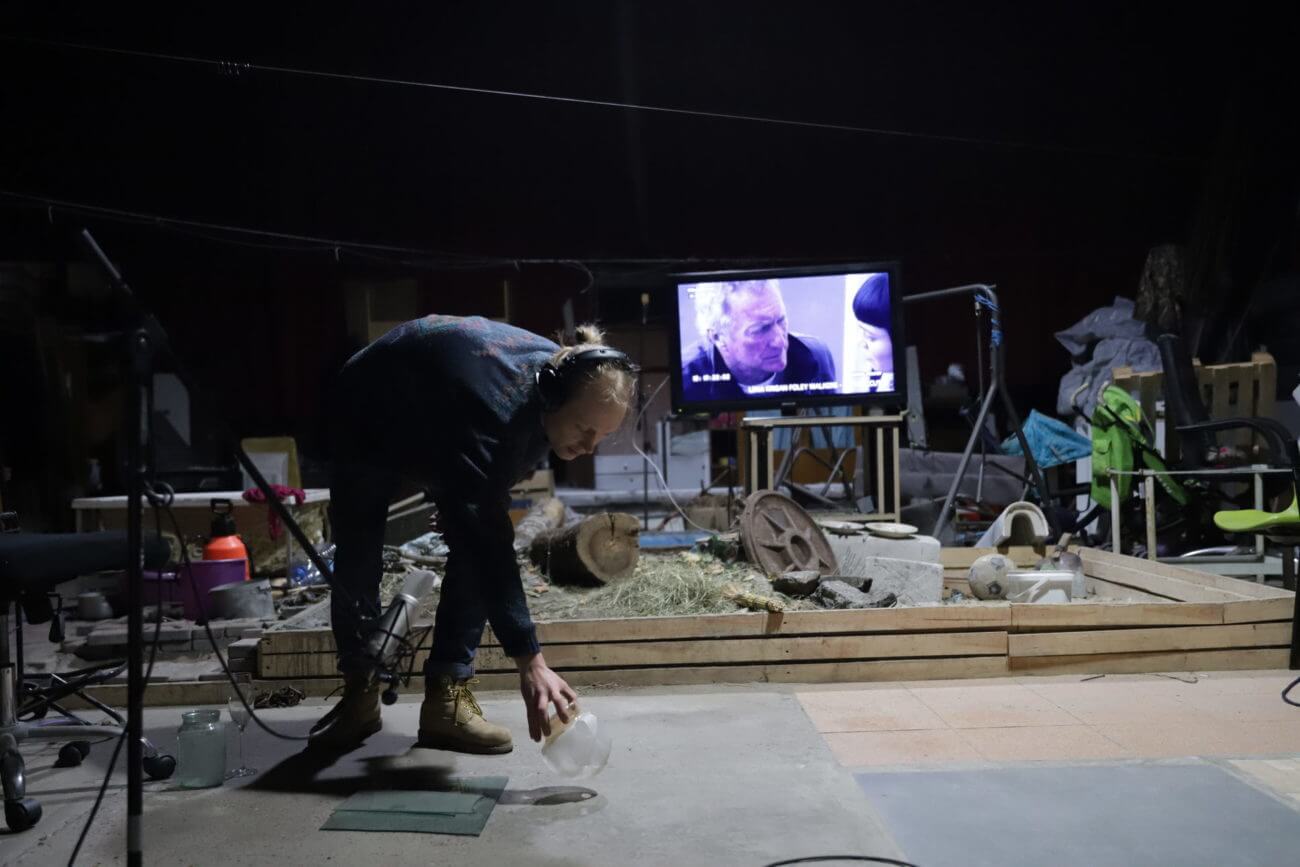 Whooshes are just what they sound like — a swift movement or flow, like rushing air or a sharp wind. They are often used to transition from scene to scene and to accompany camera movement. A common whoosh called a “riser” is a synthetic or musical sound that increases in tempo and volume and is usually a short dramatic sound that emphasizes tension in a scene. They are sometimes called swooshes.

Impacts are sounds made when one object collides with another. They are also referred to as cinematic hits and are percussive, often signaling dramatic plot points or events. They are also used as literal foley sounds in action scenes such as fights or collisions. Think of a fist punch, a body thud against a wall, or a car crash.

Ambient sound effects are background sounds naturally present in a scene or location. Common ambient sounds include traffic, wind, water, birds, crowds, and office noises. They allow for audio continuity between shots, prevent silence when no other sound is heard, and establish a mood. “Room tone” is a common ambient sound and despite its seeming simplicity, adds realism and depth to pauses in dialogue.

Where to find sound effects

What is the best source for SFX? Although YouTube and other sites offer free sound effects, I will show five reasons you should go with royalty-free sound effects. And if you do decide to go with the latter, I’ll explain why Artlist is the best choice for all content creators who want to enjoy the freedom to create.

Like most free stuff, the quality of sound effects on platforms like YouTube and Freesound is pretty mediocre. Often, you will not know who created the sound you find. If you’re using sounds for personal videos, those free platforms could do, but if you want your video to sound professional so you can monetize it in the future, you need quality.

Although you can use sound effects that are free, royalty-free sounds generally have a higher quality standard. On Artlist, all clips are made by pro sound designers and studios, including some of the top producers in the industry.

For example, Dynamedion, who has produced The BOOM Library, is the biggest game audio studio in Europe and has some of the best sound effects libraries in the industry. Another prominent SFX library available on Artlist is by Soundholder, which was founded by Dawid Moroz in Poland in 2015 with the purpose of delivering high-quality sound effects for visual media. His sound library features a vast variety of sounds, from designed SFX, through ambients and wildlife recordings up to engine sounds.

Lukas Tvrdon has been active in the sound post-production industry for about 15 years, doing work for video games, TV shows, commercials, on-air promos and cinema productions. This experience led to the decision of creating and sharing sound effects and ambience libraries with other colleagues worldwide. His methods include recording expeditions all around the world as well as spending long days inside the foley rooms and sound design studios.

Another high-profile name who recently released SFX libraries on Artlist is Australian sound craftsman Craig Carter who recently passed away.

These are just a few of the prominent sound designers whose sound libraries are available for creators who are looking for sounds that would take their videos to the next level.

The time it takes to find a song or sound for your video is a crucial factor when choosing which platform to work with. Free platforms like YouTube and Freesound do not really invest in UX so you need to really know what sound you’re looking for to find it fast. You might find yourself looking for hours for a sound, and when deadlines come into play, which could hurt your project. 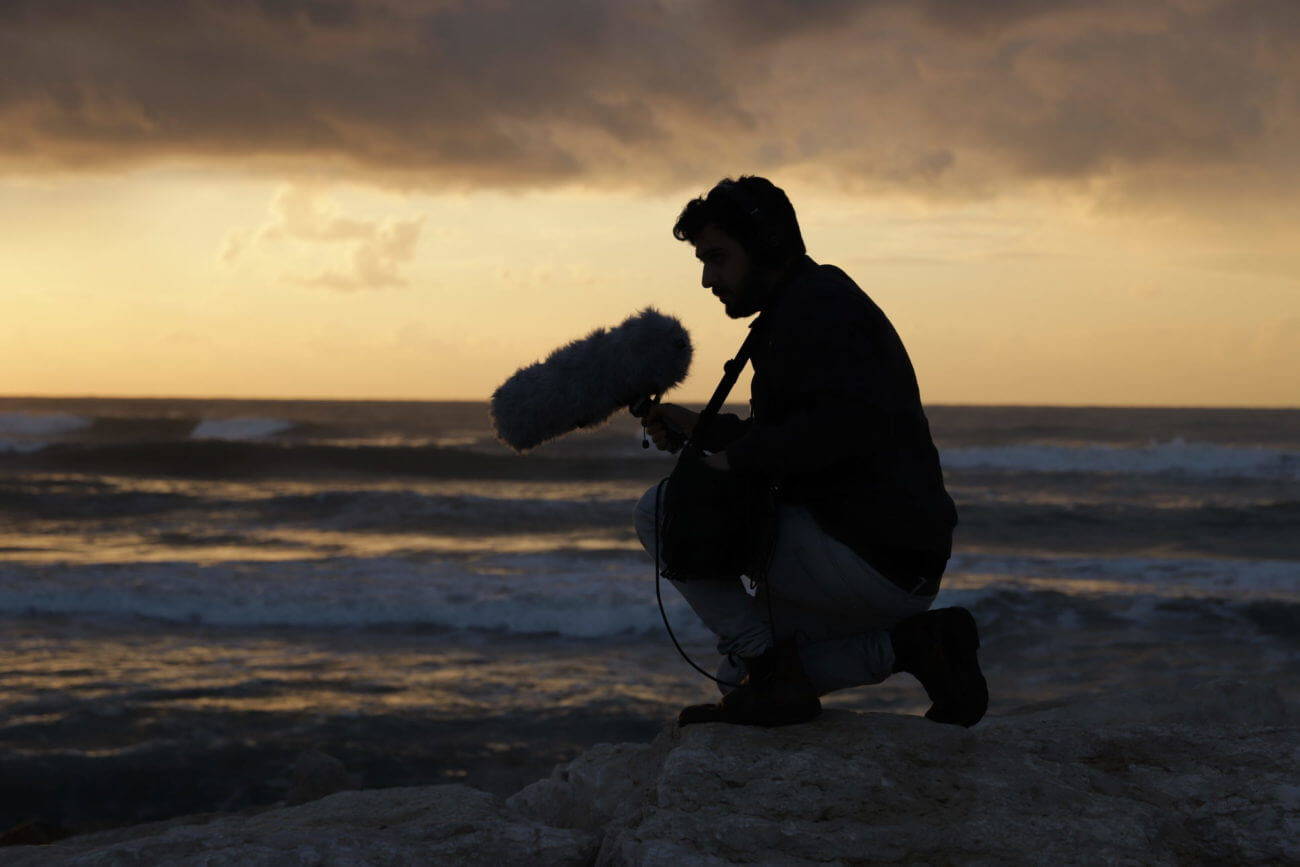 Aiming to simplify the search for sound effects, The Artlist sound catalog is organized by packs, which are sounds with a common theme.

Many of the sounds on those free sound effects platforms are pretty generic, which is how your video will probably sound when you use them. Sure, you will find the basic whooshes, impacts and foleys, but basic is the operative word here.

Artlist, on the other hand, has built its catalog with the content creator in mind, and a significant part of its SFX library consists of tailor-made sounds.

So, whether you’re trying to add realism to a scene with ambient sounds or liven up transitions, Artlist has all the foley you need. You can add depth to your story by layering room tone, human sounds, environmental noise, weather, you name it and use whooshes and audio swells to ramp up the tension in a scene. Cinematic impacts range from airy to scary. and Artlist has you covered for any genre you’re editing or producing. You’ll also find a variety of intros, stingers, and logos perfect for commercial use. Artlist also updates its catalog on a weekly basis, so you can be sure to find new sounds in your next search.

With an Artlist subscription, you can choose from thousands of whooshes, impacts, foley, and ambient sounds and never have to worry about copyright or licensing. Every sound effect on Artlist is made by a pro sound designer and the Artlist license covers every use, even commercial. Once you download sounds effects with a subscription, they are yours to use forever. Yes, truly unlimited.

The variety of effects may even inspire you to use new sounds. It’s easy to stumble onto new ideas using the filters and each clip comes with recommendations for similar sounds. Sound effects packs help you locate groups of sounds such as destructive impacts, airy transformations, and even specific location sounds such as a Norwegian harbor or a Thai market.

Royalty-Free sounds are ideal for filmmakers and video editors who want pro-quality sounds and no-hassle licensing. Get your Artlist subscription today to access the industry’s highest quality sound, the best variety, and the easiest to search library.

The Best Mortal Kombat Songs from the Games and Movies

Cinematic Footage and the Types of Camera Lenses You Should Use

Five Premiere Pro Shortcuts to Save You Crazy Amounts of Time