With an incredible career spanning 34 years, Craig Carter was one of Australia’s most distinguished and celebrated sound designers. Before his early passing in 2017 at the age of 60, Carter worked on over a hundred productions as a sound designer, editor, and recordist. One of Australia’s most respected and beloved film sound designers, he gained a national reputation through the high quality and innovative nature of his work on feature films, documentaries, shorts and television dramas.

For the launch of Carter’s incredible sound libraries on Artlist, we thought it would be the right occasion to celebrate the life of this master sound designer. 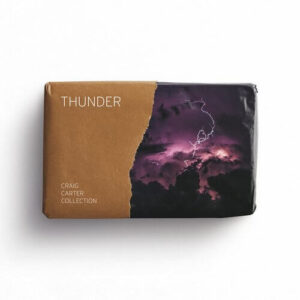 Beginning as a humble assistant at the ABC, Carter dove into the sound business head first, in the arena of evening current affair shows. His early talent and passion did not go unnoticed, as his first credits catapulted him into significant productions that would swiftly go on to become definitive Australian classics. Whether it was his work as a dialogue editor on Peter Faiman’s Crocodile Dundee or his efforts as the sound effects editor on George Miller’s Mad Max: Beyond Thunderdome, Carter was quickly recognized for his perfectionist nature and fanaticism for recording wherever he went. In 1986, Carter shared the AFI Award for Best Sound for his efforts as the sound editor on the Australian cult comedy Malcolm. Director Nadia Tass described Carter as ‘an incredible talent’ and stated that ‘we were very young when we began on Malcolm, “Craig’s creativity and talent in sound design was like a beacon of light, supported by his profound knowledge of literature, history and music.”

Indeed the melodic textures to his work could be traced back to his musical knowledge and temperaments. Carter’s harmonious talents directly fed into the originality and sensitivity of his practice, and his creative collaborators often mentioned his ‘great musical ear’ and love of guitar.

After the success of his well-chosen initial projects, Carter worked steadily as a sound, dialogue and sound effects editor over the next decade. In 1996, he employed his talents on Baz Luhrmann’s ‘Romeo + Juliet,’ where sound played a crucial role in providing the adaption’s fresh and innovative stylistic flourishes. This bold approach involved a careful fusion with the film’s modern soundtrack (where it was the second-highest selling album in Australia that year) and was nominated for Best Sound at the 1998 BAFTA Film Awards.

His sound design talents are perhaps best known for Carter’s work on ‘Rabbit-Proof Fence;’ a 2002 Australian drama film based on the biographical book by Doris Pilkington. The film follows the 1,500-mile journey of three young Aboriginal girls as they seek to return to their home community at Jigalong. Described as ‘a busily reverberant backdrop of cicadas, birdsong, animal ululations, wind and rain,’ the sound design was heralded as ‘the film’s texture’ and was deemed a ‘vital contribution’ to the film’s critical and commercial acclaim. The contemplative detail and acoustically enhanced realism of the movie’s sonic landscape were recognized with the AFI award for ‘Best Sound,’ in addition to a nomination for ‘Best Sound’ at the 2002 IF Awards.

Carter was known as a master craftsman who possessed the rare ability to marry practical and technological expertise with a deep respect for the emotional mechanics of storytelling. He prioritized emotion and story above all else in his work, ensuring each technical detail and pragmatic decision was motivated by script and character purposes. It was this valuation of emotion that gave Carter’s work its sonic distinctiveness by truly capturing and shaping the sound that the story demanded.

Some of Carter’s more recent accomplishments include bringing a ‘cinematic sound’ to critically lauded Australian television dramas such as Matchbox Pictures’ productions ’Barracuda’ and ’The Slap.’ After working with Carter on the aforementioned series’, Director-Producer Robert Connolly highlighted both Carter’s professional prowess and his gentle spirit, stating: “He had exceptional talent as a sound designer and always shared with great enthusiasm the adventure each project presented us. But my fondest conversations with Craig were actually about a million other things, literature particularly, travel, politics, being a father.”

Numerous collaborators paint a picture of a renaissance man with a kind heart, one who never lost his sense of fun or adventure – no matter the project. In a statement, Australian screen agency Film Victoria described the high caliber of Carter’s work, stating that the “standard of Craig’s work was recognized through the many awards and nominations he received, while his professionalism and good humor will be remembered by those in the industry who were fortunate enough to work with him.” By virtue of his passion for sound, Carter was renowned for his commitment to upcoming Australian sound designers, never neglecting his role as a mentor even in the busiest of times.

Whether in his backyard sound studio, the Congo Jungle, the ape-filled landscapes of Rwanda or the suburbs of Melbourne, Craig Carter brought the same level of commitment, eye for detail and pure joy to his work. 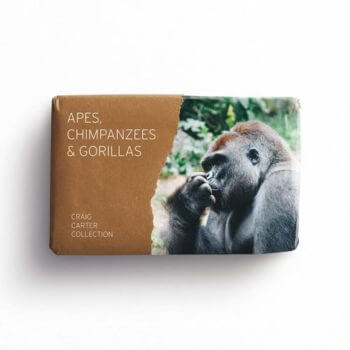 One only needs to read over Carter’s list of credits to instantly view the impact his practice had on sculpting Australian film culture and to understand the high esteem in which his peers held him. He is remembered as an innovator, a creative, a friend, a father, a husband and a pillar of the Australian sound design industry.

Carter is survived by his wife Fiona, daughters Eliza and Charlotte and son Matthew, and through his absolute legacy of high quality and groundbreaking work.

The Best Tripods for Every Type of Video Creator