The Best Software for Managing Your Production

Video production software is offered across all platforms, ranging from those that cover individual projects to those that can cover a studio
Most software will be administrative, covering the producing and financing end of production
Most also have creative features, allowing you to break down your script, create a storyboard and make sure continuity is maintained throughout production

Your script is finished, and you’re ready to begin production. Well done! Now it’s time to look for the best video production software out there. Although the choices are plentiful, here’s a list and breakdown of some of the most popular names out there. 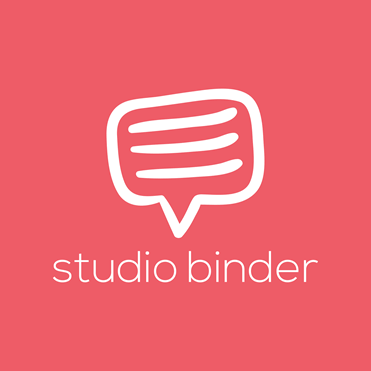 Studiobinder boasts a full-service platform that sees your project to completion. It’s cloud-based, which means you can skip load times and annoying installations. Start by uploading your script to begin the script breakdown, and Studiobinder has all the tools to help you. Put together your shot lists, storyboard and watch as the software assemble them for you. It even has a staggered schedule that allows you to see if there are any conflicts that need adjusting. For a premium plan, you can invite collaborators to your project and come up with custom branding for your production company. Studiobinder is one of the top video production software services around. 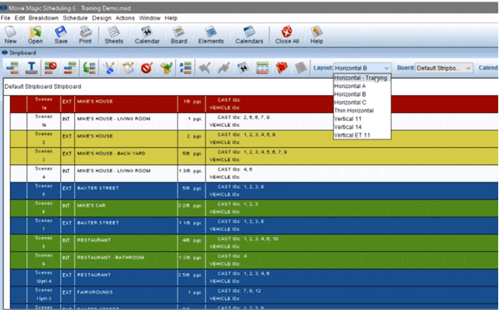 Movie Magic has been called the industry standard for production management software, and it’s not hard to see why. Owned by Entertainment Partners, it is used on many major productions, making it one of the best movie management software packages out there. You’ll be able to create comprehensive digital production schedules, with breakdown sheets, day out of days, cast breakdowns and more.

Also, the schedule uses the stripboard function, allowing you to be creative and provide consistency to your workflow. In addition to the video production software, Movie Magic has budgeting software that will enable you to put together your production budget. Given the wide range of programs and feasibility of use, Movie Magic is definitely worth considering for your project. 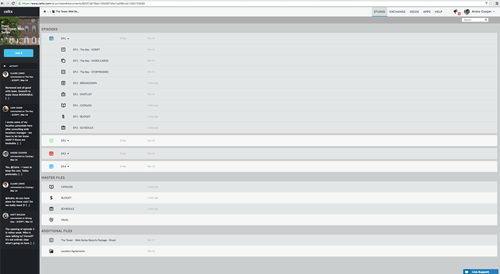 What once began as an app for screenwriters bloomed into one of the best video production software platforms out there. Cloud-based like the above options, your projects are secured and easy to access. You can add multiple users to create a team-centric workflow to your project, allowing them to access and work on an array of documents such as script collaboration. When creating a storyboard, you can incorporate images, set up your sequences and block shots to set the shooting up for success.

For a producer’s software, Celtx also covers your bases by allowing you to organize the budget, generate cost reports and use industry-standard templates to keep your ducks in a row. The scheduling feature also uses a stripboard layout so you can utilize each minute you have. Lastly, you can create call sheets that allow you to save and automatically fill data into the cells. As user-friendly as it is versatile, Celtx offers you everything you wish a video production software would. 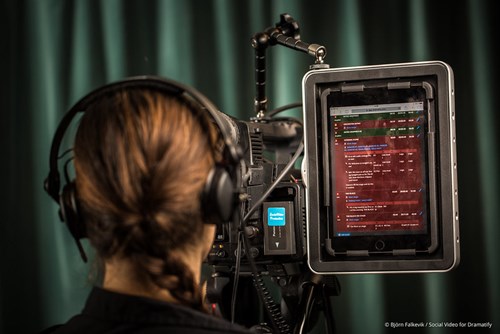 Dramatify, unlike Studiobinder and Movie Magic, is web and mobile-based. Through its user-friendly dashboard, it allows you to navigate its many features, including real-time production updates, team lists, team communication, script rundowns and shot lists and so much more. An added bonus is the continuity feature, allowing you to make sure your before and after shots match the flow of the narrative.

Using the familiar stripboard feature, it is also a great film schedule software, giving you real-time reports and updates to keep your production on track. The generated reports are a distinct feature, coming out automatically to give feedback on the day’s work and keep you informed of your project’s progress. Multiple users are allowed, but for security’s sake, a single log-in is required. The protection of your project is this producer’s software’s guarantee. 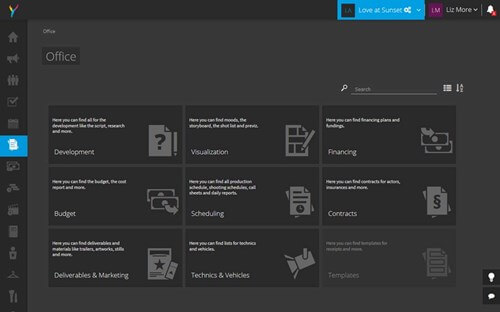 Assemble has all you need for video production project management. Designed as a producer’s software, it allows you to create calendars, production binders, file sharing and review and tasks for each project stage. The Tasks key allows you to delegate effectively while keeping track of multiple users.

Speaking of multiple users, file-sharing is effortless with no login necessary. You can sync the app across multiple tools, such as iCalendar, Google Calendar, Outlook and PDF. With all your tools and personnel in one place, you can rest assured that your team is on the same page working to bring your project home.

Pricing starts at $19/month with an option for additional storage space to add to the monthly rate. 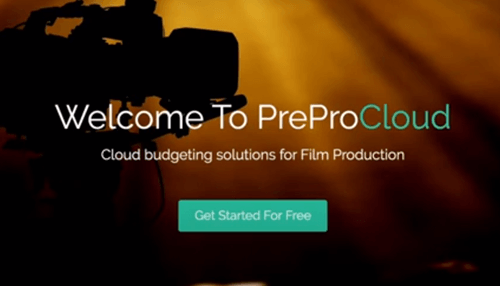 A cloud-based video production software, PreProCloud offers you the chance to bid for projects while gearing up to complete them. Since pricing is attached to work that is gained, it will reassure you to know that your money spent won’t go to waste. Collaborate with multiple users and send invites to heads of your production team. The service allows you to actualize a working budget, use visual metrics to see costs, run reports, distribute payments, keep track of petty cash and maintain a portfolio in one secured location. As you put your proposal together, you can modify line items to match the needs of your project.

You can also enter crew information to keep track of payroll. The overages and actuals feature keeps the budget honest and also shows where you might have wiggle room. With crystal-clear schematics and transparent accountability, PreProCloud is a one-stop-shop for bidding and production software.

Pricing: PreProCloud charges a one-time activation bid per project and once more if your budget bid is accepted.