So, you’ve finally managed to put together a film budget for your indie project, congratulations, now the hard part starts. Regardless of what amount of money you’re working with, you need to stretch that as far as possible. We don’t mean cutting corners. There are some areas of your production you shouldn’t skimp on, but with careful planning, you can make the most of your film’s production budget. 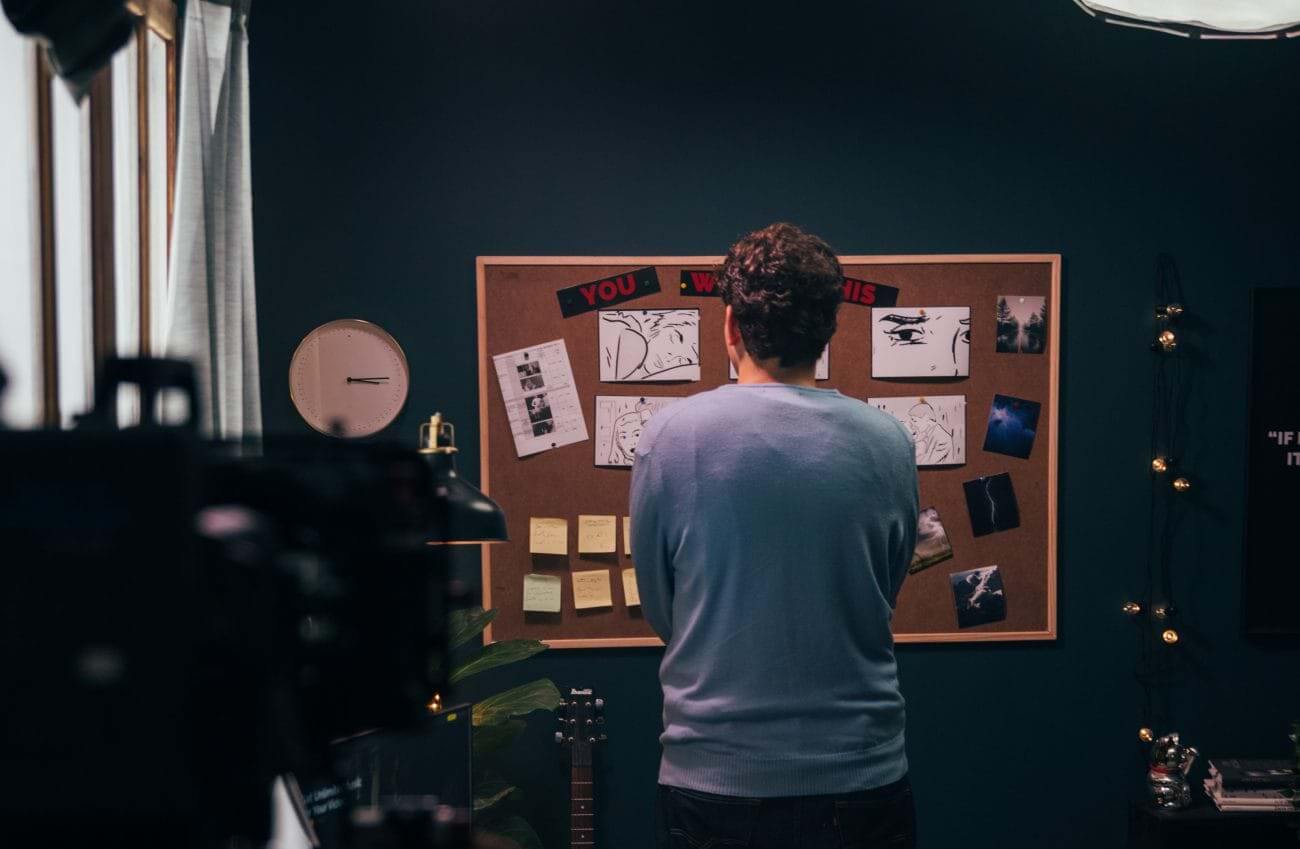 First of all, pre-production is the area where you can potentially save the most money. Pre-production is also a hugely important part of the filmmaking process but can get neglected. We get it, making a film is exciting, and you want to get stuck straight in. Pre-production can be quite a dull process, but movies live and die based on the amount of preparation time.

Thinking things through costs nothing but a little time, so make sure you give the project the prep time it needs. Breaking down the feature or short film script you wrote using storyboards and shot lists can be of significant help onset and can allow you to shoot things quicker. Similarly, location recces and lighting/camera tests might be annoying, but they can show you a wealth of issues you hadn’t considered. The shooting of any project will probably be the costliest part, so the less time you need to film, the less money you will spend.

Starting with a realistic cost estimation will help you stick to your budget. An estimated budget gives you a solid benchmark to continuously compare with your spending so you don’t stray. Tools like Promo.com’s Video Production Cost Estimator will help you calculate the cost of your video so you know what to expect before you even begin production.

Pre-production is also the time to speak to local small businesses about adding to your film’s production budget in some way. Funding doesn’t necessarily mean cash in this instance but can be providing an element of the film for free that would otherwise have cost you. For example, if you’ve got a scene in a taxi, ask your local taxi company if they’d like to sponsor your film by providing the car/driver for the shoot.

Forward planning can also cost you less in terms of props, costumes and special effects makeup. Whether you’re sourcing items in charity shops or ordering them cheaply from abroad, you’ll be grateful you gave yourself extra time. Above all, scheduling rehearsal time should be top of your to-do list.

As the old saying goes, it’s not what you know but who you know, and that’s never truer than in indie filmmaking. Connecting with like-minded cast and crew at events or in online groups and forums can help you find the people you need to produce your film. Consequently, you might have to offer assistance on somebody else’s project first as building lasting connections takes time.

Support your network’s other endeavors, be it through sponsorship, helping out on set or just a quick share online. As a result of your good deeds, you will be surprised how quickly they’ll return the favor.

It might seem like the ideal time to permanently upgrade your kit, as you’ll have the equipment for future projects and save more in the long run, right? Odds are your film production budget couldn’t take that kind of cost, therefore hiring is the most viable option. Kit depreciates, and before you know it, it will need an upgrade. Hiring kit allows you to work with the best current cameras, without forking out the full cost. Sites like Fat Lama will enable you to rent equipment from other filmmakers in your area.

Don’t Over-Promise and Make Sure You Deliver

Every filmmaker hopes their movie will make it into the most noteworthy festivals or sell to a distributor or streaming service. There will be offers of new projects, maybe some cash, and you’ll be able to dish out those backend deals. It would be wonderful if that were true, but in reality, it’s the exception, not the rule.

Being optimistic and having a plan is excellent; ambition is certainly the key to making an impact. However, if you over-promise the people who are helping you with the project, it can jeopardise your reputation and cost you more in the long run. Everyone has to start somewhere, so be honest about your plans and what you hope to achieve, people will still be willing to help you out. 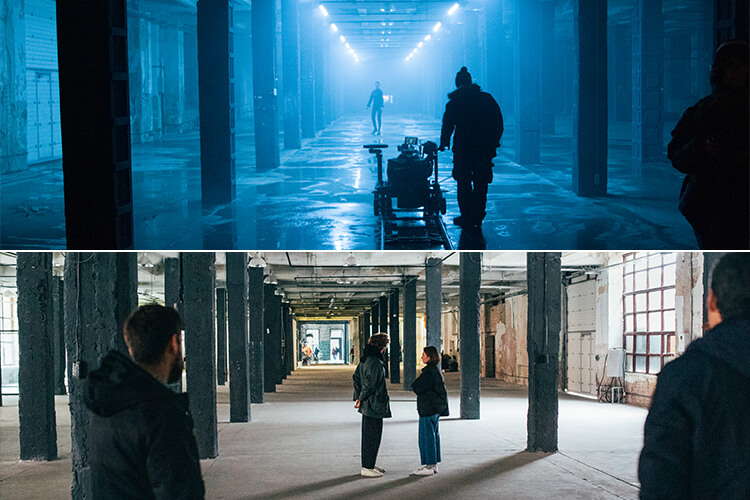 Getting the right location for your project can take a considerable chunk out of your film budget. So, you also need to think practically about when and where you decide to shoot your film. Booking through a film location hire company is straightforward and relatively stress-free, but it does cost more than doing it yourself.

You need to get creative with this one and leave no stone unturned in your search for locations. Speak to the people with access to the locations you need:

Furthermore, you can offer incentives such as a credit or a short promo for business owners.

Feeding your cast and crew might seem like an area you can cut back on, but we are going to tell you the opposite. Make sure you reserve enough of your film production budget to feed the people working with you. And not just junk food.  Ensuring there is plenty of fruit, snacks and drinks throughout the day can do wonders for onset morale.

Treat your cast and crew well and take care of them while they are with you. As a result, everybody will stay motivated and enthusiastic about your project, and go above and beyond for your film.

Use Stock Footage the Right Way 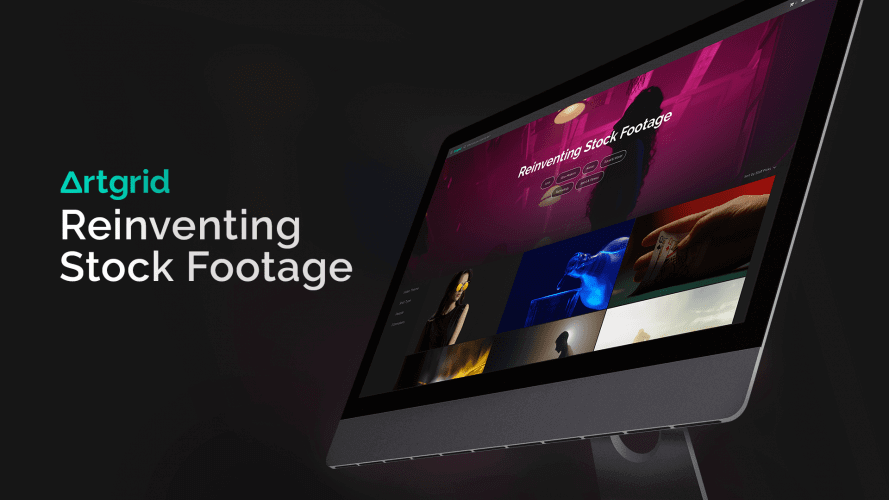 Stock footage is almost always challenging to use in a project without sticking out like a sore thumb. It can be difficult to replicate the style of a stock clip throughout your production because of the varying quality. With careful preparation, stock footage sites can be a goldmine for establishing shots. Sites are stocking more and more drone captured clips, which can help create stunning transitional sequences.

Plan your shots carefully and have an idea of the stock clips you want to use before you shoot your film so you can consider them when onset. Use it wisely, and you’ve added even more production value to your project at no cost to the film budget. You’d be surprised what can be put together using stock footage.

Go to Artgrid to find all the stock footage you need for your film.

Assembly Edit as You Go

At the end of a long day of filming, you’ll probably want to get to bed, but you have an essential job to do while others are resting. Reviewing your daily rushes is an effective way of saving both the time and cost of reshoots. Where possible, create assembly cuts as you go rather than wait until filming is complete.

You’ll get a clearer idea of any pick-ups or new shots you may need. Furthermore, you’ll be able to adjust the schedule accordingly with minimal disruption. Nobody wants to find out that they don’t have enough coverage after filming has finished, so assemble as you go.

A Fun Set is One People Want to Come Back To 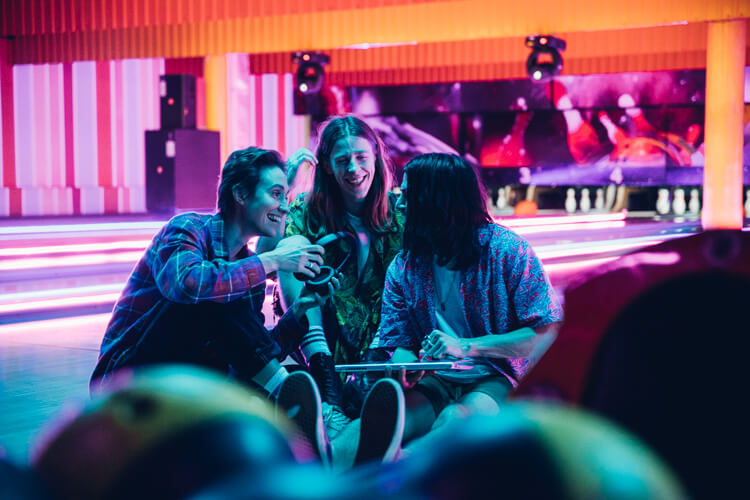 Finally, this might sound like advice you’d get from a parent, but it doesn’t make it any less accurate. Filming is a long, collaborative process, so tensions can often run high (even more so on those all-nighters). Create an ideas-driven atmosphere with a strong team mentality; stay calm and take the time to listen to your team.

It is doubtful that you’re planning on making one film and leaving the industry, so you must consider your future projects. As your ambition and skill grow, so does the cost of your project, build good relationships with your cast and crew, and these will last a lifetime.

No matter what your film production budget is, you need to be careful and make sure you are spending the money in the right places. Think creatively, research before you buy anything, and above all, enjoy every second of the experience.

Video Collective is a FREE UK Film & TV Job board. Whether you need professional freelance crew for a shoot or are looking for Film & TV jobs then check out our website. Made by freelancers, for freelancers.

How to Fund Your Film: 6 Ways for Making Your Project a Reality

How to Write a Short Film

Wide-Angle Lenses – What They Are and How to Use Them

A Step-by-Step Guide to Filming Interviews