360 cameras have come a long way over the years – they’re now proving to be really useful tools for any YouTube creator
The Insta360 X3 just released, and I’ve been surprised by how much I’ve been using it daily
From beautiful image quality, boosted by a new HDR mode, to its audio capabilities and many other features, find out why this is the best 360 camera on the market

Hear me out on this. I used to hate 360 cameras. I didn’t really understand the point and how they fit into my filmmaking style, so I completely disregarded them. I thought they were a bit gimmicky, to be honest. However, I couldn’t be more wrong. This year, I’ve finally seen the light and with the Insta360 X3 released, I’m never going back.

You may have already seen some of your favorite YouTubers talking about this new 360 camera. It’s popped up in Casey Neistat’s triumphant return to NYC vlogs and received rave reviews from the likes of Peter McKinnon and Matti Haapoja, all with good reason. The Insta360 X3 is my new go-to vlogging camera. Let me explain why.

Below, we’ve got a full list of the impressive specs the Insta360 X3 has to offer. Take a look to get an idea of what this camera is capable of.

In short, what I love about the Insta360 X3 is how versatile it is. It’s not only for making 360 videos! No matter what I’m filming or doing, there’s always a reason to have this camera in my pocket. And by the way, it’s great for travel. With such a small and compact lightweight design, you can bring this thing anywhere.

One of my favorite uses for the Insta360 X3 has been filming sports and outdoor videos. Something that I’ve always struggled with is how to film myself when hiking or cycling with a more traditional camera like my GH5 or Sony ZV-1. I always had to first stop, set up the camera, hit record, walk back, then walk or cycle through the frame before stopping again, going back and picking up the camera. If you’re trying to do that for multiple shots, it can be a little tiresome. Take a look at Kraig Adams’ hiking videos to see what I mean. Fair play to the guy for having that much patience and consistency.

The Insta360 X3 has kind of revolutionized how I shoot these types of vlogs. Rather than go through all that hassle, I can now just hit record and get great shots of myself walking or cycling through my environment. The whole process is much more streamlined and enjoyable. I’m safe knowing I’m filming everything in real time. And whenever necessary, I can use keyframes in my edit to change the camera angle. With the large ½ inch sensors shooting at 5.7K in 30/25/24fps, the footage I capture is brilliant. There’s also HDR mode, which, when used in the right scenarios (anywhere with enough light), can really draw down blown-out highlights and add more detail to your shadows.

What I love best, though, is that I can properly vlog while using this camera.

Previously, I had a few minor but valid gripes about various 360 cameras needing improvement regarding audio. Although they captured cool footage, I had to rely on something else to record solid audio. I ended up using my Sony ZV-1 compact vlogging camera to capture separate audio then sync it up in the edit…something that was tedious and annoying. What I love most about the Insta360 X3 is its easy integration with the Rode Wireless GO II system. In my opinion, if you really want to get the most out of this camera, you should pair it with these wireless lav mics. 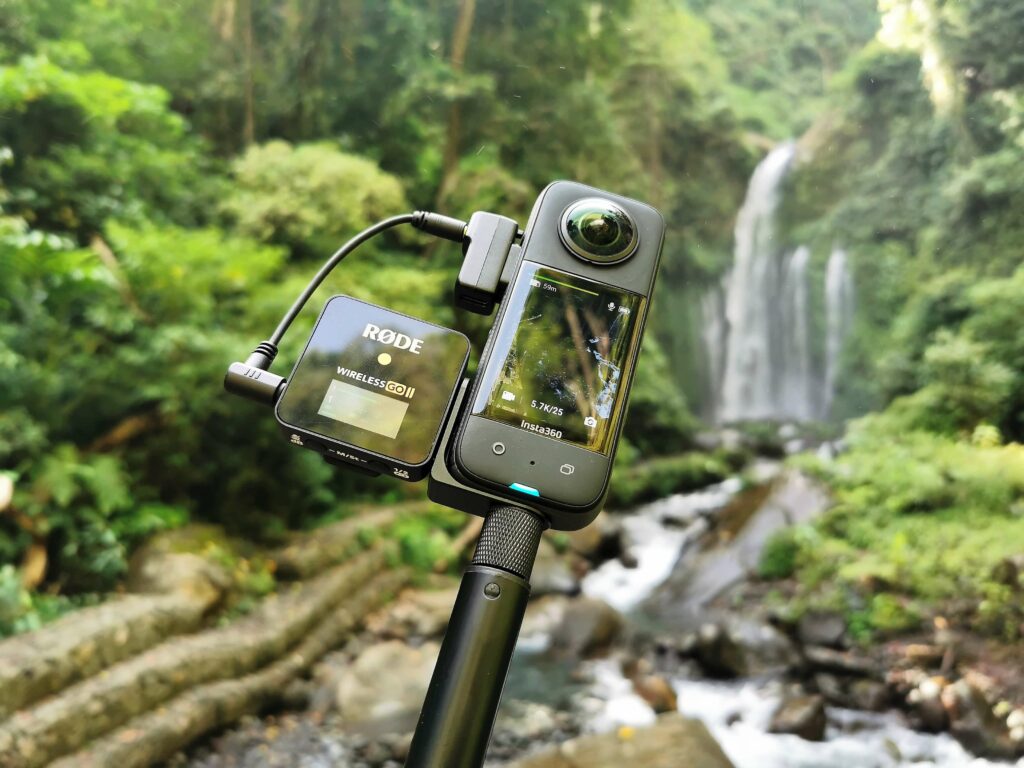 Now, I can record both great footage and quality audio all on one file. Because of how the Rode Wireless GO II receiver is attached to my camera (using the Ulanzi PT-21 bracket), it’s stitched right out, making it completely invisible!

This new vlog setup has also changed how I’ve filmed sequences when exploring different cities. For example, on a recent trip to Singapore, I had the Insta360 X3 attached to my rucksack strap while I checked out some of the food courts.

Previously. I always found that filming in busy public places was a little tricky. Once people see you’ve got a big camera and you’re pointing it somewhere, the interactions you get are different – sometimes a little more awkward or unnatural. What I’ve found with the Insta360 X3 is that I’m capturing more real, authentic content because the camera profile is much smaller and less intrusive. So I can capture both myself and other people simultaneously, rather than having to switch the camera around constantly, which makes people hyper-aware of the fact they’re on video.

Another great use for the Insta360 X3 is that, in some instances, it can actually replace your drone. For example, let’s say you’re in a bustling, built-up area or somewhere restricted where you can’t legally fly your drone. Then, you can very easily replicate the same shots you want using the Insta360 X3 instead.

For example, check out some of the shots in this great collaboration between Insta360 and Jordi Koalitic. He demonstrates exactly what I mean!

I’ve also been pleasantly surprised by the photos. At 72 megapixels, they’re large, high-quality files, and with the selfie stick stitched out, taking selfies has never been easier or more fun. Rather than having to ask someone else (who probably doesn’t know anything about the rule of thirds) to stop and take a photo of you, you can now do it all yourself. And you can view and download the images immediately via the app on your phone, ready for sharing on social platforms. 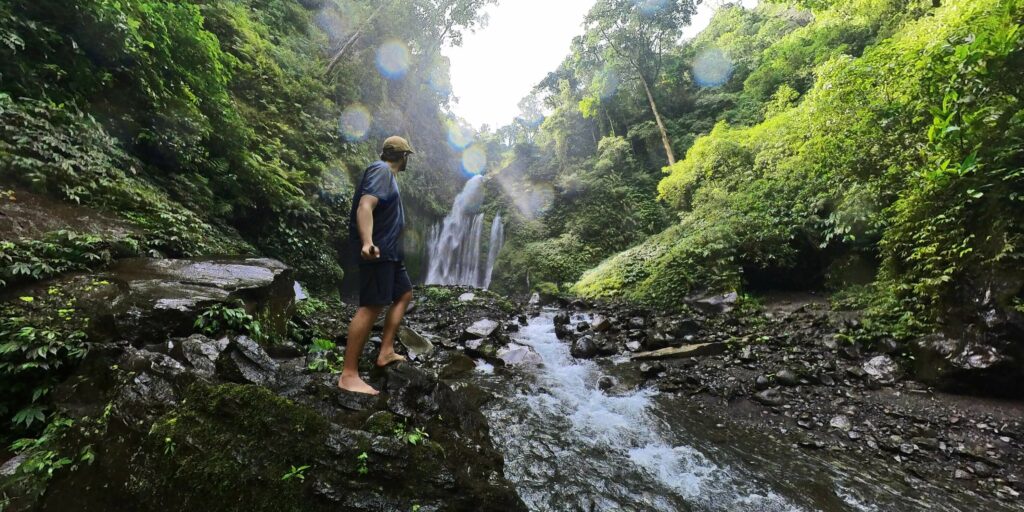 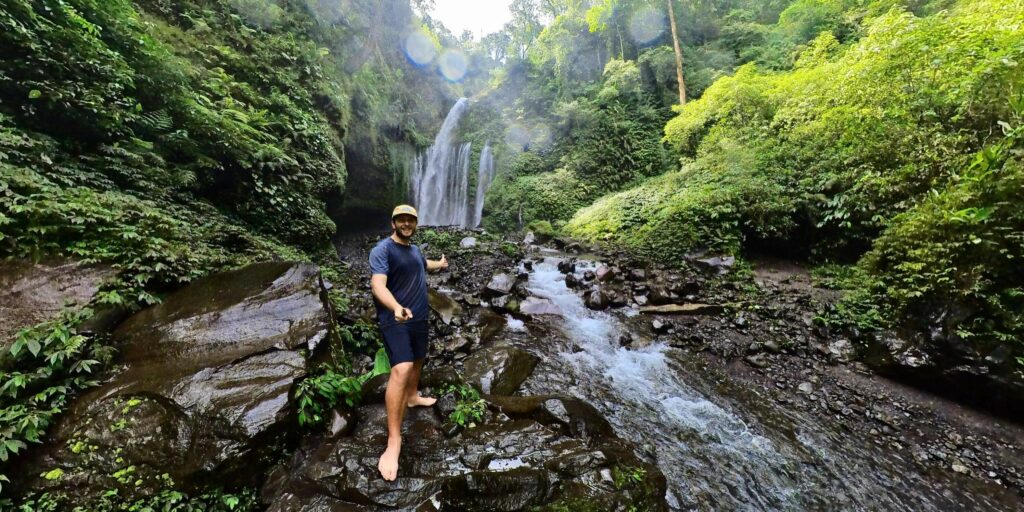 There are tons of other features worth checking out. For example, the app is by far one of the best camera apps I’ve used. It’s full of inspiration and helpful tutorials, all designed to get you out there creating. On top of this, it’s straightforward to download, edit and export your footage on the go, making it perfect for creators.

Usefully, the camera can also shoot in “Single Lens Mode,” effectively turning it into a more traditional action camera. Meanwhile, settings like “Bullet Mode” (the effect that the viewer is flying around your head in slow motion) don’t necessarily fit into my own filmmaking style but could be great for a piece of social content. Check out my two attempts at using it below:

In the interest of being fair and honest, no camera is perfect. If I had a gripe about the Insta360 X3, I’d say the battery life could be slightly better. It’s not bad, but if you’re filming for the whole day, you’ll definitely want to pick up more than one. Additionally, in an ideal world, I would love for the resolution to go beyond 5.7K, but there are obviously limitations on sensor sizes and budget here. However, the quality is more than good with the footage I shoot now, so I can’t complain. Perhaps we’ll see that happen in the future and in a later model.

So that’s why the Insta360 X3 has become one of my favorite cameras for vlogging. Coupled with the Rode Wireless GO II, it’s a highly versatile piece of kit that has solved several conundrums for me, adding some fun to my filmmaking process.

It’s obvious from the moment you take it out of the box that this camera was designed with creators in mind. It’s so easy and fun to use. So, if you’re creating YouTube videos or social media content and want a versatile camera that can do it all, I highly recommend giving the Insta360 X3 a go. At its price point, it’s the best 360 camera on the market right now.

How to Create Trendy Animated Titles With Motion Graphics Templates