When it comes to using music in film, few filmmakers do it like Quentin Tarantino. While many directors use specially composed music scores, Tarantino is living proof that you can find existing songs that “were meant” to be in your film.

What makes him such an exceptional soundtrack curator? With the release of his ninth film ‘Once Upon a Time in Hollywood,’ I break down the different aspects that make the music in Tarantino’s films so memorable.

Inspired by his phenomenal soundtracks, we at Artlist have curated a retro Tarantino-inspired collection, full of soul, funk, groove, rock ‘n’ roll and hip hop tracks that will add that accessible sophistication to your films. Check it out here.

Can you think of a song that has become more synonymous with a film than Dick Dale’s ‘Misirlou’ and Pulp Fiction?

You’re right, there aren’t any.

Finding the opening song is one of the fundamental stages in Tarantino’s process.

“One of the things I do when I am starting a movie, when I’m writing a movie or when I have an idea for a film,” he explains, “is I go through my record collection and just start playing songs, trying to find the personality of the movie, find the spirit of the movie.” And when he hits that note, “Then, ‘boom,’ eventually I’ll hit one, two or three songs, or one song in particular, ‘Oh, this will be a great opening credit song.'”

This approach has lead to some of the most masterful and iconic scenes in the history of cinema. Take ‘Reservoir dogs and George Baker Selection’s ‘Little Green Bag,’ or the Pulp Fiction opening song, Jackie Brown and Bobby Womack’s ‘Across 110th Street’, or Kill Bill Vol. 1 and Nancy Sinatra’s ‘Bang Bang,’ The music is what truly makes them memorable.

So when picking your opening song, think of the vibe you want for your film and look for the song that perfectly delivers it, no matter what decade it’s from.

You Have Their Curiosity, Now Get Their Attention 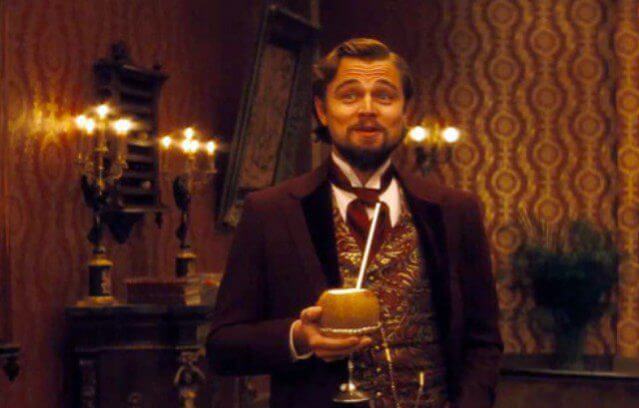 Tarantino loves using music that his characters are listening to during the movie, and those songs always play a significant part in the story. Take Pulp Fiction’s dance scene as an example. It’s a dramatic moment because that’s where we see Mia Wallace and Vincent Vega click.

In Death Proof’s big crash scene, the motive for vengeance is established with the music. The girls are so absorbed in listening to ‘Hold Tight’ in the car that they don’t notice the Chevy Nova racing towards them.

Music can also be used as a contrast to what’s on the screen, creating comedy, surprise or confusion. The contrast between the smooth, carefree sound ‘Stuck in the Middle With You’ and Reservoir Dog’s violent gore where Mr. Blond cuts the cop’s ear off make it one of the most iconic moments on film.

“…when you do it right and you hit it right, then the effect is you can never really hear this song again without thinking about that image from the movie. I don’t know if Gerry Rafferty necessarily appreciated the connotations that it brought to ‘Stuck in the middle with you.’ There is a good chance he didn’t…”

Say ‘What’ One More Time 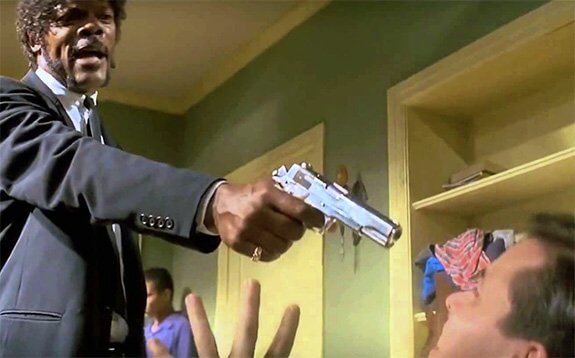 While the music often acts as a contrast, Tarantino makes sure the song’s lyrics match his visuals, and he does that to perfection. In the iconic ear-cutting scene, we hear ‘Well I don’t know why I came here tonight, I got a feeling something ain’t right…. Stuck in the middle with you”. Seems about right.

Take Kill Bill Vol 1’s opening, when we see Beatrix Kiddo laying down on the ground shot. Nancy Sinatra’s silky voice and lyrics add a touching melancholy to that ultra-violent scene. “Bang Bang, I hit the ground, Bang bang, he shot me down….”

Lyrics can have a stronger effect on a scene than the music, so look for songs with lyrics that match your visuals. 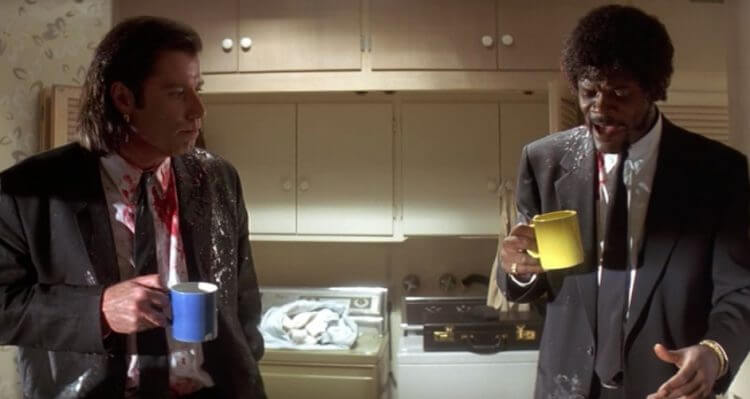 When Tarantino directs a film, he thinks of himself as part of the audience, which leads him to pick only songs that he likes. As a result, his musical style fits perfectly with the visual and narrative.

So, be sure to choose songs that you like for your soundtrack. More often than not, it will make your films more stylistically coherent and complete. Just don’t take this advice to the extreme and use a metal song in a children’s movie simply because you like it.

Be Prepared to Scour the Earth 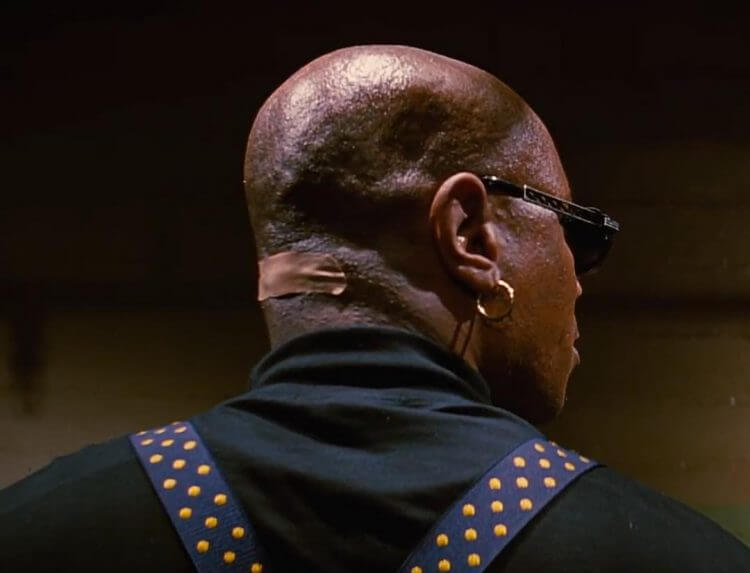 Tarantino doesn’t hold back when describing the importance of soundtrack building.

“That’s one of the things about using music in movies that’s so cool, is the fact that if you do it right, if you use the right song in the right scene; Really when you take songs and put them in a sequence in a movie right, it’s about as cinematic a thing as you can do. You are really doing what movies do better than any other art form; It really works in this visceral, emotional, cinematic way that’s just really special.”

Although he rarely uses original music in his films, Tarantino takes his time rummaging through his vast record collection to carefully handpick every song in his soundtrack. Of course, not everyone has the time to sift through thousands of songs or afford to use copyrighted music in his films.

Luckily, there are royalty-free music sites like Artlist, offering original and high-quality music at an affordable price and provide filters that make your search fast and easy. 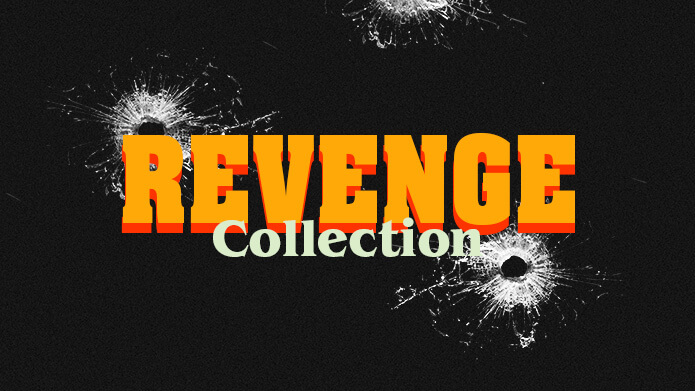 Everybody be cool, this is a Tarantino-inspired collection!

And don’t forget to check out our Tarantino-inspired music collection.

Cousin, the Retro Business is a-Boomin’ 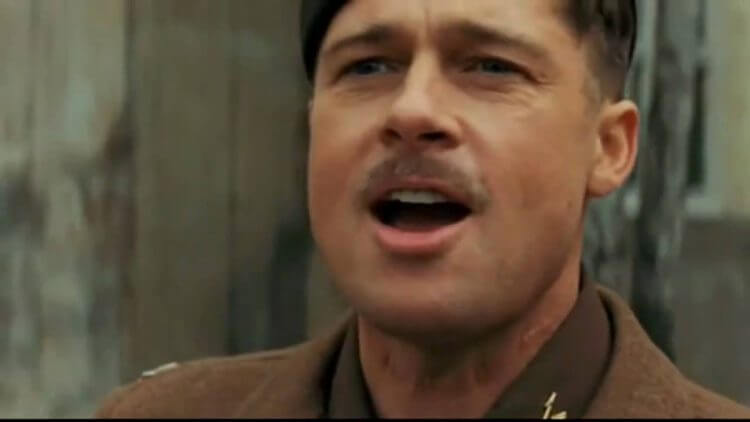 In my post about the Stranger Things phenomena, I stated that nostalgia has a powerful impact on viewers. Tarantino proves that point to a T. Using memorable and long-forgotten hits from past decades, he connects with his viewers through a shared experience.

Songs that sound nostalgic can have a big impact on your viewers, so don’t be afraid to go there when it’s appropriate. 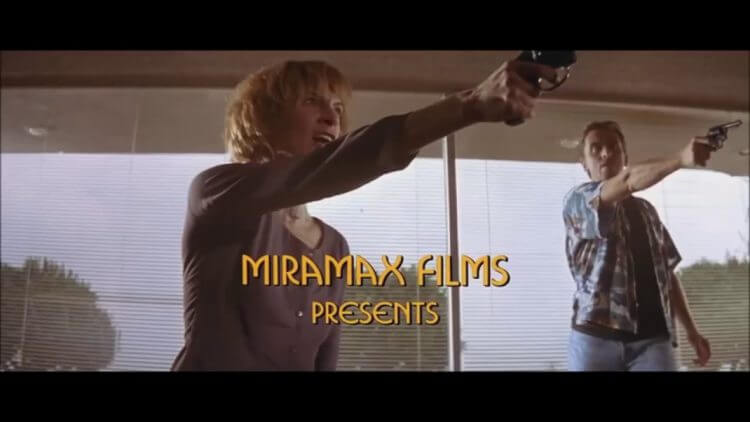 As Tarantino shows, creating a good soundtrack doesn’t have to involve an original score. There’s plenty of songs out there on music licensing sites like Artlist that are perfect for you. You just have to look for them. Don’t be afraid to use music in different parts of your film and let the lyrics create an impact. Retro is all the rage today, so check out our vintage-heavy Tarantino inspired collection to find the perfect song for your next project.

Artlist Mood of the Month: Mysterious

The Best Royalty-Free Music for Drone Videos in 2022

Get Music Inspired by the James Bond Film Series

Artlist Continues to Reimagine How to License Music