YouTube Channel Breakdown: Why Van Neistat Is a Filmmaking Genius

Having started his YouTube channel ‘The Spirited Man’ less than 6 months ago, Van Neistat has already gained more than 400k followers
Although he is the brother of YouTube superstar Casey Neistat, Van has is own unique style
The Spirited Man captures viewers thanks to his originality, artfulness and DIY know-how

When Casey Neistat moved to LA, his output on YouTube significantly dropped, much to the disappointment of his 12 million + subscribers. For years, we have wandered aimlessly through the YouTube wilderness, discovering other fantastic creators but…nothing quite like Casey. Nothing that itches that particular Neistat scratch. Until now.

When Casey uploaded a film titled ‘My Brother Van’, something in the YouTube universe shifted. Suddenly, overnight, we had another expert Neistat storyteller – someone we previously knew little to nothing about. This discovery was something of a revelation. In the words of Yoda, “there is another”.

Since he started his channel earlier this year, Van Neistat has very quickly and deservedly built up his own loyal fanbase. He’s a (spirited) man who somehow seemed right at home on YouTube from day one. Here’s why his channel is so good.

Van Neistat is an American filmmaker/storyteller living in Topanga, California. His films tell stories that revolve around the concept of being ‘spirited’. What does it mean to be a spirited man or woman? The episodes frequently focus on fixing something that is broken, questions about life and philosophical thinking, travel and nostalgic stories from earlier years or…a combination of everything! Let’s see what his channel description has to say:

Intriguing… let’s dive into what makes this spirited man and his YouTube channel so special.

This is an extension of the Neistat universe

Ask the top dogs in Hollywood what makes a successful franchise, and they’ll tell you that it’s all about building out the universe in which your stories live. Whether it’s Star Wars, Marvel or Game of Thrones, they are all set in universes that are constantly growing and being built upon, garnering a huge fanbase.

Inadvertently, the Neistat brothers are busy doing the same sort of thing. And Van’s YouTube channel is an unexpected extension of the Neistat universe. It’s an extension we didn’t know we needed or wanted, but now very much a part of our favorite corner on YouTube. It’s really fun to analyze Van’s work and compare the similarities with Casey’s films. You start to realize that Casey learned a lot from his brother, and there are all sorts of little crossovers that are kind of like easter eggs for the ‘true fans’. They even have the same laugh!

Yeah, okay – slightly juxtaposed with what I just said but, Van Neistat is one of the most original YouTubers I have watched in a very, very long time. Despite being a Neistat and inevitably having some relation to Casey, Van is very much his own man. There’s nothing else like this on YouTube! Note: there probably is, now that people have been influenced by Van. 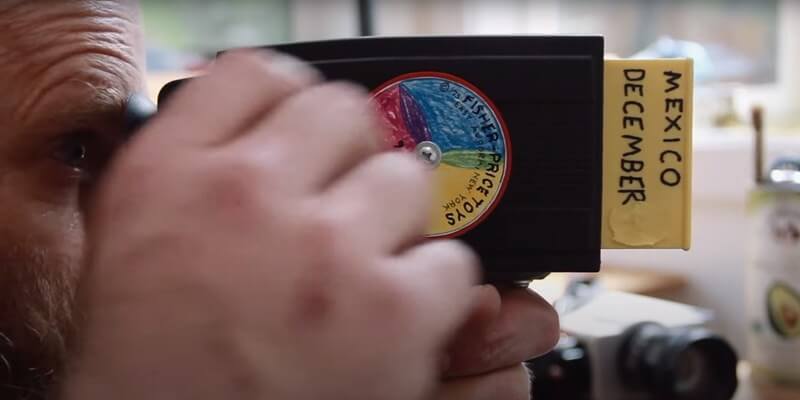 Taken from ‘2 Things to Know About Women‘

In a world where everyone believes that to be successful on YouTube you need to copy the people at the top and do everything exactly how the most popular channels do it, there’s an overwhelming amount of copycat content that all feels the same and ultimately becomes mundane. The space feels over-saturated. That’s why I’m drawn to the breath of fresh air that is Van Neistat. He’s doing things so differently.

Everything is perfect, from the industrial style that doesn’t shy away from showing the nuts and bolts of filmmaking and rarely looks to achieve the ‘perfect shot’, to the clattering of the old-school typewriter in the intro. From the very first upload, it was clear that Van had his very own, original style.

And that’s no real surprise. The guy has been a filmmaker for decades now. Remember – he and Casey had an original series air on HBO – “The Neistat Brothers” (2010). So Van has been around the block and knows how to make good films.

Furthermore, his originality stems from the fact that he doesn’t watch YouTube and generally seems to steer clear of all social media. As a result, he hasn’t been influenced by anything online, which is incredibly rare. In an interview on the Rich Roll podcast, he even confessed to not watching too much of Casey’s work out of fear he may subconsciously steal ideas for stories and be influenced by his brother.

This is storytelling at its finest

If you try to describe the concept of Van’s films to your friends, it’s not going to sound very exciting. “It’s about this guy who…fixes things…”, “that’s it?”

Yep. That’s it. Yet somehow, through brilliant storytelling, Van has this ability to turn the seemingly mundane into something exciting and interesting. In a world with Google and fast consumerism where the easiest solution is often to just buy another one, it’s oddly satisfying to see someone have such an intimate knowledge of how to fix things and repeatedly practice their craft so well. 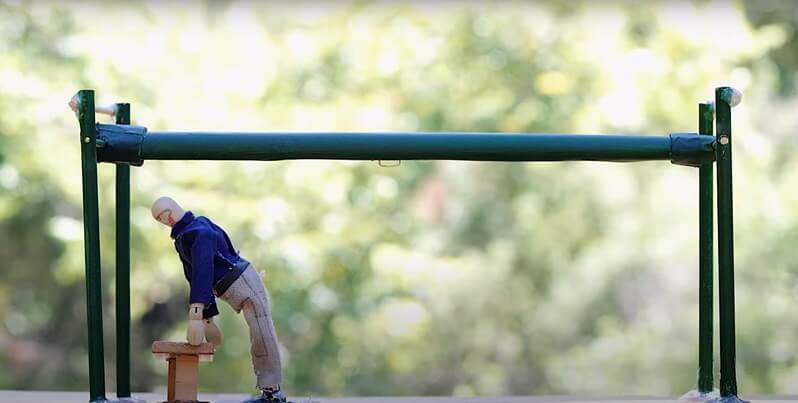 Taken from ‘Fixing the Zip-Line Without Permission‘

Van does this by following the classic 3-act structure – something we picked up on in Beau Miles’ work. Many of Van’s videos play out like this:

Act 1: there’s a problem. Something needs fixing. Van’s the man to do it.

Act 2: we follow Van on his journey to fixing said thing. There are problems encountered along the way, moments of comedy and serious lessons to be learned.

Act 3: the resolution to the story – Van either succeeds in his efforts or fails. Both offer important life lessons and interesting takeaways.

His film about protecting his family from speeding cars outside the home driveway is the perfect example of this:

You can see it again in this simple, 4-minute feature about fixing a car door lock:

The series format is a winner

Lastly, the success of Van’s YouTube channel comes down to how he’s rolling out his content. He’s opted for an ‘unlimited series,’ which is genius because it keeps bringing us back again and again. We’ve previously talked about this as a great way to grow your YouTube channel.

Very quickly, the core audience base has understood what to expect with Van’s videos and how the format of each episode plays out. You’re always left wanting to watch more stories and see little snippets of this man’s universe. Every time I see a new upload from Van, I’m there.

As several comments on his videos have alluded to, while they may have originally subscribed to the channel because of Casey’s promotional video, viewers have stuck around because of Van. 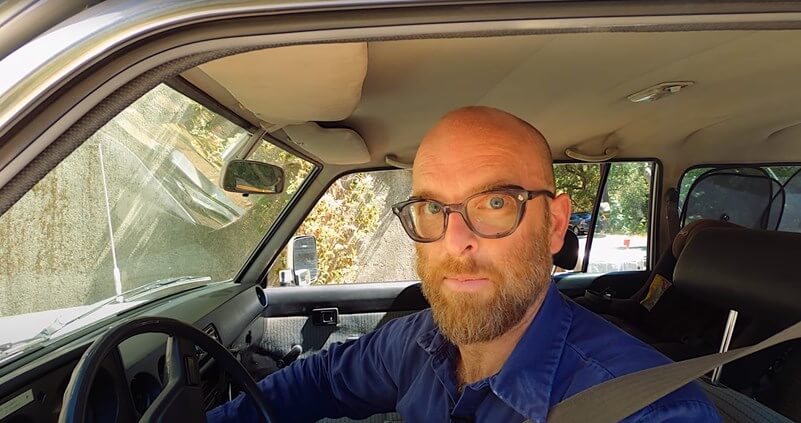 Taken from ‘Protecting My Family From SPEEDERS‘

So, have you subscribed yet? Van Neistat is a force to be reckoned with and we’re eternally grateful that he chose, seemingly out of the blue, to step into the realm of YouTube and bless us with his craftsmanship. His channel is only a few months old but he’s already secured over 400,000 subscribers – we can’t wait to watch how he grows and where this new chapter in his career takes him!

How to Use Stock Photos in Video

How to Get a Lifetime of Free Royalty-Free Music