We are breaking down some of our favorite YouTube channels and look at what makes them stand out. This time, we analyze how Australian filmmaker Beau Miles makes his own brand of adventure films.

Perhaps my favorite thing about one of my favorite YouTubers is that you may not yet have heard of him. Not quite yet. I’ve got a feeling that’ll be changing over the next few years but for now, he still feels like a bit of a hidden gem. It’s one of those rare occasions where you want to offer sacrifice to the YouTube algorithm gods in thanks and praise for them suggesting such a wonderful channel. Let me introduce you to Beau Miles.

Beau Miles is an Australian filmmaker/storyteller/adventuring athlete. His YouTube films tell the stories of his adventures, whether it be an epic sea kayak expedition around the southern part of the African continent (spoiler alert, he survived) or a simple yet satisfying reframing of his commute to work (instead of driving, he decided to walk to his workplace which took him about 2 days). He’s a breath of fresh air on the YouTube platform and a 400,000 strong subscriber audience can’t get enough.

Let’s see what his YouTube description has to say.

Interesting. Let’s dive into what makes him so special.

At the heart of it all, Beau is a fantastic storyteller. His films are so often about getting from A to B and he’s become an expert at taking his audience on that journey with him, allowing them to feel every hard push uphill and the brutally cold, stinky swamp water seeping into his wetsuit.

If we break down any number of his films, we have the classic ‘3-act story structure’.

Act 1: the audience is presented with the goals of the adventure and challenge he’s set himself. He lays out what his hopes are and what he wants to achieve while building up with preparation for the trip. 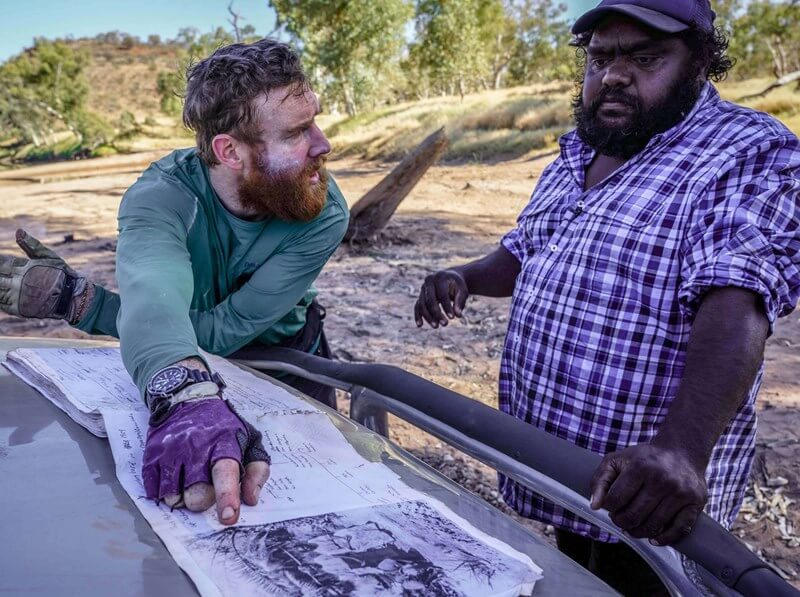 Act 2: Beau embarks on this journey. It’s often hard, brutal and challenging, with a few problems encountered on the way.

Act 3: the goal is achieved, the end point reached and the adventure summed up. Through a voiceover or pieces to camera, Beau sums up everything he’s learned and gives his audience the main takeaways.

Now, the reality is that his storytelling is more complex than that, but at its foundational core, this is the blueprint. You can see it in the following:

Act 1: Beau sets up the story by telling us about the old railway line that runs through the area he’s grown up and lived in all his life. No trains have been through in 60 years, and he wants to run it. The route equates roughly to a marathon. He wants to get to know his local landscape much better, rediscover the line by being the first person to run it since 1958 and challenge himself through the rugged terrain. 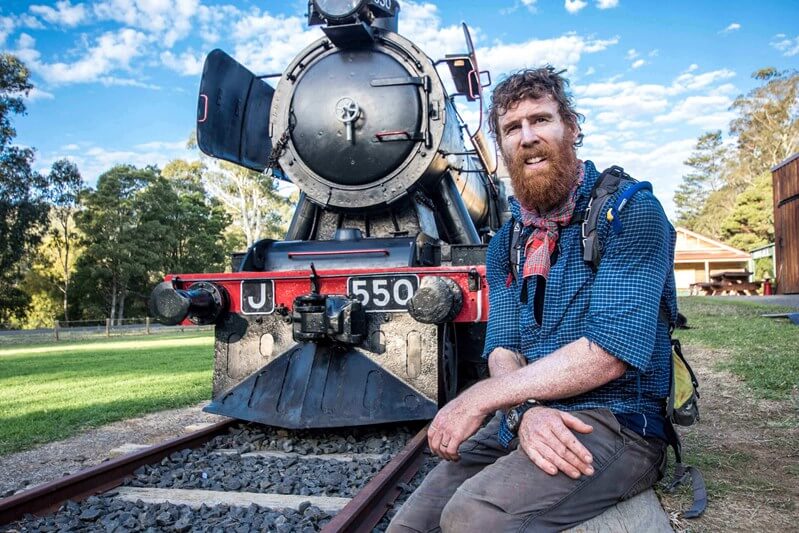 Act 2: Beau runs the line. On the way, he encounters the difficulties of fencing and having to cross people’s private land, which gets him into a sticky situation with the police. He also has to battle through thick, thorny vegetation that blocks the route. Oh – not to mention the physical toll of running a marathon on a hot day (Australian hot). 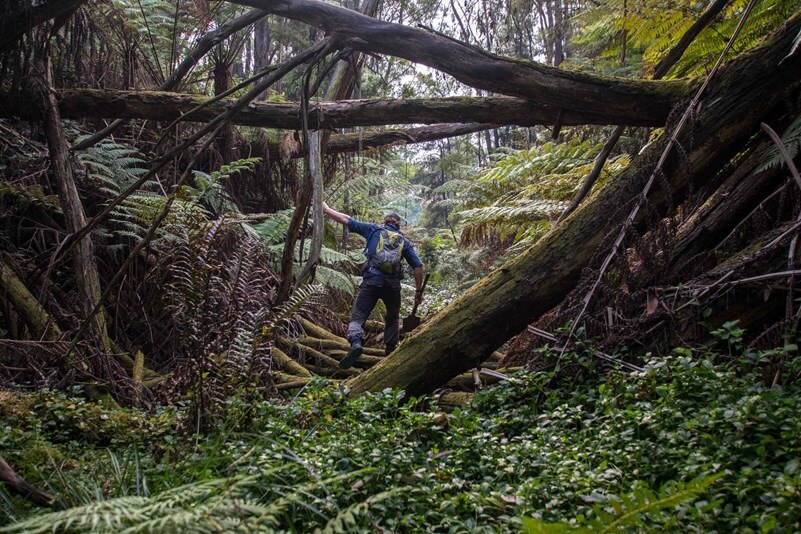 Act 3: He sums things up with the realization that he’s starting to trust himself more and more with his ‘curious tendencies’. There was a time when he would ‘go to the ends of the earth’ to try and find adventure, but now, he’s starting to realize that adventure is right ‘under my nose here, on all these sorts of multilayered things that happen in my own backyard.’ By connecting the dots of all the history surrounding him, Beau feels closer to his home turf. He encourages others to do the same – to explore their own backyard! 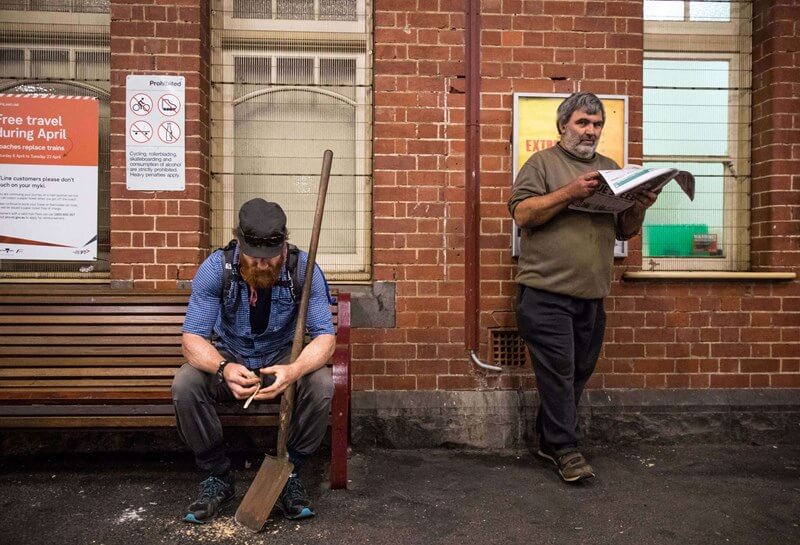 (He also thanks 31 property owners for not shooting him. Very kind.)

The Commute: Walking 90km to Work

Act 1: We start by seeing Beau’s usual way of commuting to work. From home to the University where he teaches, it’s a 90km drive over 75 minutes. He used to go on wild adventures worldwide, climbing massive mountains and sea kayaking around continents. But, in the spirit of wanting to reframe adventure and how he perceives his local environment in Victoria, Australia, he wonders whether his commute to work can become something as fun and interesting. ‘Can my commute offer me the adventures of high mountain tops and wide seas?’

Act 2: Beau sets off on his epic walk. On the way, he encounters plenty of trials and tribulations. There’s the danger of the road traffic roaring along the highway at high speeds, as well as the unbearable noise. He also has to find himself a safe, dry place to sleep overnight, eventually ‘roughing it’ in a bush near a service station. He also encounters plenty of garbage and waste, which is quite eye-opening, and, of course, there’s the physical toll of walking 90km. It’s not easy. 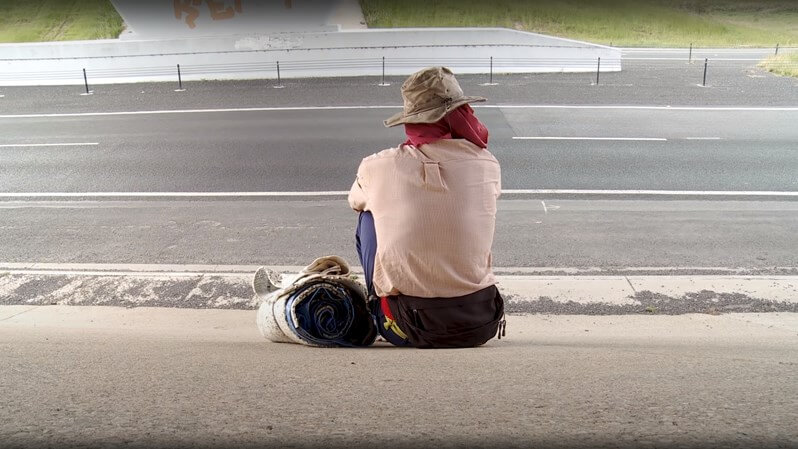 Act 3: ‘I’ve had more experiences in the last 30 hours than the past 10 years of driving that route’. Beau’s theory that you can reframe your environment and change what is meant by ‘adventure’ is proven true by this experiment. And it was hard. He likes hard challenges. All in all, it was a huge success and had everything you need in the recipe for a good adventure.

Something that’s really appealing about Beau is how raw and real he is. You’ve never known a friendlier Australian YouTuber. His personality is infectious, and it’s what makes his films so good. As we are taken along on these adventures, we learn more and more about what makes Beau tick. There’s no acting or fakery about his work; it’s all real and down to earth. He often speaks his mind as he goes, giving us an insight into what he’s learning and thinking (he calls these revelations ‘Beauisms’). You feel like you’d love to go for a drink with the guy if you ever bumped into him in the street. He’s naturally smart and funny, making for some very entertaining moments, often with him as the butt of his own joke. 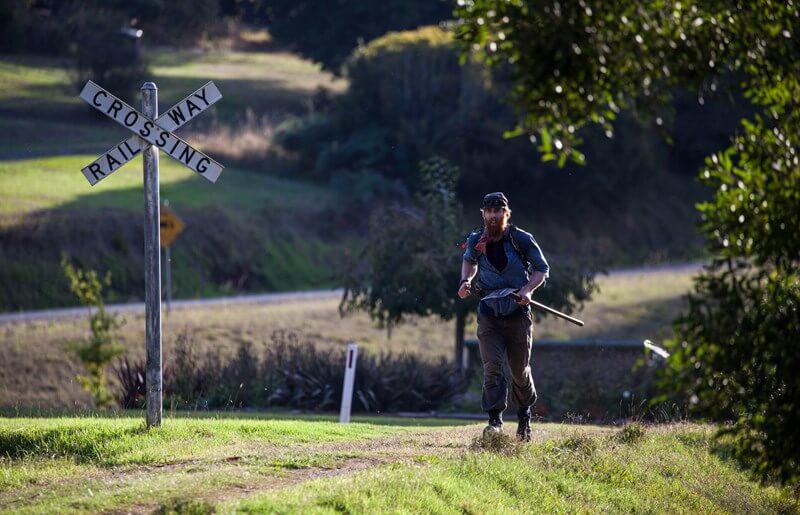 Alongside this, the fact that he’s been a teacher working at a university shines through too. On these adventures, we learn interesting tidbits about the local history in Gippsland, Australia, while also understanding more about the environment and how we as humans have had a dramatic impact on all of it.

These are 2 key pillars to his YouTube success. If you can both educate and entertain your audience, you’ll find they subscribe and stick around. 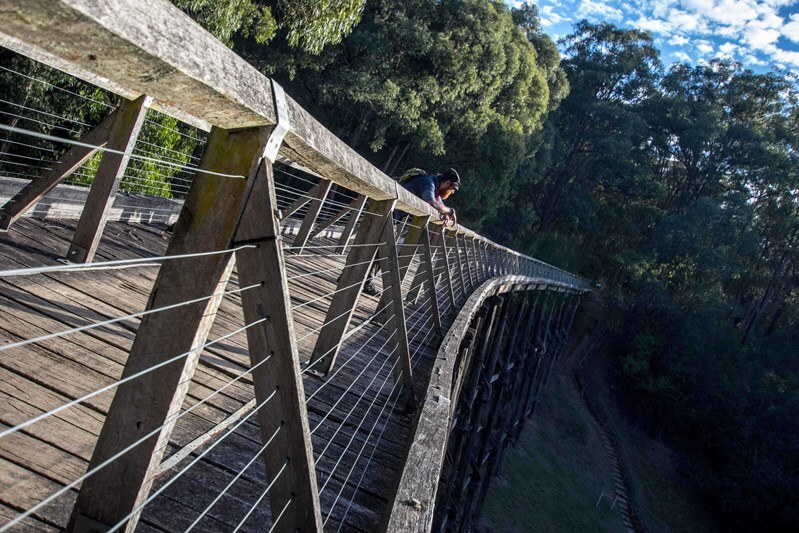 Ask yourself, how many people do you know like Beau? How many YouTube channels do you know of that produce such high-quality adventure films with great storytelling and personality? Beau has managed to carve out a real niche for himself. His unique way of doing things and the way he sees the world and how he communicates make him so fascinating to watch. His films feel unique to him and unlike anything else you’ve watched previously. Doing things completely differently from anyone else is the key to success on YouTube, and he’s really nailed this.

His music choices are perfect

Beau makes great use of our library here at Artlist. The tracks – a mix of indie and folk melodies alongside ethereal, nostalgic tones – never feel overbearing or dominate a scene. They’re subtle, taking their place in the background, building emotions and atmosphere. You might not even notice them until you start really paying attention – that’s the sign of great filmmaking.

You can check out some of the tracks he’s used right here:

With some malice – Francesco D’Andrea

So, have you subscribed yet? We reckon Beau is onto something great with his YouTube channel, and we can’t wait for the next upload! Being such a natural storyteller, aspiring YouTubers can learn how to write a YouTube script from watching his videos. Alongside filming more adventures in Australia – some of which should be on the channel later this year – Beau also wrote a great book detailing some of his infamous adventures. He’s just getting started.

An Introduction to Downloading Sound Effects for Your Videos

How to Create Better Videos With Your Smartphone