The Fundamentals of Computer Generated Imagery & Why It’s So Important 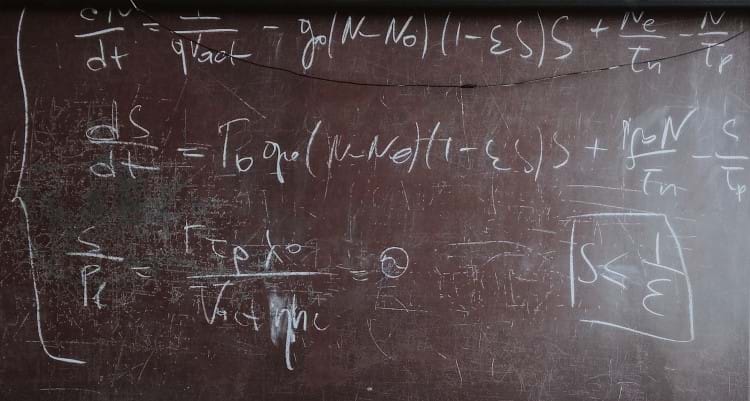 Do you know what’s really happening inside of your computer as you craft computer-generated imagery 2D and 3D worlds from scratch?

You probably know that there are plenty of advanced technologies working for you — lots of crazy mathematical equations and physics and whatnot — but maybe you don’t understand any of the specifics, or even the broader concepts that are enabling you to accomplish this work. Well, in a new video from John P. Hess at Filmmaker IQ, the talented orator of all things film takes on the science behind turning computers into image-generating machines. It’s one of those lessons that is a must-watch for anybody working in VFX or CGI (computer-generated imagery). And for everyone else, it’s still fascinating. Take a look:

To be perfectly honest, I don’t have much to add to what John Hess did with this video. I was the kid who reveled in the intricacies of language in English class and cringed at the thought of shifting to calculus during the next period. All of this is to say, I am not a man of science, nor of mathematics, so I won’t pretend to be one on the internet.

With all of that said, there’s a single overarching takeaway here that is applicable to all creative work. It’s this: having a fundamental understanding of how your craft functions, no matter the medium, allows you to go further and push the boundaries of your work.

Just as modern cinematographers should understand how digital cameras capture and process light (because it can help them craft better images), those of you working in the world of VFX will undoubtedly find this knowledge useful because it’s foundational to the work you do day-in and day-out. And of course, we should also take a moment to marvel at just how cool it is that we’ve engineered our way into being able to accomplish photorealistic CGI.

The monumental task of getting what is, in essence, a giant calculator to produce realistic images probably seemed unfathomable 40 years ago. However, thanks to the relative accuracy of Moore’s Law, mixed with plenty of other advancements in computational technology and efficiency, have led us to where we are today. And just think, what seems impossible today due to technological limitations will eventually become a reality.

Lastly, John’s speech at the end of this video really brings some much-needed perspective to the contemporary debate of how CGI should fit into filmmaking. His closing remarks on that subject are really quite poignant, so if you didn’t watch the video above, at least watch the last few minutes starting at the 14:25 mark. To summarize, Computer-generated imagery or CGI is, in effect, another tool in the filmmaker’s toolbox. It can help us achieve visuals that would have been too expensive, or even impossible to create through traditional filmmaking methods. As a tool, it can be used well, or badly, but ultimately, it’s what’s in our minds and hearts that creates value for the end-user.

AI Boosts Video Editing. How Will It Help Me?

The Best DSLR Cameras for 2021