Cinemas have been closed for a long time, but we expect 2022 movies to rejuvenate the industry. We’ve put together a comprehensive “upcoming movies 2022” review
2022 promises some huge releases, including sequels for Jurassic World, Avatar and Top Gun, as well as action-packed films from Roland Emmerich and Michael Bay
There will hopefully be a few nice surprises such as “The Black Phone,” “Bullet Train,” “65” and “The Northman,” too.

The pandemic has been a rough ride for theatrical releases worldwide. Still, toward the back end of 2021, we started to see some green shoots of recovery – particularly with James Bond’s No Time To Die and Spiderman: No Way Home. So as we enter the new year, there’s a lot to get excited about! 2022 movies promise a little bit of everything.

Remember – as a cinematographer and filmmaker, watching and studying films is so important to growth and development. There’s always something you can learn or be inspired by. In this article, we’re rounding up some of the most anticipated movies of 2022.

While some of his films have fallen short on story and character development, let’s make no mistake. Roland Emmerich is the king of apocalyptic disaster films. Nobody destroys cities on the big screen better. Having already given us huge thrills with Independence Day (1996), The Day After Tomorrow (2004) and 2012 (2009), we expect Moonfall to be a visual spectacle as the moon falls out of orbit and hurtles toward Earth. Yes, really. This is one of the 2022 movies you absolutely have to watch at the cinema.

Whatever your thoughts on the Jackass crew, it’s impressive that they have carved out such a niche for themselves — one that has sustained them for far longer than you’d have imagined (especially considering all the crazy stunts they do). The long-awaited 4th installment promises plenty more laughs, cringes, shocks and more. Word on the street is it may just be the best one yet, and given the delay in release, it’s quietly one of the most anticipated movies of 2022.

When video game adaptations became increasingly popular, there was 1 film fans were crying out for. Finally, after a few years of development and production, Uncharted is hitting the big screen with Tom Holland starring as Nathan Drake and his trusty assistant Sully played by Mark Wahlberg. This casting has undoubtedly raised a few eyebrows, but we’re looking forward to it nonetheless. Lined up as one of the first big 2022 movies with a February release, expect a wild adventure packed with big action scenes and goofy laughs.

Did we need another Batman reboot? Probably not…but YES! We’re really excited about this. Matt Reeves has handled Cloverfield (2008) and the Planet of The Apes franchise exceptionally well. Couple this with Robert Pattinson’s exceptional acting skills, and Gotham is in good hands. The trailer looks fantastic. Out of all the movies coming out in 2022, this might just be the one we’re most looking forward to.

Sometimes, you just want to visit the cinema and watch stuff getting blown up, right? Michael Bay is the man for the job, and his new release Ambulance looks like one of the most intense movies of the year. Expect high-octane action sequences as bank robbers hijack an ambulance as their getaway vehicle, and…well, who knows. It’s going to be chaotically fun.

Sometimes, you just want to visit the cinema and watch stuff getting blown up, right? Michael Bay is the man for the job, and his new release Ambulance looks like one of the most intense movies of the year. Expect high-octane action sequences as bank robbers hijack an ambulance as their getaway vehicle, and…well, who knows. It’s going to be chaotically fun.

As a rule of thumb, whenever we see one of the Skarsgård brothers starring in something, it’s going to be good. Couple this with director Robert Eggers who’s building up quite a portfolio with The Witch (2015) and Lighthouse (2019), and you’ve got yourself the recipe for one of the great movies to come out this year. The trailer promises Viking violence, folklore and epic tales.

The Unbearable Weight of Massive Talent

Nicholas Cage is a meme, and it seems that he’s perfectly okay with that. In this very meta film, Cage plays the role of…himself. Honestly, just watch the trailer. This looks like it’ll be one of the most ridiculous movies this year, and we’re all for it! 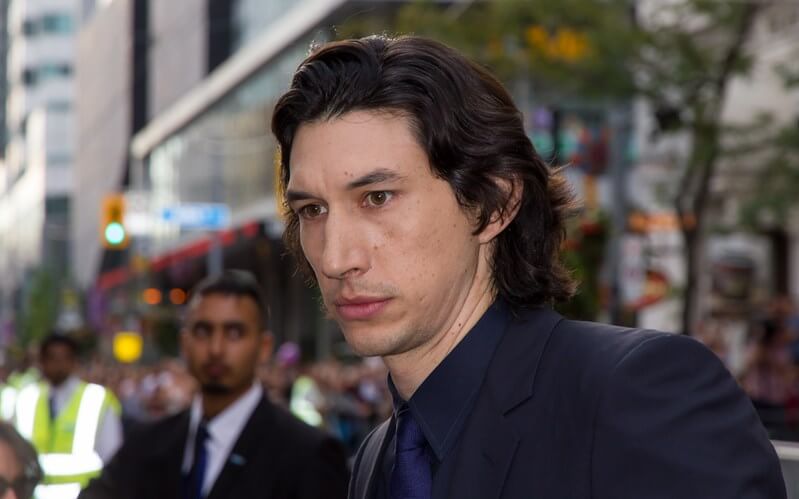 Take the directors of A Quiet Place (2018) and couple them with the talents of Adam Driver. What do you get? Hopefully, a brilliant film. All we know so far is that Driver is playing an astronaut who crash lands on a planet. They’re keeping their cards close to their chest for now, and we look forward to seeing how this mysterious sci-fi thriller plays out.

Doctor Strange in the Multiverse of Madness

The Marvel machine continues to churn out high-quality superhero action films. This latest installment promises some mind-bending action as Benedict Cumberbatch battles against an evil version of himself. Note – it’s great to see Sam Raimi back in the director’s seat for a superhero movie again!

In the trailer, we see Tom Cruise delivering the line “it’s one of life’s mysteries, sir,” and for a while, that was the answer to anyone asking when this film would be released. We finally have a date set, 2 years later than planned. It’s no doubt one of the most anticipated movies of 2022. It’s going to be a fun ride to revisit the Top Gun world – we just hope they can do the original justice.

We’ve always got time to head back to Jurassic World. In this 3rd installment of the Jurassic World series, expect to see dinosaurs wrecking more havoc yet in scarcely-believable scenarios. Crunching on some popcorn watching a Tyrannosaurus Rex destroy towns and devour people is the peak of cinema? Can’t wait.

Out of all the movies coming out in 2022, this may have the best trailer so far. They chose David Bowie’s “Starman” for the music, so they’re already off to a great start in our view. We don’t recall crying out for a Buzz Lightyear spin-off, but the Disney machine is relentless, and this actually looks like it could be great. The animation on show in the trailer looks phenomenal.

We’re really looking forward to Baz Luhrmann’s first feature film release since The Great Gatsby in 2013. It seems that every iconic music legend is getting their own biopic film made these days, so it only seems fitting that the king himself will get his spotlight. Austin Butler chilled us in Once Upon a Time in Hollywood (2019), and the thought of him linking up with Tom Hanks is quite exciting.

If jumps and scares are what you’re looking for, The Black Phone might just be it. Ethan Hawke is a fantastic actor in this genre (think back to 2012’s Sinister and 2013’s The Purge), so we’re a little bit excited. And terrified. As far as upcoming movies of 2022, you won’t find many features more unnerving than this. The trailer is out if you’re not too scared.

This one sounds like a hell of a lot of fun. David Leitch has some great form in co-directing John Wick (2014) and Deadpool 2 (2018), so we’re looking forward to seeing what he can do with Brad Pitt starring as an assassin aboard a bullet train. So pass the popcorn, please. Out of all the 2022 movies we’ve listed, this could be a dark horse for one of the most enjoyable. 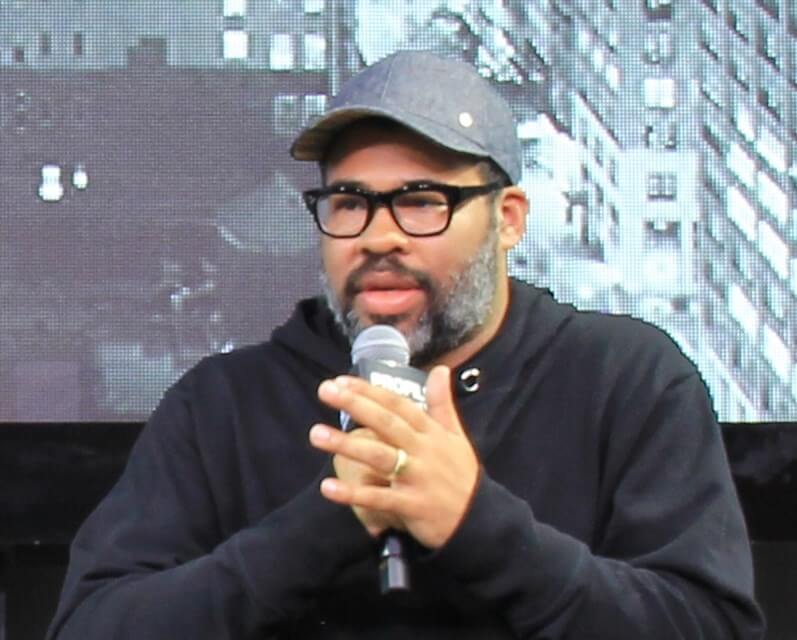 Jordan Peele has been building a strong reputation with Get Out (2017) and Us (2019), so the hype is real for this one. Do we know anything about it yet? Nope (see what we did there). Are we excited? Absolutely. 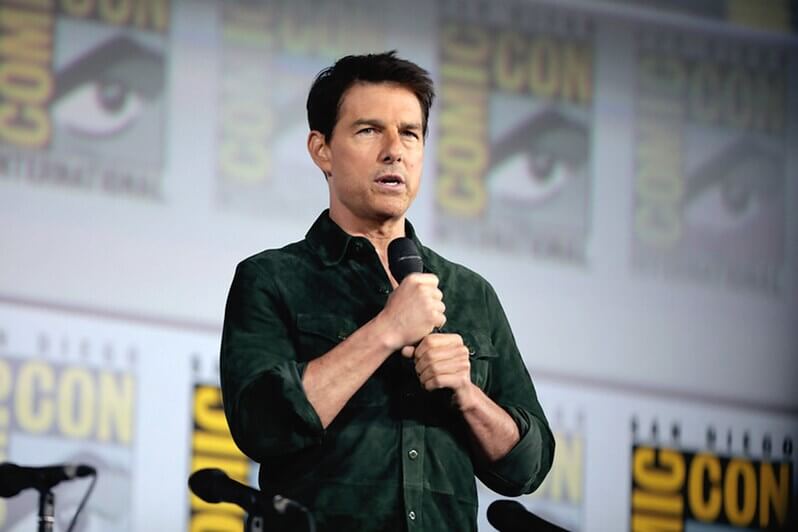 When you check what movies are coming out, it always feels like there’s another Mission: Impossible just on the horizon. It’s impressive that this series of films is still going strong with no. 7 on the way. And yes, Tom Cruise is still doing all his own stunts.

Spiderman: Across the Spider-verse (Part One)

The original Into the Spider-verse (2018) was a breathtaking feat of animation that rightly won the Oscar for best animation that year. So we cannot wait to see where this sequel will take us. Despite the long wait, there’s already a trailer to whet the appetite!

With the devastating loss of Chadwick Boseman still fresh, it’s hard to imagine a Black Panther movie without him. The film is not recasting the main role, so it will be fascinating to see what they do with this. Black Panther (2018) was a huge hit, and there’s a lot of expectation on this. This will certainly be one of the biggest movies that are coming out in 2022.

Avatar 2: The Way of Water

Love it or hate it, Avatar is finally returning. Personally, I adored the original release with its mind-blowing, immersive 3D experience. It’s going to be really fun to revisit the world of Pandora and see what’s happening in this phenomenally rich, textured universe that James Cameron has created. Expect big things from the iconic director.

There are plenty of other great films that didn’t make this list: Scream, Pixar’s Turning Red, Fantastic Beasts: The Secrets of Dumbledore, Legally Blonde 3, Thor: Love and Thunder, DC Comics’ Black Adam, Olivia Wilde’s Don’t Worry Darling, The Flash, Steven Spielberg’s partly biographic The Fabelmans, Knives Out 2 and She Said, which deals with Harvey Weinstein’s history of sexual abuse and is bound to make a lot of noise.

So, those are some of the movies coming out this year. After a tough few years, the industry is getting back on its feet, and these 2022 movies promise great things. We can’t wait to be back watching the big screen again and learning from the very best!

Expand Your Creativity with a Free Holiday Creators Pack

What Is a Prime Lens and When Should I Use One?