Artlist musician Duce Williams talks about what it’s like making music in a multi-cultural place like Miami, FL
The multi-genre artist tells us how the Church gave him a first-class musical education growing up
Ahead of the release of his Artlist Original collaboration, Duce talks about the advantages of working in the music licensing industry

Ahead of the release of his new EP in collaboration with the Artlist Original label, we catch up with Duce Williams, the Folk, Trap, Hip Hop, Soul and Gospel producer who refuses to be pigeon-holed.

For Duce Williams, making music is more of a reflex than a life choice. It’s been that way ever since he picked up a pair of drumsticks when he was 4 at his local church in Miami. Today he’s one of Artlist’s top performing artists, probably because he doesn’t adhere to rules or genres – he’s just as happy producing eerie cinematic soundscapes as he is grimy bass lines. But Folk music is his true love. In his opinion, it’s the most expressive genre and a way for him to explore and make sense of his own feelings.

The stuff that settles in New York or California, they tested in Miami. There’s a lot of Latin and Caribbean culture, and they bring their music with them.

Duce chats from his home studio on a sunny day in Miami. He’s wearing a black t-shirt with Peggy Gou, Carl Cox and Honey Dijon written in bold white lettering. He’s ridiculously likable. Warm, friendly, engaged, with a rasping chuckle as infectious as the Delta variant. He tells me he was born and bred in Miami and that behind the glitz, glamor, rollerblades and bikinis lies a breeding ground for art and creativity. 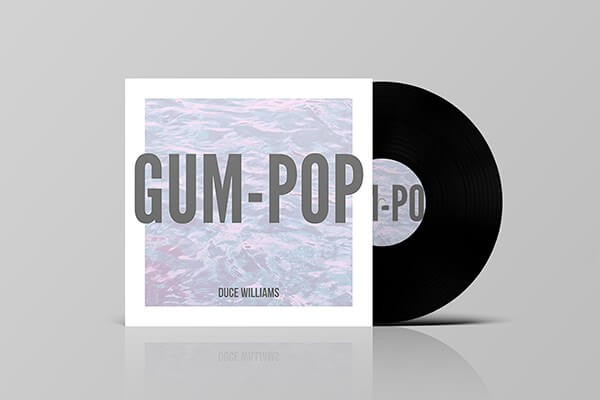 Gum-Pop is packed with summery jams perfect for any party.

“It’s one of the best places to grow up and live,” Duce says. “You live where people come to vacate. The stuff that settles in New York or California, they tested in Miami. There’s a lot of Latin and Caribbean culture, and they bring their music with them.” Duce explains that his family’s from the Bahamas, so he was going to church before he was born. His first steps were soundtracked by euphoric church choir productions, although the word choir doesn’t quite do it justice. They had bassists, drummers, guitarists, sound designers and pianists. The church wrote its own tracks and released its own albums. It was more of a gospel orchestra than a choir.

For many young artists, church is more than a springboard – it’s a world-class musical education.

“You know, people don’t realize that a lot of musicians come from the gospel world,” Duce says. “They started in their local church – like Justin Bieber, Jay-Z. They’re church guys.” Duce was 4 when he first snuck into church to bang on their drum kit, and after a couple of months, the choir let him play with them live. “You’d think [the church] would be very soft and nurturing, but it’s actually very hardcore,” Duce says. “It’s like, you learn to play good or you don’t get to participate. It’s like sink or swim.” He learned bass from Emmy award-winning bass player Shaka Pace and mastering from Latin Grammy-award-winning audio engineer Mike Fuller. It’s funny, he says, because his parents aren’t particularly musical, and no one was pushing him, but he took to music like a duck takes to water, and just as naturally. For many young artists, church is more than a springboard – it’s a world-class musical education.

Duce says the turning point came in middle school when he downloaded the programming software Fruity Loops. “I didn’t have a studio, I just had a computer. And Fruity Loops had different squares, different beats, and I just started producing.” He stops himself, chuckling. “I shouldn’t call it producing – I started messing around with Fruity Loops.”

When Duce was 22, he and his wife flew to New South Wales, Australia, to study Worship Music. “I went to this humongous church, this gigantic, ginormous church named Hillsong. They have a college inside of the church and that’s where I studied.” Again, this isn’t some church choir – Hillsong is a global, multi-award-winning music academy. They have 3.75m subscribers on YouTube. They write, produce and release groundbreaking music accompanied by high-budget music videos with professional backup dancers and creative art direction. And it’s not just gospel – they release Trap, Hip Hop, Pop, Rock. It’s a top-tier musical enterprise, and Jesus just so happens to be a big part of their messaging. 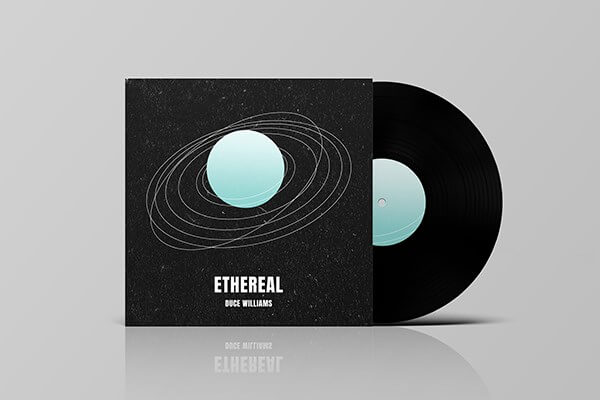 quality and a warm and hopeful feel.

Duce says the musical aspect of church acts as a draw for young people, making religion more accessible while helping them achieve their dreams. Justin Timberlake, Whitney Houston, Katy Perry, Aretha Franklin. They’re church guys. Duce says he feels just as comfortable on stage performing to 30,000 people as he does sitting here, talking to me over Zoom. Church, he says, defined his life in countless ways.

I’m a numbers guy, and I’m a business guy. The contract agreements with Artlist are super fair.

Duce is always writing music. He’s written 10 albums and 10 EPs under the name Duce Haus, 2 albums under Duce Williams, and that’s not counting the many dozens of tracks he shares on Artlist. Music isn’t even his full-time job. Duce is a father of 2, runs his own media company and used to work as a worship pastor and creative director at Potential Church in Miami. When I ask how he finds the time, he shrugs like it just happens by accident – like making music is something that happens to him, not the other way around. 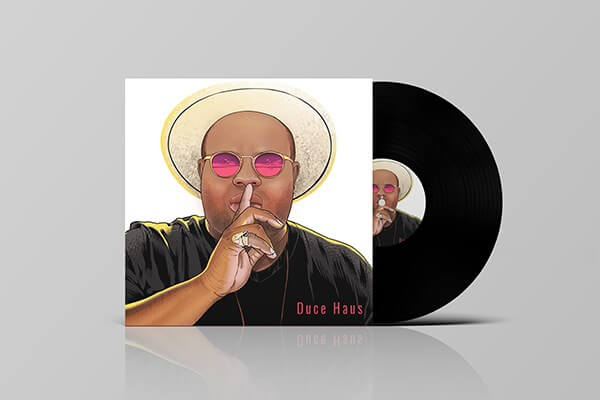 and synths in an immaculate production.

Duce is proud to be independent. He’s been sent contracts from labels in the past but took one look at them and threw them in the trash. “They always want me to be a rapper,” he says, “and I’m like – how am I gonna make any money with this? And [they want me to] sign away everything I create. Why would I do that?” Duce started working with Artlist in 2015 and says it suits him down to the ground. “Like, I can’t say this enough – Like they’re putting your song in front of tons of people who understand your music. It’s extremely fair.” Duce’s music has been snapped up by Fila, Huawei and Volkswagen, not to mention countless films, fashion shows and video projects worldwide. 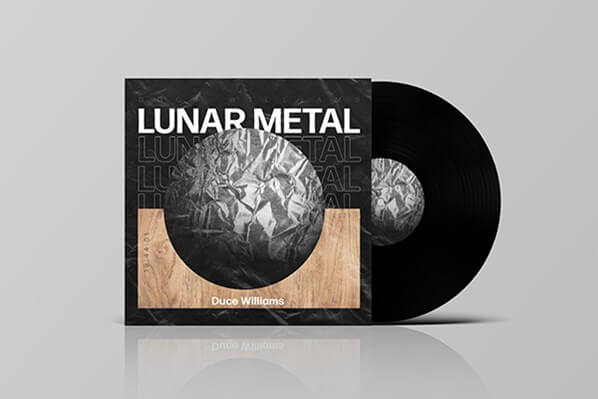 For his latest EP,  Lunar Metal, Duce teamed up with Artlist’s in-house label Artlist Original. “It’s a soulful, cinematic album,” he says. “It’s uplifting, inspirational soul with aspects of gospel and worship.” Duce says it was a challenge to make this album as the requirements were so unique. “We wanted to include industrial, cinematic soundscapes, which was challenging because I had no point of reference. But I had to swallow my ego and create the structure and put my own style on top.”

Whatever you’re creating, try to make it a place where you can be as free as possible.

When I ask what his plans are for the future, Duce says he’ll continue to make music until the day he dies. He feels confident in his process and his abilities and says if he found out 50 million people were going to listen to one of his tracks, he wouldn’t make any changes. His dream is to spend all day long making Folk music. He’d like to start a YouTube channel and just write, produce, release, repeat from morning ‘til night. But he’s pretty happy with the way things are right now. He has creative freedom to do whatever he wants, whenever he wants, and says this is his definition of success. “Whatever you’re creating, try to make it a place where you can be as free as possible,” he says.

To feature Duce Williams in your project, check out his page on Artlist.

How to Use Stock Photos in Video