The Best Smartphones for Recording Video in 2022

Choosing the best video phone camera means first considering what subject and settings you will shoot most and looking for a combination of features and price
The iPhone 13 Pro, Sony Xperia Pro-I and the Google Pixel Pro 6 are among the elite smartphones for video recordings
While the iPhone has the best video quality, the new Sony gives pro autofocus capabilities and the Google phone provides handy post-production features.

According to consumer surveys, 89% of buyers prioritize camera quality when choosing a smartphone. Smartphones used to be for calling and texting, and now they’re only as good as the pixels they deliver in their cameras. So whether you’re a TikToker or a cinematographer, read on for our rundown of the best smartphones for recording video in 2022.

First, consider how you want to use your smartphone camera. We’ve already debated the question of whether a phone can replace your DSLR. So if you do choose to go the smartphone route, what kind of video will you produce? Will it be mostly vertical for social media, or are you a YouTube vlogger? Naturally, the best phone for video recording is the one that has the most features relevant to your needs, so carefully consider all the specs as well as your budget.

Let’s get to the best smartphone cameras for video recordings: 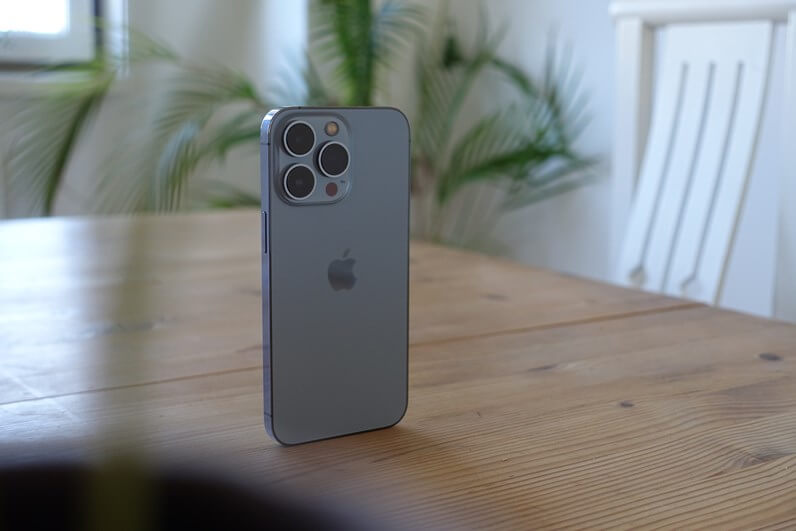 With its highly anticipated triple rear camera setup and new cinematography mode, the iPhone 13 Pro has been a revelation for the company’s most loyal consumers.

The sensors are bigger, the apertures faster. With a 3X telephoto camera (increased from 2X), you can shoot even farther distances than with its predecessor, the iPhone 12. Plus, the digital zoom is up to 15x! It houses an f/2.8 aperture telephoto lens, an f/1.5 aperture wide lens, and an ultra-wide with a 120-degree field of view at f/1.8. In addition, the latest phone from Apple has a 6.1-inch Super Retina XDR display and 120 Hz ProMotion video to deliver even better low-light performance. And coupled with Night Mode, this is a beast even in difficult shooting conditions.

The real stunner is the Cinematography Mode that gives bokehs or blurs out the background on video and not just still photos. This makes the iPhone 13 Pro an excellent tool for pro DPs who need a quick draw to capture BTS footage or even certain scenes for the production. In addition, with ProRes video output and Dolby Vision at up to 4K at 60fps, Apple’s latest offering sweetens the deal for videographers wanting a 2nd camera at a much lower cost than the best DSLRs.

It’s the first time Apple has offered up to 1TB of internal memory, likely in hopes of capturing pro videographer buyers. And finally, iPhone rounds out the list of new features with a more efficient, longer-lasting battery which is great news for smartphone cinematographers.

All these elements make the iPhone 13 Pro one of the best video phone cameras on the market today. So if you plan on shooting video with your phone, consider the latest Apple product.

Sony gives the iPhone 13 Pro some serious competition with a host of upgrades from the previous model. The most notable improvement is the 1-inch sensor that Sony boasts, making it unique among all other cameras in the world. Also upgraded is the refresh rate, with Sony guaranteeing that users can enjoy 4K resolution media at 120fps. Again, this is unique among all smartphones available as of writing. Like the iPhone, Sony offers a triple 12MP rear camera and four focal lengths, which is sure to please videographers looking for the best smartphone for video. Consumers will get 4K HDR recording at 24, 25, 30, 60 and 120fps.

But what’s so special about the Sony Xperia Pro-I camera is that the rear camera setup captures shots from 4 focal lengths, delivering ultra-high-definition capture without any digital compression. Also notable is Sony’s hyper-fast autofocus, which is great for capturing moving subjects with precision and sharpness. In addition, the telephoto sensor range is 2.9x and 4.4x magnification, even larger than iPhone’s, making it a solid contender for the title of the best phone for video recording.

Additionally, the Xperia Pro-I features a list of interface improvements designed for filmmakers. The remaining recording time and memory are displayed, as well as access to manual recording settings such as framers per second, resolution, ISO, white balance, and even shutter speed. Even audio levels were considered and are displayed while recording. These features give the Xperia a truly pro feel as far as video phones go. 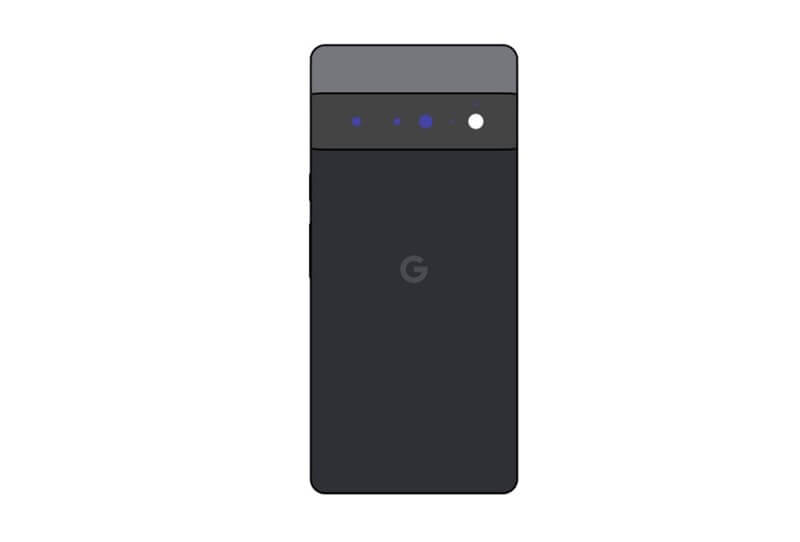 The Google Pixel Pro is now on its 6th iteration and offers improved HDR shooting, intelligent editing and even better hardware with its brand new design. With a shiny new 50MP sensor, the Pixel Pro has an impressive dynamic range across its lenses: a 12MP ultrawide at f/2.2, periscopic 48MP telephoto at f/3.5 with 4X optical zoom and Super Res Zoom up to 20x and, of course, the 50MP at f/1.85. The refresh rate and battery life are also on par with Apple.

However, the most impressive feature is in the post-production. The Pixel 6 and 6 Pro also bring out brand new shooting options like Motion Mode and the truly dazzling Magic Eraser, which gives users a quick option to remove unwanted objects from a frame. It doesn’t work flawlessly, but it’s a good start.

And like iPhone’s larger 13 Pro Max, Google has a pretty massive 6.7-inch display which makes viewing recorded video that much easier for aspiring smartphone filmmakers.

With its price tag of only $899, the Google Pixel Pro 6 is the most affordable among its competitors in Apple and Sony. 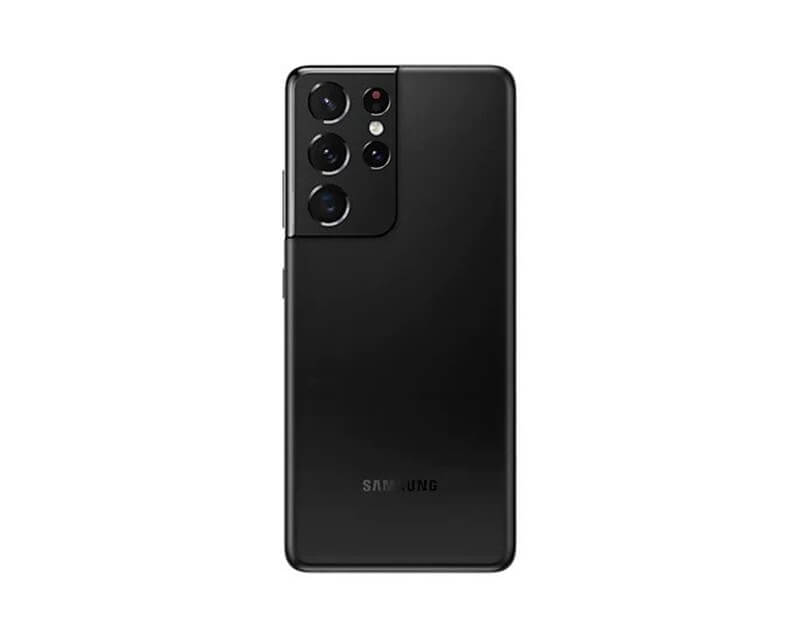 With its fast autofocus, excellent zoom features, and updated sensor, the Samsung Galaxy S21 Ultra also makes the cut for the list of the best video camera phones. It has a 12MP ultra-wide with double telephoto lenses that magnify 3x and 10x. The best news? The 40MP front camera.

This smartphone is known for impressive stability, dynamic range, and little to no artifacting. All in all, a huge improvement for Samsung in this phone series.

Filmmakers may want to beef up any of the above equipment with smartphone accessories, such as attachable lenses, to further stretch the camera’s capabilities. A stabilizer to round things out will make run-and-gun filmmaking that much more possible.

The best phone for video recording for you may be a combination of features and price. So consider your budget, filmmaking needs, what and where you will shoot the most, and size up the options in the smartphone cameras presented here. After all, isn’t the best camera the one you have on you? Maybe even in your pocket and a quick draw away.

How to Build a Concept for an Ad Around a Song

Why and How You Should Make a YouTube Trailer