Anthony Lazaro is an acoustic, jazz and electronica artist from northern Italy, currently based in Hamburg
He picked up a guitar for the first time when he was 20, immediately wrote a song and hasn’t stopped since
Today, he’s one of Artlist’s most listened-to artists, with Cosmopolitan, Calvin Klein, Starbucks and dozens more brands using his happy, coffee table music to soundtrack their ads

Anthony Lazaro’s music is less about genre and more about atmosphere. His music makes the perfect soundtrack to a Sunday morning brunch, a road trip with friends or a cozy night indoors drinking red wine and playing cards. “Coffee Cup” is his most popular track. It’s as versatile as it is buoyant, a carefree love song that’s so irresistible, it’s found its way into scores of wedding videos, the odd rom-com and ads from some of the biggest brands in the world. 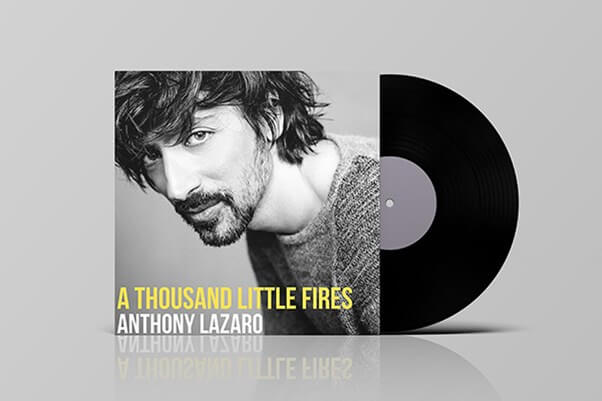 A Thousand Little Fires collection of songs to relax and chill to, whether you’re enjoying

a cozy evening at home or you’re surrounded by friends at sunset.

It isn’t hard to see why people fall in love with Anthony’s music. His voice is husky and rich, with a tenor so unique it’s instantly recognizable. His lyrics are simple yet poetic, capturing the intimacy of falling in love – or falling out of it – with few words and a lot of feeling. Anthony is Italian, so his music is packed with all that comes with it – emotion, flavor, humor, intelligence, romance. But despite having a catalog of over 60 songs, Anthony started his musical career fewer than 4 years ago.

Today, Anthony’s chatting from his studio in Hamburg. A couple of guitars and a keyboard lie in the background, and a giant screen divides his space in half. “This is to cover the mess,” he says. Anthony has shaggy black hair half-covering his eyes, dark stubble and a bright, open smile. A navy blue plaid shirt and giant headphones complete the rockstar look. Anthony tells me he moved to Germany about 7 years ago because he needed a change of pace from Italy – life there was so chill it was almost on ice.

I knew if I didn’t jump into music full time and give it everything I have, it wouldn’t happen.

Anthony’s journey into music is unconventional. He grew up in Genoa, a quiet port city in the north of Italy famous for being the birthplace of Christopher Columbus and pesto. Both Anthony’s parents were piano teachers, so he stayed away from instruments for as long as possible out of pure rebellion. Music was still a big part of his life, though – he spent his teenage years neck-deep in The Kinks, The Beatles and The Rolling Stones, absorbing their energy and lyricism like a sponge. So when Anthony picked up a guitar for the first time at age 20, a song fell out of him like it had been waiting there for years. “It’s still saved on my computer somewhere,” Anthony says. “I think I wrote about 30 or 40 tracks that year.”

Once he’d popped, he could not stop. Writing music became less of a habit and more of a reflex as if the songs were just waiting to come out whole. Anthony worked full-time in marketing but spent his spare time perfecting his songwriting skills and studying various instruments, including piano. “I always knew I wanted to write lyrics in English,” he says. “When I felt ready to release, I wanted to be able to reach an international audience.” 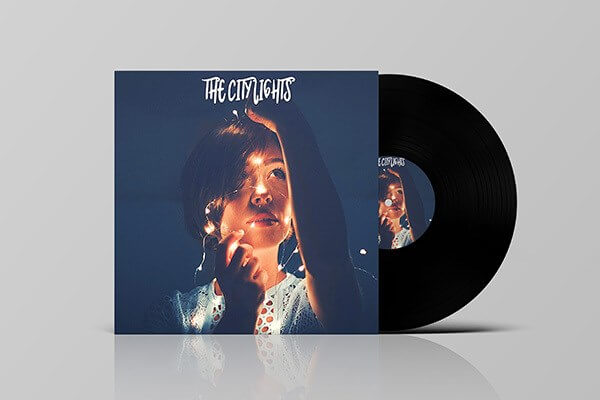 The City Lights is a cross-genre tour de force, ranging from soft crooning to shiny

Despite his God-given talent, it took a long time for Anthony to feel ready to unleash his music. He felt self-conscious about writing and singing in his second language and wanted to wait until it felt like the right time to launch his career. But the universe got impatient, and in 2017 Anthony’s main marketing client disappeared. He knew it was now or never.

“I knew if I didn’t jump into music full time and give it everything I have, it wouldn’t happen. I was doing zero with music at the time, and now I had to find a way to live off it.” Anthony says it was the scariest decision he’s ever made.

His background in marketing helped. He released his first tracks on Apple Music which soon got added to an acoustic playlist. Then a brand in Korea used his song in an ad, and that sent his listenership through the roof. Soon, Anthony accumulated a global fanbase, but there was one aspect he was struggling with: deciding which genre to stick to. “I really like to experiment, and I love to write electronic and jazz music. But if I go too far outside the comfort zone of my listeners, they won’t listen to it.” Ultimately, Anthony’s fans made the decision for him. His acoustic, happy-go-lucky tracks were so popular, he knew he’d found the sound that served him best.

A fruitful partnership with Artlist

Anthony teamed up with Artlist in 2019. He says the partnership is one of the key reasons he’s able to commit to music full-time – his tracks are so popular amongst filmmakers and brands, he’s fully able to support himself as an artist. Recently he’s taken to collaborating with other artists too, including Artlist extraordinaire Sarah Kang on Time Traveling and he recently released a collaborative album called Like A Song with jazz and soul singer Marle Thomson. 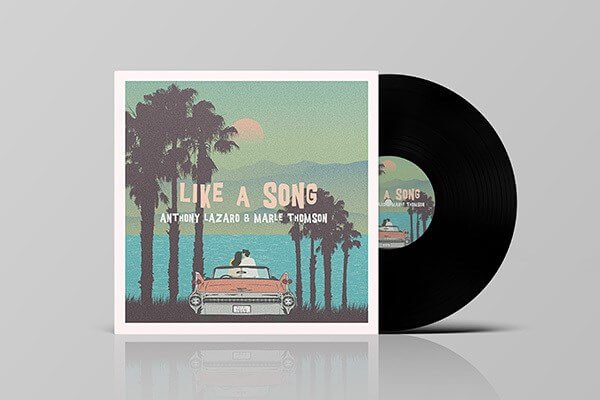 Like a Song is a collection of soft, dreamy songs made up of breathy,

“I love collaborating with artists that I really admire because they always have a totally different style of writing,” Anthony says. “I’m not even talking about the lyrics; I mean the entire process. It’s so refreshing to work with someone and learn from their style.” 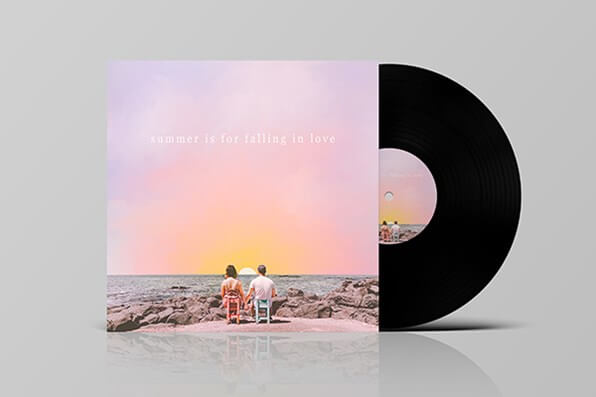 and a chill RnB-inspired beat.

I want fans to listen to me in their everyday lives – at home or while they’re driving.

It’s fair to say Anthony Lazaro’s risk paid off. 4 years on, he isn’t just surviving – he’s thriving. His most popular tracks have upwards of 3 million streams on Spotify. He has 145k followers on Instagram and 67k subscribers on YouTube. His connection to his fans is so precious that he spends 2 hours a day responding to every single comment and message. Anthony says he’ll continue replying for as long as he’s physically able.

Surprisingly, despite his huge international fanbase, Anthony has never played a live gig. “I played live streams during the lockdown,” Anthony says, “but for me, making music is about reaching as many people as possible. I want fans to listen to me in their everyday lives – at home or while they’re driving.” But during his recent live streams, Anthony couldn’t help but get sucked in by the buzz of his fans’ real-time reactions. “Now I have a dream to do a secret tour and to keep each venue under wraps until 2 days before the gig,” he says. He hopes to play in small bars, local restaurants and cozy coffee shops – venues that replicate the intimacy of his music.

Anthony’s hopes for the future are to continue what he’s doing in the present. His passion for songwriting is unwavering. His only wish is to spend the rest of his life making music that soundtracks the everyday moments of his listeners. The break-ups, the make-ups, the road trips, the morning coffees, the afternoon walks, the breakfasts, the dinners and everything else in between. Whatever we do, wherever we go, Anthony Lazaro hopes to be right there along with us, making everyday life that little bit sunnier, despite the rain.

If you’d like to use Anthony Lazaro’s music in one of your projects, check out his page on Artlist.

LED Video Lights: What They Are and when and How to Use Them

The Best Royalty-Free Summer Music for 2022