30 years after its theatrical release, it’s almost hard to fathom the cultural event that was James Cameron’s Terminator sequel, Judgment Day. T2, as it was also known, captured the public imagination with its expertly choreographic and heartstopping action sequences, cutting-edge visual effects from Industrial Light & Magic, and a tight and clever story posing philosophical questions as to the future of mankind. It’s one of those films that have it all.

While it’s certainly true that T2 is perhaps best remembered for its groundbreaking visual effects, at least amongst those who saw it at the time and throughout the rest of the 1990s, the film had much more going for it beyond just visuals. Exciting as ever, Cameron made sure T2 also had equally iconic musical score and sound effects (SFX) that could match the visuals in tone and intensity.

Below, we’ll discuss what makes T2’s musical score and SFX great. How the 2 worked in almost perfect concert to amplify the action and suspense, and in doing so, helped change the way science fiction action movies would sound over the next 3 decades.

Ideally, by taking a look at T2’s musical score and SFX, you’ll be able to find some inspiration, whether you’re an aspiring film composer or SFX artist, or filmmaker looking for ways to approach these crafts.

For T2, James Cameron spared no expense on sound. He turned to one of the then-premier craftsmen of audio effects, sound designer Gary Rydstrom, who had cut his teeth at Skywalker Sound with Ben Burtt, one of the artform’s modern pioneers. (Burtt, of course, is well-known for his work on the original Star Wars trilogy and the Indiana Jones franchise.)

At the time, Rydstrom was fresh off creating sound effects for Backdraft, Ron Howard’s film about firefighters that starred Kurt Russell, Robert DeNiro, Donald Sutherland, and others. On Backdraft, Rydstrom had created the sounds from scratch, with his go-to method being to sample natural sounds and process them with instruments like the Synclavier. (The Synclavier, much like the Fairlight CMI, was a cutting edge sampling instrument, into which players could load sounds then process and arrange them.) Rydstrom would follow a similar approach on T2, crafting such amazing sounds that he would win an Academy Award for his work.

On T2, Rydstrom helped Camera realize a hyper-realistic sound quality. In a filmed interview on T2’s sound design, Rydstrom stated that Cameron wanted T2 to have a “bigger than life” sound.

“When Jim talked about the sound from the beginning, he would always talk about things in terms of hyperreality,” said Rydstrom. “This is bigger than life. It’s not science fiction sound effects—it’s not sounds you don’t believe are really happening. They’re sounds that seem organic and real but they’re bigger than anything you’ve heard before. It’s sound effects with a lot of testosterone.”

As you might imagine, a lot of the source sounds were metallic. After all, this film is about advanced robots! According to Systrom, back in 1991, Skywalker Ranch was still under construction, so his team banged on the structure to create sounds with a lot of resonance.

“I mixed together different pitches of metal hits until they matched and sounded like one metal hit,” Rydstrom said in the same interview. “You would get the deep thud with a high ring-out. Some of the girder sounds were used for the rolling I-beam used to smash the Terminator.”

On the opposite extreme of SFX, Rydstrom created the T-1000 robot’s shape-shifting metallic sounds using a variety of materials and techniques. When the T-1000 passed through steel, the sound was of the suction sound made when dog food is removed from a sealed can. Rydstrom is fond of saying that this sound effect only cost the production 75 cents. This is just more proof that you don’t need expensive materials and audio gear to make great SFX.

Another great example of economical sound design on T2 happens in the opening scene when terminators are moving across a bombed-out landscape. One of the terminators steps on a human skull. To create the crushed skull sound, a pistachio nut was ground into a metal plate.

For the bullets hitting the T-1000, Rydstrom shoved a glass into a bucket full of yogurt so that it created a viscous liquid sound. And when the T-1000 transformed from one shape to another, Rydstrom sprayed Dust-Off into a flour and water mixture, into which he moved a microphone sealed inside a condom.

“The Dust-Off would make huge goopy bubbles,” Rydstrom explained in the interview. “The moment the bubble is forming, it has this sound that is similar to a cappuccino maker or a milk steamer. The slowly forming bubble has a metallic quality to it. It also had an evolving quality. The sound seemed to fit because it had a beginning and an end.”

Composer Brad Fiedel’s score for T2 is a perfect compliment to Rydstrom’s work on the SFX. Broadly speaking, we could call them industrial. Fiedel’s score also features orchestral components, albeit synthetically created instead of with a traditional full Hollywood orchestra.

In a 2017 interview with Den of Geek, Fiedel said that he started work early on in T2’s production, which gave him the time and space to build a big library of sounds for the score using his two Fairlight CMIs. For the most part, the elements of the T2 score began, much like Rydstrom’s work on the SFX, with organic acoustic sounds.

“They were organic, acoustic sounds that I [compiled] through the technology that had become available, so I was cutting edge with the music technology the same way Jim was with the CGI technology,” said Fiedel. “Terminator 1 was mostly all oscillators and synthesizers, just coming out of the wall socket, you know? A lot of the sounds in T2 were generated by real things—real air moving in a room, of something being played but then twisted.”

In a Red Bull Music Academy conversation with film composer Brian Reitzell, Fiedel said he created much of the T2 score on his 2 Fairlight CMIs.

“I had all my percussive stuff in one machine, and all the sustains in another,” Fiedel explained. “In order to get to the same place at the same time, I had to create exact versions of all the time signatures and tempos. If I missed one and made a change, all of a sudden, everything would go out of sync, and I had to hunt around and find the typo.”

To create the score’s iconic, chugging percussion and 5-note theme, Fiedel got himself into the mindset that the film needed a “mechanically-based heartbeat” pulsing beneath the terminator’s presence.

In a Q&A with the website James Cameron Online, Fiedel said he experimented with sampling until he created a theme that matched his imagination.

“I added various electronic textures that supported the unsettled feeling I got from the film and the cold dark future it foretold and the look and feel of Jim’s visual design,” said Fiedel. “The main melodic theme came from a piano improvisation I did the morning after seeing the film. I also decided to use a lot of odd time signatures to support the forward motion of the film, the rhythms always falling forward to the next measure and the next.”

Fiedel apparently used a Sequential Circuits Prophet 10 synthesizer to create that oddly timed pulsating theme. The synth’s time signature quirk gave the theme its iconic sound, according to Fiedel. When he presented this musical element to James Cameron, the director knew he had the film’s main theme, which Cameron was careful not to overuse.

To create the T-1000 theme, Fiedel used a sample of a room full of brass instrument players warming up. To Fiedel, it already sounded like “bedlam,” but to further augment the sample, he took the speed and pitch down so it was unrecognizable.

“When I played it to Jim or trying to describe it, it sounds like a weird machine room somewhere, but with monks,” Fiedel explained. “Like, artificial intelligent monks chanting in a weird chapel or something.”

T2: Where Score and SFX Merged

Again, it doesn’t take an intense study of the film to see how Fiedel’s score and Rydstrom’s SFX work merged on T2. However, this wasn’t an intentional workflow. True, Cameron certainly gave the 2 directions with the sounds he wanted from each, but Fiedel and Rydstrom weren’t simply a few doors down from one another to exchange quick collaborative notes. Fiedel was working in isolation in LA while Rydstrom was ensconced at Skywalker Sound in Marin Country, California.

What’s interesting is that in that same Redbull Music Academy conversation with Reitzell, Fiedel noted that T2 marked a paradigm shift where music and SFX were starting to become indistinguishable in certain cinematic moments.

“One director I’d worked with in the past came out of the Hollywood premiere screening of [T2] saying, ‘This is definitely starting a new era off’,” said Fiedel. “He was referring to the kind of seamless relationship between music and sound effects, because he couldn’t tell the difference between what I had done and what they had done, and in some cases, there were things I did that were very much sound effects in a sense, though I didn’t intend them to be.”

What’s the lesson here? Well, if you’re a filmmaker, it can be helpful to think of music and sound effects on the same playing field. They can be incredibly complementary pieces to the overall audio puzzle. And if you’re a composer, perhaps think a little bit like an SFX designer and vice versa. 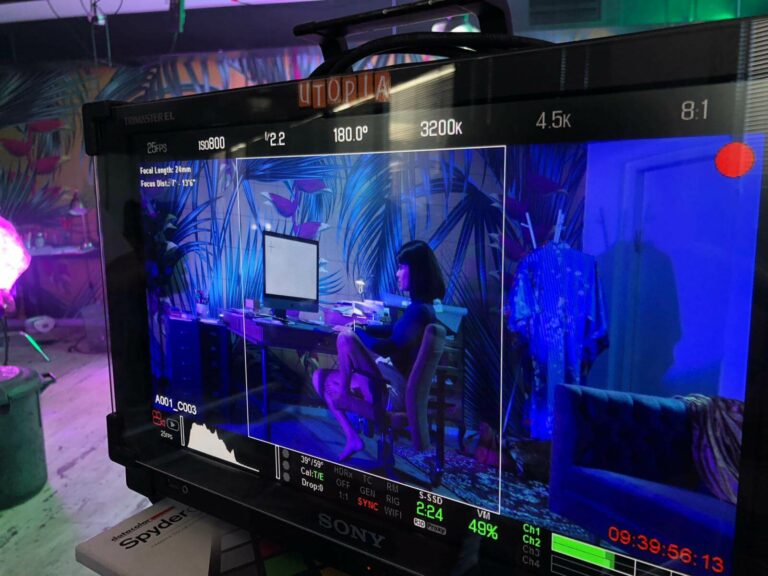