Sam Newton caught our attention about 2 years ago. In the world of travel filmmakers, he was different. Combining cinematic travel films with scripted comedy and bursting with creativity and charisma, we saw a multi-talented YouTuber with the potential to go far.

“At the core, I’d say I consider myself a creator. I don’t really like to put myself in a box,” he says. “And I think a lot of times people spend way too much time fussing over what to call themselves instead of just creating content that makes them happy. I make cinematic travel films, funny videos and stupid music. As long as my subscribers are enjoying the variety of my content, I don’t feel the need to define myself one way or another.”

And then, at the end of 2019, he took his content creation up a notch and released his 1st music video, Content Creator Anthem.

The Hip Hop inspired spoof song pokes fun at the undefined nature of content creators (himself included) and has plenty of inside jokes. If you read the comments, you can see that the lyrics, as silly as they may be, really speak to so many creators out there.

“I started rapping in high school as a joke and quickly learned that I was pretty good at writing, and it just became a fun outlet for my friends and me,” he remembers. “Once I got into filmmaking and videography, I stopped making music for a while so I could focus on building the Sam Newton Media brand as someone who makes travel videos. Then I came up with The Content Creator Anthem and thought it would just be a funny one-off thing, and here we are a year and a half later, and my music is just as important to me and to what I do as videography is.”

“Turtleneck Sam, aka my rapper alter ego Kid Newton, was born as a joke running around New Zealand with a couple of buddies,” he recalls. “We thought it would be funny if we all wore matching turtlenecks, and we ended up creating a ton of content in our Creamy turtlenecks. Long story short, I kept the turtleneck from that trip and thought it would be funny to keep the joke alive, and it just kind of stuck.” 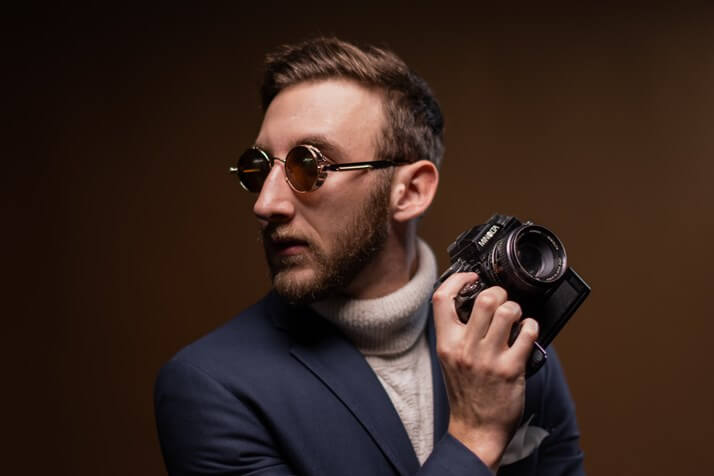 It’s very easy to like Sam because he’s very aware and honest about what he does, he’s funny, witty and always puts himself in the middle of the joke, all of these traits coming into play in this hilarious verse from Camera Man:

Your girl liked my photo? It would appear so

Cause she crashes at my house more than Premiere Pro

Sam Newton, I’m a man of many talents

A white guy who raps you should check my white balance

Watching his videos, it’s clear that Sam goes all-out in everything he does, whether it’s a “regular” travel video, a comedic video or a music video. “I absolutely love originality, put a ton of effort and go big for one silly punchline or a dry dad joke,“ he says. “That’s my kind of comedy. Most of my humor comes from watching cartoons growing up, from Spongebob to South Park and Rick and Morty. I just love how silly cartoons always are, and I always want to make people laugh in the same way those shows made me laugh.”

And in December of last year, he went big alright with his 3rd music video. In ‘The New Peter McKinnon’, Sam “called out” one of the most popular YouTubers this side of Casey Neistat and proclaimed himself the new star of YouTube.

“I’ve always looked up to Peter and his ability to make a living creating whatever he wants,” he admits. “When I made the switch full-time Youtuber, I knew it would be helpful to have some of the bigger creators know who I am, so I came up with that concept to grab some attention and pay a bit of respect to a guy that I’ve looked up to for a long time.”

He was right. McKinnon noticed the song and liked the video so much that he did his own video praising the humor and cleverness of the brazen up-and-comer. Then, Sam himself made a video thanking Peter for everything, and things started to get a bit mushy….

Anyway, Sam didn’t stop there. Riding high on the wings of his music video success, he released a 4th rap song, Gear Doesn’t Matter, in time for Christmas. In it, he made fun of creators who pretend not to care about gear while only talking about gear. (while also promoting Artlist and Artgrid’s Holiday Pack giveaway that offered a ton of free digital assets like LUTs, templates and overlays.)

The hilarious video features none other than Sam’s father as Santa Claus. “I got all of my sense of humor from my dad,” he admits. “I knew I wanted to get him into a video but never knew what the perfect time was. It just so happens that he looks like Santa sometimes, so I had him dress up as Santa for me and it was a pretty iconic experience, one that I will never forget. You just don’t get many moments like that with your dad, so it was pretty special to run around and be an idiot with the guy who taught me how to be an idiot.”

After that first collaboration, we got a taste for more, so we reached out and suggested he write a song to be featured on the Artlist catalog in his signature style. “My style is hugely influenced by the comedic music of The Lonely Island,  Lil Dicky and Tiny Meat Gang,” he professes. “I found it refreshing to see people put so much time and effort into such dumb music and I loved that style.”

We wanted to give him creative freedom because we knew it would bring out the authentic Sam Newton. He accepted, and the rest is history. 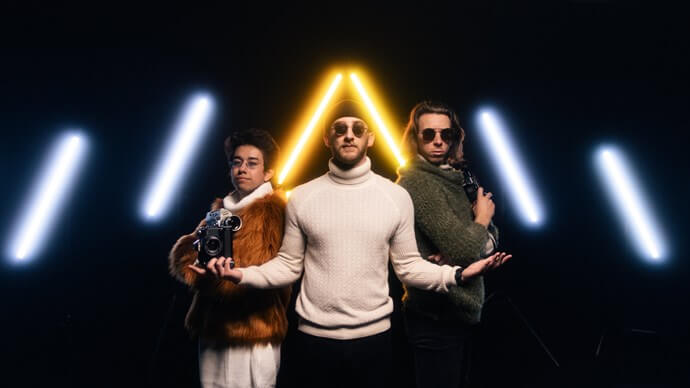 So check out ‘Take the Shot’ by Sam Newton and his beatmaker Mark9 (Marco LeClerc) on Artlist.

And watch the hilarious music video:

As for his future plans, “Man, I have so many songs I want to make,” he tells us. “Me and Mark9 (Marco LeClerc) work together so well, so you can expect a lot more music out of me as long as people are still enjoying it. At the end of the day, making these songs just makes me feel like I’m in high school again creating stupid music videos with my friends, so if I can get paid to live a life like that, then that’s what I’m going to do. I’m having a ton of fun with it, and people seem to appreciate how much effort we put into these dumb songs, so you can expect quite a few more creamy bangers in the next few months.“

How to Find Your Style and Voice as a Content Creator

5 Reasons Why Artlist Should Be Your Music Licensing Site