Icarus is a top-performing Artlist artist who produces dreamy, synthwave indie-pop tracks
His catchy music and elusive persona caught the attention of Four Chan and Redditors early on, keen to unearth the artist’s identity
His first full-length album release coincides with the spooky season and explores isolation, fear, technology, dystopia and the human condition

Icarus’ identity is so well-hidden, some of his close friends don’t even know it’s him. They might listen to his electro-indie synth-pop productions during the day without realizing they have dinner plans with the artist that evening. No doubt his latest album will be on their playlists soon – it’s called Dancing In The Dark, and it’s his first full-length release since he started the Icarus project in 2017. The album wasn’t made with Halloween in mind, but its release date and song titles are particularly fitting for the spooky season. 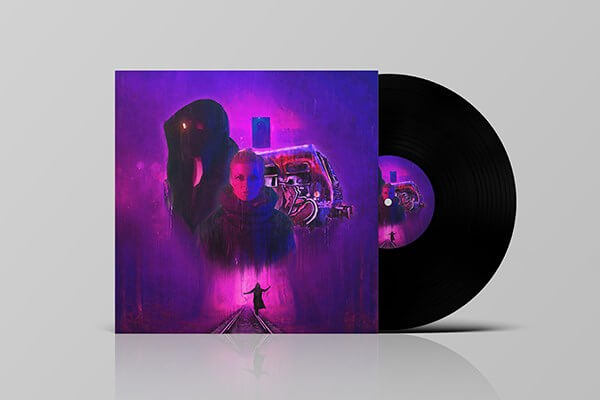 ‘Dancing in the Dark’ is an exciting, uplifting album blending a variety of influences,

from retro funk to pop and rock.

His track Ghouls, for example, is the perfect addition to any Halloween playlist. However, these ghouls represent the dark social politics of the music industry. “Dancing In The Dark” has an eerie quality too – the melancholic piano, slow snares and breathy vocals explore themes of isolation and yearning, while Run For Cover has a distinct haunted house vibe with transcendent synths, robotic vocals and lyrics about screaming into the abyss.

Icarus uses Logic, Ableton Live and Pro Tools to produce the instrumentals on his tracks and adds his own vocals on top. His voice is rich in texture – it swings between guttural and soaring – and his lyrics reflect the difficult situations and emotions he’s experienced. “I keep the lyrics vague, so people don’t realize I’m talking about them,” he says.

Here’s some information about Icarus that won’t blow his cover. He is one of 124,027 people who live in Örebro, the 6th-largest city in Sweden. He has a no-bullshit attitude to life that has been put to the test many, many times. When the artist was 19, he played bass in a relatively successful post-hardcore band which, of course, cannot be named here. He learned many lessons from this experience, one being that he does not care for touring or band politics. When the band split a few years later, Icarus studied music production in Sweden, but then a friend played one of his tracks to another friend who happened to be connected to the Hollywood scene, and they flew him out to L.A. to produce music full-time. He worked with The Voice artists and with a producer for The Jonas Brothers and Demi Lovato. 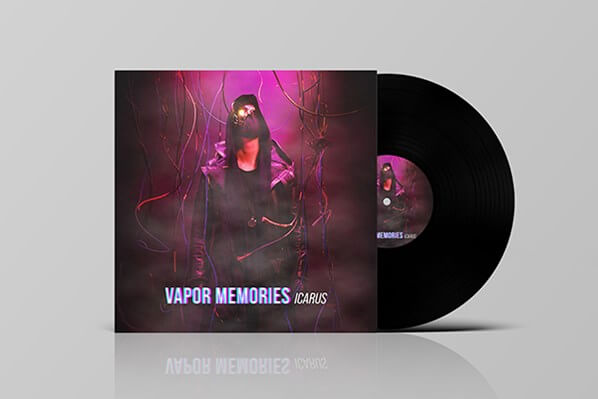 reside in the back of your mind yet you can’t quite grasp. Vocals and writing credit: Primo

Once Icarus was invited to one of Katy Perry’s pool parties, but he decided not to go “because, I mean, I’m not super interested in that kind of stuff, you know? I like creating – and it kind of felt like, you know, I wasn’t invited directly to that party, so why attend? It’s not like she’s one of my friends.”

In Hollywood, the people he was writing music with asked if he’d join their band, but Icarus said no because he didn’t want to spend half his life on tour. His former band is pretty famous now – they played Coachella in 2019 – “but I saw them after their tour, and they were so exhausted, the drummer fell asleep in the bar. So I knew I made the right decision,” Icarus says.

Having a secret identity suits Icarus down to the ground. The project is kind of like a diary for him, a way to process life’s events. He released his first single, Be Somebody, in 2017 – a dreamy, 90s synth-wave teen-pop gem with accompanying graphics. It caught the attention of curious fans on 4Chan and Reddit who were desperate to find out where this astonishing talent came from. Their curiosity meant the track racked up tens of thousands of streams and made him realize the project was well worth pursuing.

The artist known as Icarus has lived many lives within music, but his unwavering commitment to the creative process remains the same. Anything that gets in the way of that, he expels from his life. Touring, live performances, Katy Perry’s pool parties, music labels, fame – he’s not interested. Instead, Icarus wants to write music, record it, send it out to the world and then do it all over again. Visuals are a crucial part of his creative process, and the music videos that accompany his tracks are just as important as the tracks themselves. He writes a lot of music with these videos in mind and feels the track wouldn’t be complete without them. Maybe this is why his music is perfect for video creators.

Artlist is one of the few entities that don’t try to take advantage of me as an artist. You get fair pay for fair work, and a download is pretty much equal in money to an iTunes sale.

The Icarus project explores themes of depression, isolation, capitalism and consumption. He named himself Icarus after the character in Greek Mythology who flew too close to the sun. “It’s a metaphor for humanity’s relationship with technology,” he says. “Lonely Earth is a good example – the video and the lyrics are a jab at social media. The video shows people using technology with world leaders’ eyes demonized. I intercut it with news footage and wars… there are some frames in there that Google didn’t like.”

Icarus’ demonic visuals and deliriously catchy productions have earned him millions of combined views on YouTube, many as a result of his music being featured in videos thanks to his partnership with Artlist. So considering the artist’s no-bullshit attitude, his positive feedback feels extra special.

“I’m very kind when I talk about Artlist, which is very rare for me because I’m usually quite grumpy when it comes to big companies,” Icarus says. “I don’t sugarcoat things. I tell it how I see it. But Artlist is one of the few entities that don’t try to take advantage of me as an artist. You get fair pay for fair work, and a download is pretty much equal in money to an iTunes sale.”

Focusing on what matters and disregarding the noise

Even stripped of vocals, Icarus’ music is charged with emotion, making them the perfect accompaniment to films that want to convey hope, love, loss, desolation, drama and euphoria. Artlist’s users like to use Icarus’ tracks for technology, time-lapse, fashion and cityscapes, and brands like FILA, Sony, BMW and West Ham United have used his music in their adverts and infomercials.

Icarus’ tracks are usually amalgamations of guitar, synthesizers (he favors Microkorg), samples, Addictive Drums, RC-20. He likes to use an ElectroSpit Talkbox to make his vocals sound more robot-ty. Icarus can be picky when it comes to collaborations, but he sticks with it when he finds a great connection. “I work a lot with Quelle T,” he says. “She’s probably one of the most talented songwriters I know. She’s an extremely good vocalist – it’s annoying. She only needs one take. I’m like, why are you doing this? I need to sing next!” You can listen to Quelle T’s soaring, flawless vocals on Machine Heart and All Your Friends. 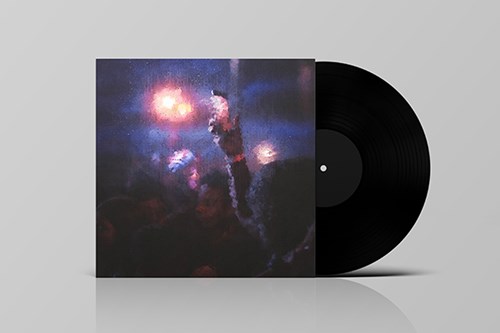 on society featuring retro-electro synths and an indie topline.

Icarus figured out early on what matters to him – and that is friends, family and creating. Everything else is just noise – and that’s why he plans to stay still for the time being, near the deep green forest trails of Sweden, away from the pool parties, the tour buses and the screaming crowds. He’s happiest in his home studio, surrounded by synthesizers and talk boxes. So when his friends ask if he’s heard the new Icarus album, he’ll probably just smile, nod and change the subject.

If you’d like to use Icarus’ music in a film or project, check out his page on Artlist.

Music talk: Omri Smadar Is on a Mission to Hypnotize the Masses

The Best Mirrorless Cameras for 2021

How to Become a Full-Time YouTuber