Artlist partners with MSI to Create an Anthem for Creators 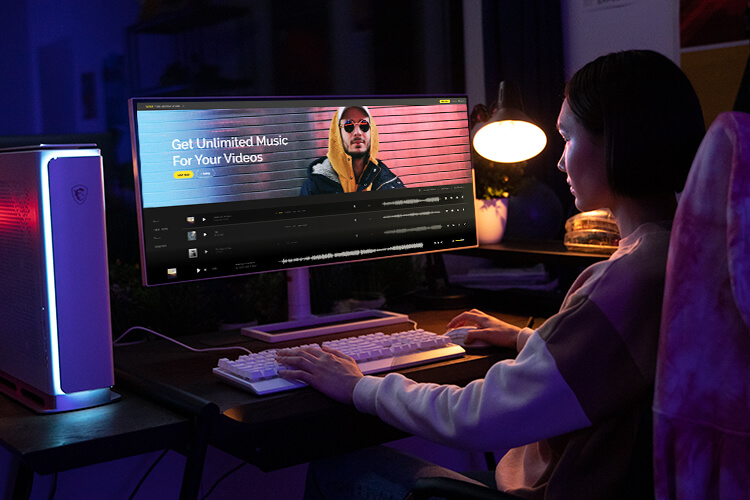 “We find many similarities between Artlist and MSI when it comes to the value of giving creators the freedom to create,” says Artlist’s CMO, Shahar Aizenberg. “MSI has a stellar reputation in the world of gaming hardware and their venture into the world of content creators follows their dedication to excellence. We are sure this new ad will help position both companies at the forefront of the filmmaking industry.

“We have long been impressed by Artlist’s brand marketing and creativity,” says Ted Hung, Computing and Display Business Unit General Manager of MSI. “Since both of our brands speak to content creators, we wanted to have Artlist’s creator-centric image rub off on our new line of products. In the same way that Artlist streamlines the process of music scoring, MSI’s new Prestige line aims to make the workflow of the creator faster and smoother.”

The new ad was directed by Jonathan Vardi, Artlist’s creative director and supervised by Liran Friedman, Artlist’s Chief Creative Officer. It features different types of creators and their passion for filmmaking using both products. It reflects the hectic and exciting world in which independent creators work in their effort to complete their creative vision.

&feature=youtu.be There are two versions to the ad which feature both products. One focuses on Artlist and the other on MSI’s Prestige series. The song featured in the ad, “Howling at the Moon” by D Fine US, which can be found on Artlist, is a powerful rock anthem that embodies the spirit of independent filmmakers.

As one of the leading music licensing companies in the world, Artlist enters 2020 aiming to become a complete solution for filmmakers. They took the first step in that direction in April 2019 by establishing Artgrid, a high-end stock footage platform that provides the same revolutionary subscription-based model and all-covering license Artlist is known for. Artlist continues to improve its platform and grow its music library, simultaneously working on new features, products and services that will become essential tools in the creative workflow of content creators worldwide.

Here Are the Winners of the Artlist & Artgrid Edit Challenge

The Beginner’s Guide to the Steadicam

How to Determine When You’re Finished with Color Grading Video