ANBR is the alias of award-winning composer Adrián Berenguer based in Valencia, Spain
He says composition is a form of therapy and works to translate the human experience into musical form
The emotiveness and humanity of his tracks make them the perfect accompaniment for adverts, video games and films

ANBR, also known as Adrián Berenguer, remembers the exact moment he fell in love with classical music. “I was 5, and my mother bought me Fantasia on video, and I watched it again and again and again.” He says all the kids in his class had Walkmans, and they’d swap cassette tapes with each other – they’d fill them with pop, hip hop, dance tracks. “No one wanted to swap with me,” Adrián laughs. “My tapes were full of classical music.” As a teen, Adrián expanded his musical repertoire to The Beatles, Radiohead, Kasabian, Muse. But classical music will always be embedded in his soul.

Adrián is chatting from his studio in Alicante, a coastal town in the southeast of Spain. He has a beard, square glasses and a shy smile. There’s an electric guitar mounted on the wall behind him and an acoustic guitar on the floor. A big white shaggy dog lies on a sofa with one paw on a ukulele next to some anime posters and expensive-looking speakers. Adrián’s softly spoken and modest for someone so excessively talented, but he comes to life when he talks about music and how he’s able to spend every day living out his passion. 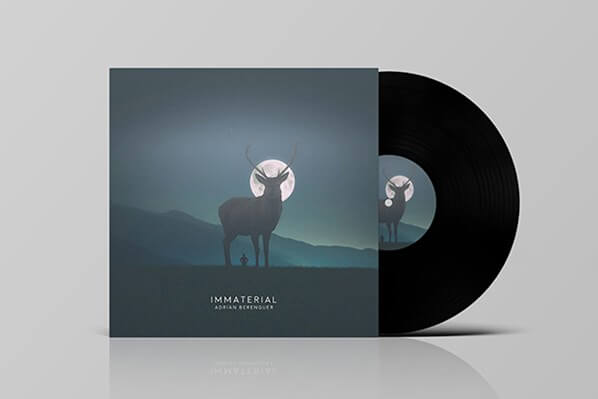 ANBR’s latest album ‘Immaterial’ is a collection of cinematic Orchestral

Adrián began his musical studies when he was 10 at Vicente Lillo Cánovas Professional Music Conservatory in San Vicente (a small town near Alicante). He spent the next 8 years mastering saxophone and playing in some of Spain’s most prestigious bands and orchestras. In 2015 he joined the band Pura Mandanga and spent the next 3 years playing Spain’s signature salsa-inspired music, inducing hips to sway and arms to flail on dance floors across the country. It was through his band that he met producers and filmmakers who needed music to accompany their visuals.

Adrián’s first break came in 2017. A filmmaker asked him to produce the score for a short film called Thurbomix about kitchen-appliance salespeople. The collaboration was such a success the production company recommended ANBR to their contacts, and the projects started rolling in. Now ANBR is known across the industry for his emotive, cinematic soundscapes designed to accompany visuals. He composes on demand, working with numerous clients across multiple industries, including fashion, gaming, automotive and technology. ANBR’s music does more than contribute to a brand’s essence – it actually helps build it.

Adrián says his creative process always starts with listening. “I’ll listen to tons of different styles of music and take inspiration from each of the different genres,” he says. Once Adrián has an idea of his direction, he’ll select instruments that best fulfill his vision. His expansive musical knowledge means he instinctively chooses soundscapes that embody the emotions he means to convey. He’ll compose the track using a mixture of his own analog recordings and electronic programming, drawing on his multi-instrumentalist background to free-style until he finds the melody he’s looking for. “I’ll use Logic and different music libraries to try out a mix of instruments to find the best sound possible.” Adrián loves combining classical instrumentals such as strings, brass and percussion with electronic production. This, along with his emotionally intelligent composition style, makes his sound completely unique.

In Jaguar’s European Car of The Year advertising campaign, a grey Jaguar glides sleek as silk through the streets of Copenhagen, speeding along roads accompanied by urgent violins and tinkling piano. ANBR’s Continent recreates the adrenaline and tranquility that comes with riding in the magnificent Jaguar I-Pace.

It doesn’t stop there. Hyundai, NASA, Coca-Cola, Chanel and BMW are just some of the brands that use Adrián’s music to breathe life into their products, not to mention countless short films and video projects. Adrián says the final step in his composition process is to make sure the emotional element is there. “I just take my own feelings, emotions and experiences and channel them into the music,” he says. “It’s very satisfying to express myself this way. It’s like going to see a psychologist.”

Recently Adrián has enjoyed designing scores for video games. “It’s super interesting because usually when you compose a track, you have a fixed amount of time to convey your message. But with video games, you never know how long the song needs to be. One player might take 2 minutes, and another might take 5 minutes for the same battle, so I have to make a song that can be adapted to that. It’s super challenging and interesting.” Adrián’s produced the score for 3 video games so far and is working on 2 more at the moment. “I’m pretty busy right now,” he says.

If classical music is Adrián’s biggest influence, then film comes a close second. Adrián’s grandfather owned a cinema in Verdegás (a small town near Alicante), so he grew up going to the movies at least twice a week. Besides Disney’s Fantasia, Adrián’s favorite films are There Will Be Blood, 2001 A Space Odyssey and Pulp Fiction. He’s heavily influenced by film composers and cites the German composer Hans Zimmer, who’s written scores for over 150 films, including Inception, Gladiator, Pirates of the Caribbean and The Lion King, as one of his biggest inspirations. James Newton Howard’s another – he’s a composer, conductor and producer from America who wrote the soundtrack for The Village, Blood Diamond, The Hunger Games and dozens more.

Adrián believes the most versatile and creative way to compose is to combine classical and orchestral elements with electronic programming. In just over 4 years, Adrián’s used this technique to produce over 100 tracks, including 6 albums. “I prefer to release full albums; that’s why it usually takes a little longer to get them out,” Adrián says. He’s working on a 15-track album at the moment, available on Artlist early next year. “I try to explore different experiences and sensations penetrating into the human soul,” he says. “I always try to make songs focused on feelings or moods that I live myself.” 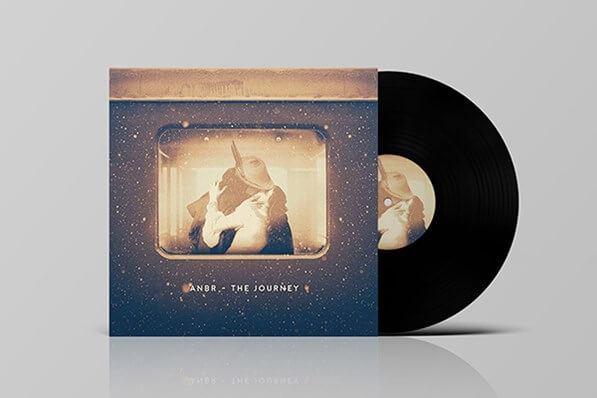 In ‘The Journey,’ different elements, from dreamy piano and orchestral

Adrián’s first album, “The Journey,” will always hold a place in his heart as it helped him break through in the industry. However, he is most proud of his 2019 album “The Art of Loneliness,” where he pushed his technical and imaginative boundaries and created a groundbreaking work of cinematic art. 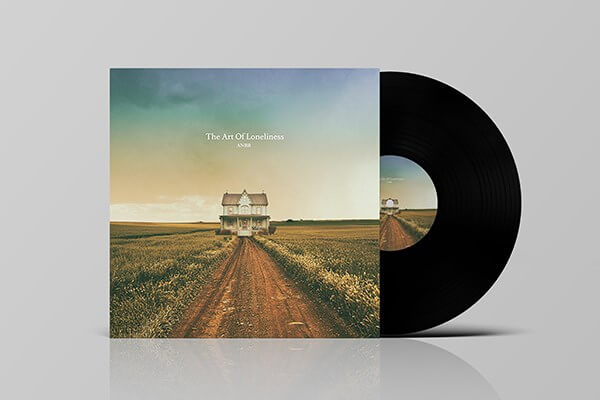 Led by elegant and assertive strings, the cinematic compositions on

‘The Art of Loneliness’ create a dramatic atmosphere filled with intense emotions.

Adrián’s career has begun relatively recently, but that hasn’t stopped him from winning 2 prestigious awards – one from The International Festival of Environmental Films Chefchaouen and the other from Playstation Talents Music. Adrián’s dream is to produce scores for Hollywood, to step into the shoes of LA’s greatest producers and create soundtracks to get lost in. His partnership with Artlist has helped him reach millions more listeners, which has meant the world to him. Not just because the increased listenership propels his career, but because composing is Adrián’s way of sharing the depth and breadth of the human condition with whoever needs to know they’re not alone.

If you’d like to use ANBR’s music in your film or project, check out his page on Artlist.

How to Make a Cinematic Scene Using RGB Lights