What to Check Before You License Music

Before we get into royalty-free music and music licensing companies, it’s important to know that the relationship between filmmakers and music has evolved quite a bit over time. Although initially treating music in films as a purely functional tool, creators now acknowledge the powerful artistic impact it holds. And although so many things have changed in filmmaking and in the film industry, thanks largely to technology, copyrights, royalties and the process of licensing music o use in videos have pretty much stayed the same. 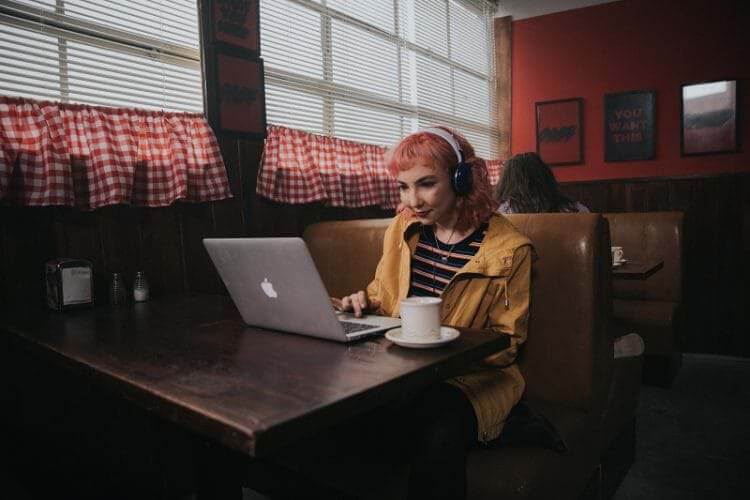 From film scoring to music licensing for videos

In the past, filmmaking was limited to a handful of people, but these days, John Milius’ quote that ‘everybody’s a filmmaker today’ is accurate more than ever. In its early days, film music was played live during the screening of a film. Slowly but surely, filmmakers started to realize the musical soundtrack’s power, but the technology of synchronizing music and sound to celluloid did not exist. During the 1930s, with the advent of talking movies, they started matching the written music to the film. Soundtracking continued to evolve, incorporating more and more genres, using original scores written especially for the movies and “repurposing” popular songs to film scores. One of the pioneers in that area was Quentin Tarantino, whose soundtracks of retro surf, funk and oldies became iconic.

Today, how to know if a song is copyrighted is a pretty straightforward process but it wasn’t always like that and many filmmakers didn’t bother to check whether the music they wanted to use in their movie is copyrighted. And Somewhere along the way, companies started to realize they could make money off of that. One of the more famous examples of that was the popular birthday song Happy Birthday to You, written in the late 19th century and copyrighted in 1935 by Warner/Chappell Music. The company sued for royalties filmmakers who unawarely used this song and made tens of thousands of dollars until the copyright was challenged in court and ultimately annulled. However, except for a few instances, licensing music was a very pricey affair, and getting permission for using a song in a film cost thousands if not tens of thousands of dollars.

With the rise of YouTube and online video creation, a gap began forming between the high price of licensing popular music and the growing number of budget-challenged filmmakers. You could license-free music, but the need for affordable music for videos was borne, and it was first initially filled by stock music. Stock music is mostly generic and unsophisticated sounds cheaply made and cheaply sold. However, with the improvement of video quality, the prospect of paring a video with low-quality robotic sound became less appealing.

Enter music licensing companies. Platforms – like Artlist – decided to reach out to real aspiring musicians, offering them a real business opportunity by paying them for the rights to sell their music license to video creators at a relatively affordable price. This resulted in a win-win situation for both sides – independent musicians found another income source from their music. Simultaneously, creators didn’t need to break the bank to get a quality soundtrack for their videos.

What to compare in royalty-free music sites

Today, the options you have are either license-free music or turn to one of the many royalty-free music providers out there. But, before you sign up to the first site you see on Google, here are some things you must check to make the right choice:

Some platforms boast having a massive selection of music. While that sounds nice on paper, once you start searching the site, you get lost in the huge ocean of songs, and finding the song you’re looking for can take hours. Instead of looking at the number of songs, make sure to choose a website that lets you find what you’re looking for the fastest. 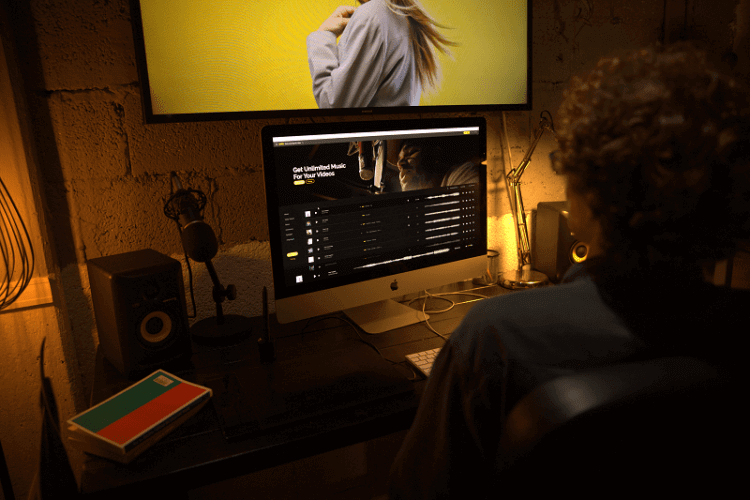 If you’re looking for royalty-free music and not stock music, then chances are that quality matters to you. Some sites that offer royalty-free background music for videos take music quantity over music quality, so you need to compare the quality of songs between sites and choose the one that matches your standards.

While copyright-free music sites broke into the scene to simplify the process of getting music for video projects, many fine prints hide behind the license, making music licensing less straightforward. Let’s break it down into three points to see what is your best option for easy song licensing:

How to license music for video

Watching a video without music is like eating a plain pancake – pretty bland. Choosing the right background music for your videos has become an essential part of a creator’s workflow, the only question is where to get it from. Free uncopyrighted music and stock music are options, but their quality is questionable. Creators looking to get a music streaming license for popular music will need to prepare to spend a lot of money. But, If you want quality licensed music for videos without breaking the bank, you should look for royalty-free music. Compare between the music licensing companies available the ease of use, music quality and terms of their license and choose the right platform for you. You are more than welcome to check the selection, quality, and easy song licensing at Artlist and see if they fit your needs.

I’m sure they will.

Public Domain Music – What Is It and Should You Use It?

Choosing the Right Capture Card for Your Game Stream