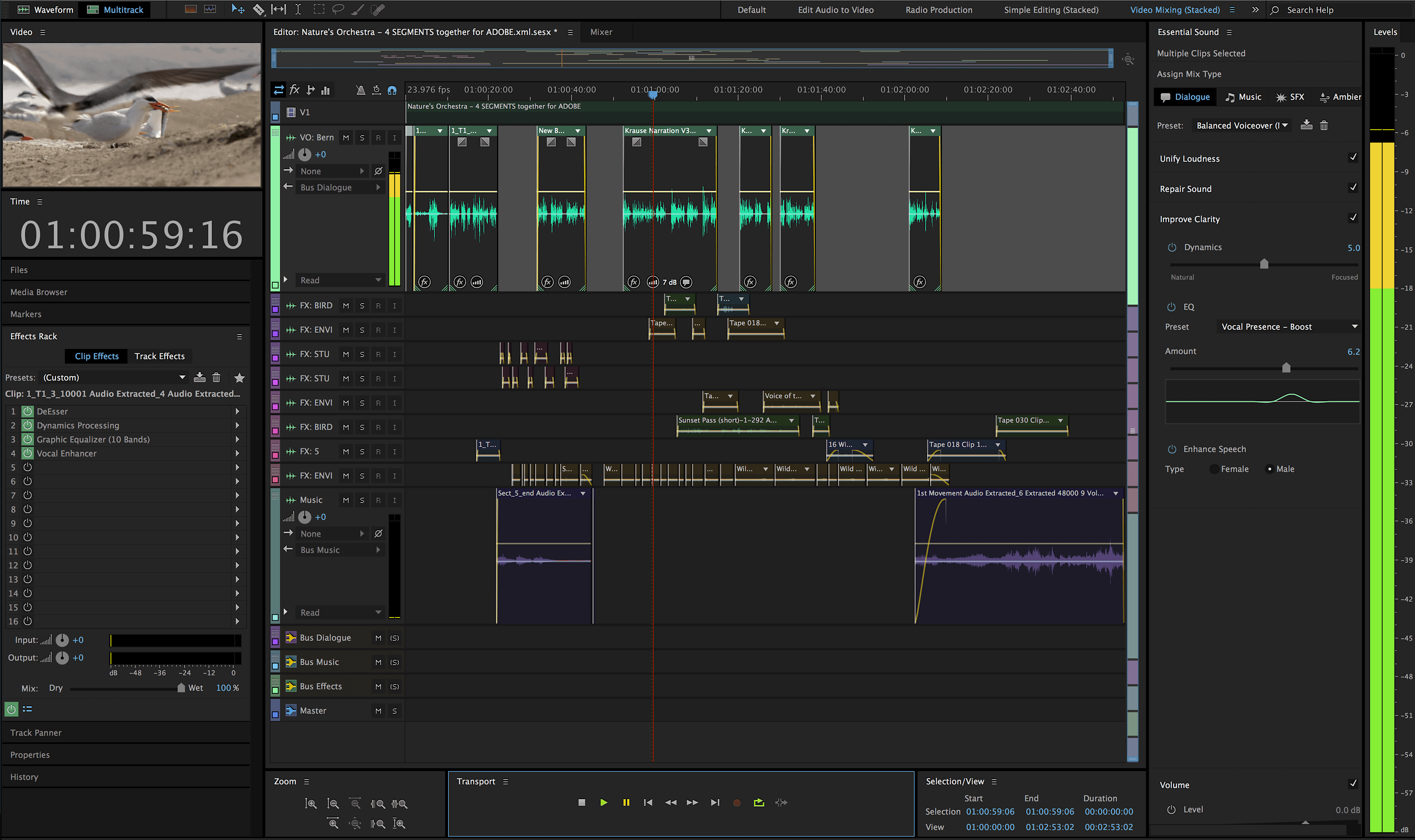 This evening, Adobe unveiled the upcoming version of Audition, and it includes one of the most important features they've added in years.

It's called the Essential Sound Panel, and it puts professional audio mixing tools and workflows at your fingertips, even if you know nothing about working with audio. If you're familiar with the Lumetri Color Panel in Premiere Pro, you already understand what Adobe is doing with the new Essential Sound Panel in Audition. Basically, it's a way for editors to tap into Audition's powerful effects in a simplified, streamlined manner that makes it much easier to get the audio mixing results you want without having to endlessly tweak confusing effects that you may or may not understand. Just like you don't need to be a professional colorist to get great results from the Lumetri Color Panel, you don't need to be an audio engineer to put together a professional-sounding mix for your film. Here's the Essential Sound Panel in action:

The best part of this new panel is that it doesn't take away power or customizability from Audition's native effects. Though the controls on the Essential Sound Panel are extremely simple, everything you do there is tied to a native effect, which a more experienced user can go in and tweak just as they would have prior to the introduction of the new panel. All of the power is still there. It's just easier to access now thanks to the Essential Sound Panel.

In the past, once you were finished mixing your project in Audition, you always had to send it back to Premiere so that it could then be sent to Media Encoder. Not the most efficient workflow by any stretch of the imagination. In the 2016 update, however, Adobe has added direct export from Audition so that you can send projects directly to Media Encoder. Here's an excerpt from their press release which explains the new workflow option:

Export video projects with finished audio directly with Adobe Media Encoder, saving the trip back to Premiere Pro. All formats and presets are available, including formats which support re-wrap to minimize re-encoding video. Get full control over audio channel streams for multichannel audio formats, such as MXF, ensuring compatibility with your workflows and standards.

Adobe is notoriously tight-lipped when it comes to telling everyone exactly when their major updates will be released. However, if the past few years are any indication, you should expect to see these updates in the Creative Cloud app sometime this summer.