Many people know Adi Rotem as a pop music producer who’s worked with some of Israel’s biggest artists
But when he teamed up with Artlist Original in 2018, he began exploring a totally different side to his creativity under the alias Curtis Cole.
4 years later, Adi says his 2 musical personas feed into each other and make him a better artist, producer and creator

Adi Rotem has got his finger in many musical pies. He’s a professional session guitarist and has played live with some of Israel’s top musicians. He’s also a pop music producer and has worked on some of the country’s most well-loved hits. Plus, he’s the co-founder of Mediterranean Sea Studios, the beating heart of Tel Aviv’s music scene and one of Artlist Original’s top-performing artists. Although not in the genre you might expect.

From hobbyist to pro

In his decades-long career, Adi Rotem has helped shape Tel Aviv’s cultural soundscape, using his studio to provide a space for young talent to flourish and producing tracks for scores of artists. Today Adi’s speaking from his new studio in his hometown of Kefar Sava after years in the heart of Tel Aviv. Kefar Sava is a 20-minute drive from Tel Aviv (1 hour with traffic) and has long been a breeding ground for local musicians. “When you get to third grade, everybody’s assigned an instrument,” Adi says. “I was given the trumpet, but I didn’t want to do that, so I swapped it for piano lessons.” Adi enjoyed playing piano but found the lessons a little dull. So when he hit teenhood, he switched to guitar and quickly mastered his favorite Metallica songs.

“It’s not common to start as I did, but I took music very seriously.”

“I had a band with my friends called Mine Sweepers,” he says. “We mostly played covers, and we had one original song, which was much worse than the covers.” Adi loved performing with his band, but his parents didn’t consider music a viable career despite his early successes. So he studied Media and Communications but couldn’t stay away from music for long. So he launched his own show on the student radio station, hosting live bands and often joining in himself. That’s when his guitar-playing skills caught the attention of the local musical elite.

“I was playing as a hobby,” Adi explains. “And then I was asked to perform at a popular local performance theater, and that show was amazing.” Afterward, Adi booked a weekly live show as a supporting musician. “And after that, things escalated really quickly.”

That escalation came in the form of dozens of gigs a month, with Adi playing in multiple bands simultaneously. Suddenly, as if by accident, he was a full-time musician. “It’s not common to start as I did, but I took music very seriously. I had the best guitar, I practiced my ass off, I had the best pedals, and I knew many songs. I was ready for it.”

Adi maintained this unwavering commitment throughout his career and applied the same attitude to producing, which also happened by accident. In 2016, the same year his guitar career took off, Adi was recording with a singer when she noticed his nifty Ableton skills and asked if he’d be interested in learning how to produce. “So we went to her studio, she taught me how to produce, and that’s how I dived into mainstream music.”

Soon Adi found himself producing the music for a very popular rock cabaret. “That was a great local success. We just sold it to a theater in Canada, and we all flew out last month to teach them everything.”

He recently worked on a track with Turkish singer Mabel Matiz called “Hanfendi” which hit number 1 in the Turkish charts and came second in Turkey’s Song of the Year award.

With Adi on an unstoppable roll, it was only a matter of time before he joined forces with Artlist to shape the digital soundscape. He’s been part of Artlist’s catalog since 2018, but not in the format you might expect. Adi was well-versed in producing pop music, but Artlist Original had a different genre in mind. “They asked me to produce electronic music on the verge of EDM,” he says. “It was crazy because I’d never produced that before, but I really enjoyed it and became good at the genre very quickly.” Adi created an alias called Curtis Cole and quickly embraced his new identity as an EDM artist.

“If it weren’t for Artlist, I wouldn’t have explored all these different types of sounds”

Now Adi has made nearly 100 tracks for Artlist Original, mostly under this electronica style. “Some were influenced by hip hop, some by world music, some from gaming. Looking back, this really helped me as a producer. It helped me understand song structure and sound design.” Adi says that Artlist’s briefs pushed his creativity forward because he’d often have to create sounds that didn’t exist. As a result, he’s built a massive catalog of experimental sounds, making him a more versatile and experimental producer.

Adi says “Teenage Dream” is one of his favorite Artlist productions.

“It was the first track that really took off on streaming platforms. It’s super groovy and like nothing I’ve ever heard before. I couldn’t believe this song came out of my mind because it’s so original.”

“Ratata” is another one of Adi’s favorite Artlist tracks.

It’s a high-energy, percussion-based production that takes influence from Brazilian, world and samba music. Fun oozes out of this track – the bass bounces around like a pinball machine, and the vocals are uplifting and emotive at the same time.

Adi’s excited for the future. He plans to continue working with singers and collaborate with artists from around the world. He’s already worked with musicians from Australia, the UK, Canada and Turkey, but he wants to expand his sound to become even more international. And as for Artlist Original, Adi has no plan to slow down that partnership. “If it weren’t for Artlist, I wouldn’t have explored all these different types of sounds. So I’m really grateful for the opportunity to do it.” 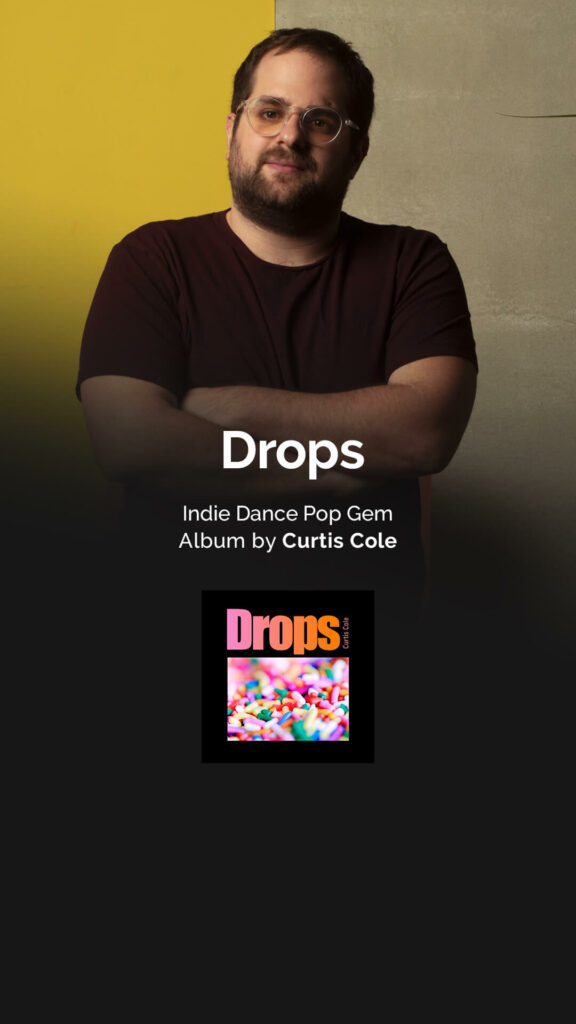 For more Curtis Cole music, check out his Artlist page.

How to Master the Handheld Camera