Meet PDFviewer, an Indispensable Plugin for Your Adobe Post-Production Workflow 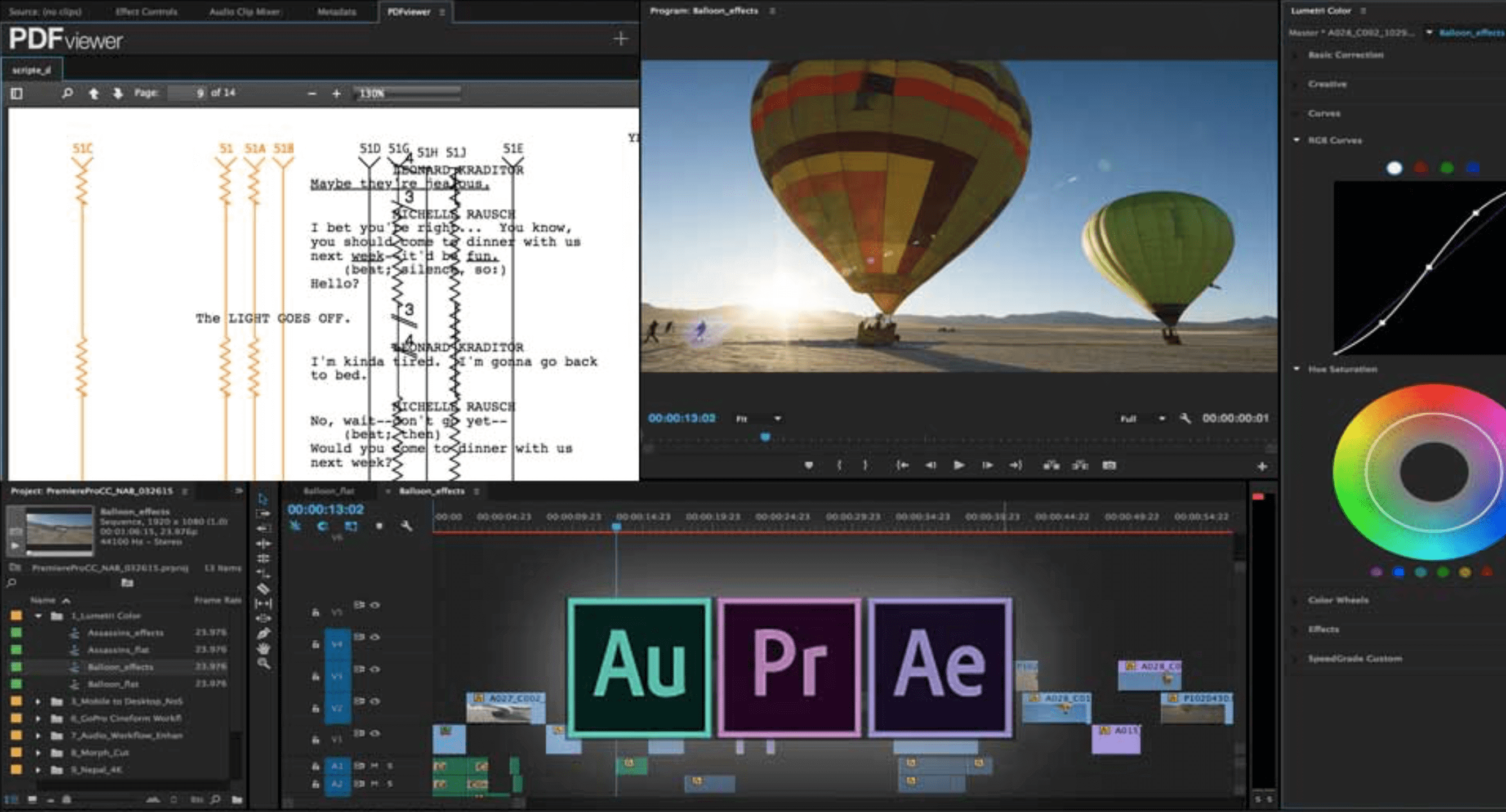 There are few plugins for Premiere Pro and the other Adobe apps that I'd call truly indispensable (especially now that Premiere has powerful color workflows built into it). But for anyone who relies on digital documents when they work, PDFviewer is a must for your post-production workflow. First and foremost, for current PDFviewer users, the plugin was updated this week to work with Adobe's latest round of updates. For folks who aren't using this handy little plugin yet, here's a quick rundown of why it's so useful. Editors, VFX artists, and sound editors are usually given a boatload of digital documents to accompany the footage and media assets they're working with. This can be anything from lined scripts and shot lists to camera logs and notes from the script supervisor. There are tons of different documents that are generated in pre-production and production that ultimately work their way to the post team. So what's the problem, you're likely asking yourself? Well, the issue is that there's no way to natively view these documents inside of Adobe's apps (except for Acrobat, of course). What this means in a practical sense is that you'd have to jump back and forth between windows to view these docs (or keep them open on a separate monitor) in order to use them. It's a minor thing, for sure, but it's annoying and it wastes time and mental energy that would be better spent making creative decisions. And that's where PDFviewer comes in. Basically, it allows you to open a PDF document and treat it like any other panel in Premiere, Audition, or After Effects. Just dock the PDF where it most makes sense for your workflow, and then you're free from needless window switching. Here's Ray from Primal Cuts to show you how it works:

And here are some helpful tips and tricks for PDFviewer:

Now for the best part. Unlike some of the other specialty plugins for Adobe programs, which can cost hundreds of dollars, PDFviewer is just $10. For something that will likely become an integral part of your workflow and save you more time and energy the more you use it, that's a steal. Anyway, the latest version of PDFviewer is now available on the Primal Cuts website, and it's available for Premiere Pro, After Effects, and Audition. I've never used the latter two versions of the plugin, but if they work as well as the Premiere version, then I'm sure they're great. The only downside I can think of is that you'd have to purchase separate plugins for each of the three Adobe programs. But at that price, it's really not a big deal. To learn more about how to use the PDFviewer in your post-production workflow and get it for yourself, head on over to Primal Cuts now.