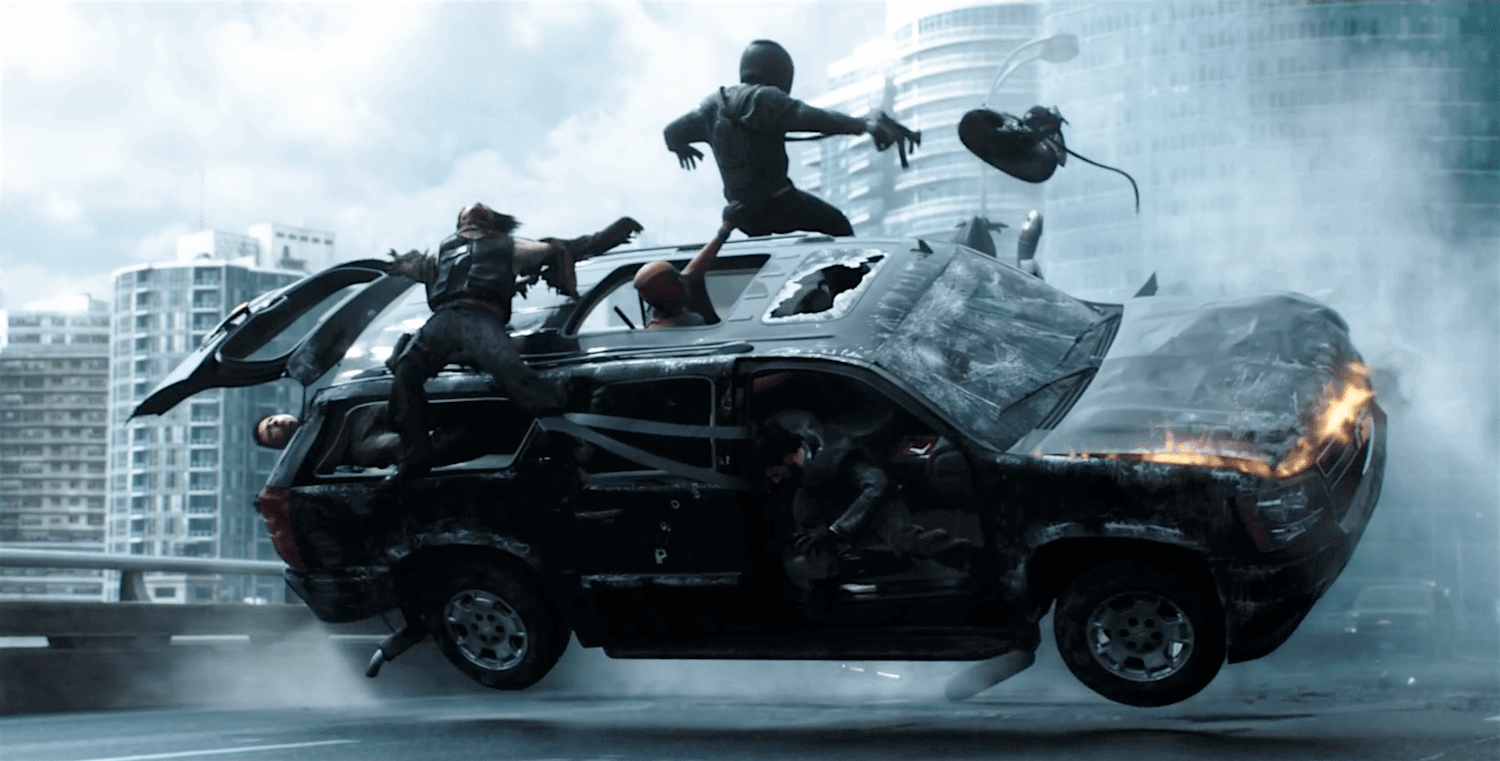 I’m not sure about you guys, almost every VFX breakdown these days tends to bore me. With a few exceptions, it feels like once you’ve seen a few of them, you’ve seen all of them. The same could probably be said for massive-budget superhero movies. However, just as Deadpool broke a ton of rules to become one of this year’s most entertaining flicks, one of its VFX breakdowns is equally jaw-dropping. With superb work from Atomic Fiction, this breakdown of the action-packed highway sequence will likely make your day. Check it out:

There’s obviously a lot going on here in every single frame — more than I could ever possibly talk about. So if you’re interested in reading an incredibly-detailed breakdown of this entire scene, head over to this epic interview with Atomic Fiction’s Ryan Tudhope on Art of VFX. Here’s the bit where Ryan explains just how much work went into that slow-motion SUV tumble there at the end.

The SUV crash, flip, and tumble was one of the most complex sections of the sequence to be sure. These shots involved the most intricate animation, 5 digital doubles and Deadpool in a single shot, complex FX work, rigid dynamics, etc. By this point in the sequence, we’ve also progressed to an area that exactly matches the live action Georgia viaduct location in Vancouver, so our environment had to match that world exactly. For the slow motion shots, Jonathan and I decided to treat them as if they were shot with a high speed camera, so we animated the shots to a higher frame rate, and then sped them up in “post”. This gave the shots a more realistic sped-up look when they went from slow motion to regular speed. We were also able to determine exactly which frames would be throw-away, so we only rendered the frames that would be needed in the final composite.

What do you guys think of this VFX breakdown (or the movie in general)? Share your thoughts down in the comments! [via Filmmaker IQ]

Artlist Mood of the Month – Peaceful

TikTok vs. YouTube: Which Platform is Right for You

Look and Feel: Analyzing the Work of 7 Fantastic Women Filmmakers

Lighting Tips for Setting a Romantic Mood to Your Videos