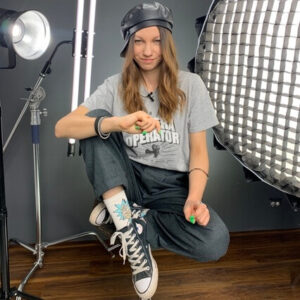 Helena Gudkova, aka CameraGirlHelena, is an Instagram blogger, brand promoter and influencer with over 150K followers. Having started shooting and editing music videos at the age of 16, she later co-founded Born Vision Studio, specializing in music videos and commercial production. She now works with the biggest filmmaking gear brands in the industry, including Blackmagic Design, Panasonic and more. The first short film she produced in 2017 took ‘Best Short Film’ at ANSFF, as well as multiple nominations. She’s since produced two more short films that have been ‘Officially selected’ for many film festivals around the world.

How to get your videos noticed and make them pop

Our mission is to empower creators worldwide to tell their stories through video. We bring opportunity to the creative industry through powerful video editing software, professional digital assets for video creation and accessible learning resources to support you in achieving your vision.